5 Festivals In Himalayas - You Can't Afford To Miss 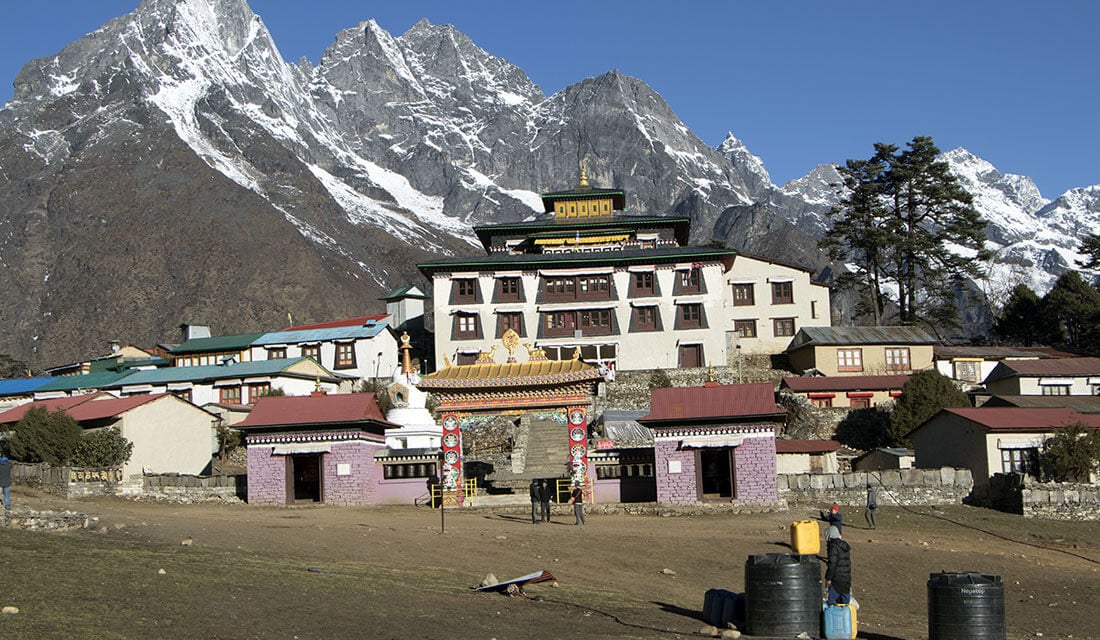 The rich culture and tradition of Nepal are the result of its diverse ethnic groups and communities. The majority of people in Nepal celebrate Dashain, Tihar, Holi, etc. So, the festival of the Himalayan region celebrated by a niche group is overshadowed.

Are you are one of those who love to explore culture while traveling to a place? Nepal is famous for its rich culture and tradition. However, among many festivals celebrated like Dashain, Tihar, Indra Jatra, Holi, etc., festivals celebrated in the Himalayan region of Nepal are less-known. This blog is dedicated to the festival celebrated in the Himalayan region of Nepal. From the thrilling horse race to sacred mask dances for which monks practice in recluse, soak in the festive vibe and enjoy with locals. Discover 5 Himalayan festivals In Nepal celebrated in high spirits before you plan your visit. 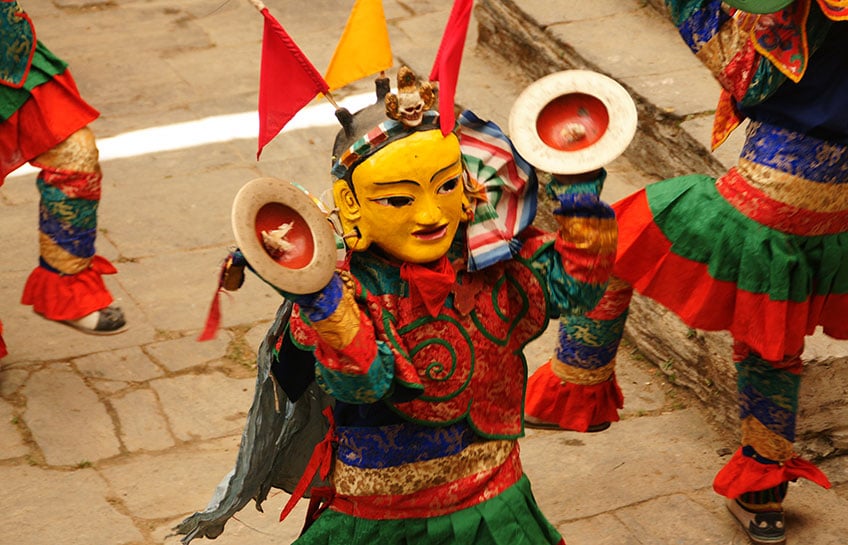 Mani Rimdu is one of the most famous festivals in the Everest region and celebrated in monasteries of Tengboche, Chiwong, and Thame. The festival is celebrated in the 10th month of the Tibetan lunar calendar, and the date of the festival is determined by the head lama of the Tengboche monastery. Generally, Mani Rimdu falls in October or November each year, coinciding with the best time of trekking in Nepal. Enjoy the festive vibe and get a closer look at the local Buddhist culture and tradition in the Himalayas while trekking to Everest Base Camp.

Mani Rimdu is celebrated to mark the foundation of Buddhism by Guru Rinpoche or Padmasambhava in Tibet. The festival is celebrated grandly in the biggest monastery of the Khumbu region, the Tengboche monastery. The beautiful monastery offers a stunning view of Ama Dablam and Everest, among several other mountains.

Although Mani Rimdu is 19 days long festival, only the last 3 days are open for public participation. The festival begins by building a mandala with colored sand, which takes days to complete. Chham or dances with masks are regarded as sacred and only performed in the Mani Rimdu festival. Mask dances are the main attraction of this festival that captivities devotees as well as spectators. Sacred dances with Buddhist teaching are performed by monks who wear the costumes of deities and behave like one.

During these dances, symbolic demons are defeated, chased away, or converted into Protector of Dharma. Further, a fire ritual called Jinsak is performed by monks to allay all harm in the world. The intricately designed colorful mandala is destroyed during Jinsak, and sand is offered to Nagas- the Serpent Gods. Moreover, the monks chant mantras thousands of times for the wellbeing of the entire universe during this festival.

The rituals of Mani Rimdu are symbolic of impermanence and remind us that creation and destruction are part of our lives. 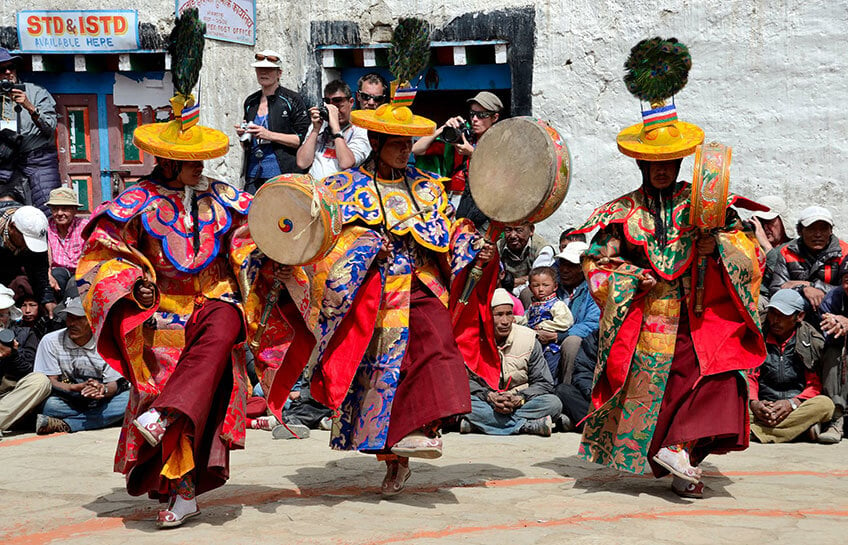 Tiji or Tenchi comes from the term ‘Tempa Chirim,’ which translates as the prayer for World Peace. The festival celebrates the victory of good over evil. Three days Chaam or dance performed by local monks during Tiji is known as ‘Tsa Chaam.’ It’s interesting storytelling of the birth of Dorjee Shunu or Dorjee Jono in the kingdom of Lo to save the region from the wrath of a demon. The demon brought havoc in the semi-arid region by creating a water shortage. Tiji Festival Trek is a popular trek opted by those who love to explore local culture while traveling.

Tiji festival begins with the unveiling of the big and ancient Thanka of Guru Padmasambhava or Guru Rinpoche in the square in front of the palace of Lo Manthang. In the span of 3 days, you will see the depiction of birth, fight, triumph and celebration via sacred dances. The monks of Chhode Monastery perform a series of interesting acts to showcase various events. Monks performing in colorful brocade costumes along with beautiful masks create an everlasting impact. The performances of the monks take an aggressive turn as they depict the fight and ultimately the victory of Dorjee Shunu over the demon.

The main monk performing in Tiji is called Tsowo, and he is chosen on the basis of precedence and superiority of rank from the Chhode Monastery. A Tsowo must know the verses of the scriptures well and be familiar with complete rituals. He also needs to practice the steps that he will be performing for the festival. Did you know that a Tsowo goes through a recluse of 3 months in the monastery as a part of the preparation of Tiji? Only the monks who will be performing mask dance with a Tsowo are allowed to accompany him.

It is believed that obstacles of your life will be cleared away upon watching the chaam with respect and faith in your heart. 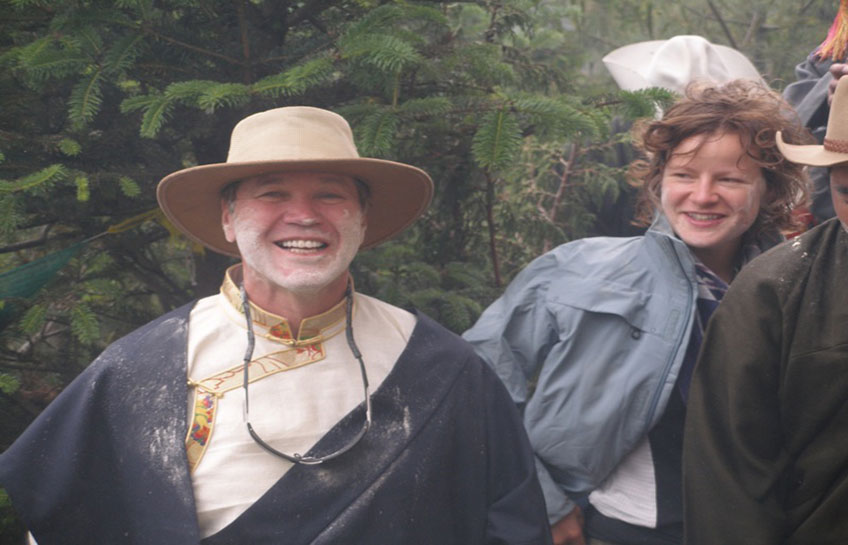 One of the most important festivals of the Sherpa community, Dumji is celebrated with exuberance in the Everest region. Khumjung, Phakding, Namche, Pangboche, Thame of Everest region is lit with the festive vibe. Dumji is celebrated to commemorate the birth of Guru Rinpoche on a lotus flower and the festival usually falls in June or July. The date of Dumji is announced by Abbot of Tengboche Monastery.

Four-day Dumji festival promotes religious values and brings together communities. For the festival, villages are decorated with new prayer flags while traditional mask dances and fire rituals are performed by monks. A group of families comes together to provide food and drinks for the entire village for this 4-day festival. The family that hosts the festival gets help from the other villagers which strengthens the community bond. Each family gets its turn to host the Dumje festival once or twice in their lifetime.  People visit each other’s houses for a feast and have fun drinking, dancing, and merrymaking.

Lama Sangwa Dorje has credited for beginning this festival who also founded initial monasteries in the Solukhumbu region of Nepal.  The main aim of the festival is to allay evil spirits that harm sentient beings while strengthening the community bond. 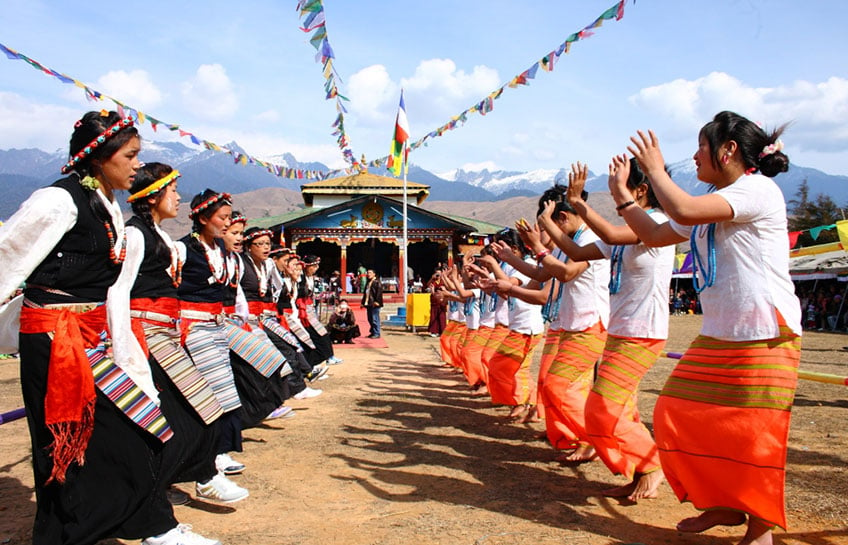 Losar in local language means New Year and predates the arrival of Buddhism. The festival is celebrated especially by the Buddhist communities living in the hilly and mountainous region of Nepal. Unlike other festivals, every community celebrates Loshar at a different time of the year. Gyalpo Loshar of Sherpa Community, Tamu Loshar of Gurungs, and Sonam Loshar of Tamang community are celebrated with much fanfare.

Gyalpo Losar is celebrated by the Sherpa community of the Everest region and usually corresponds to the month of February or March of the Gregorian calendar. Since Losar predates the arrival of Buddhism in the Everest region, people used to perform ritual showing gratitude to their Gods in a local spring. Houses are thoroughly cleaned with a special focus on the kitchen where food is prepared. Food typical to Gyalpo Loshar is Guthuk and Khapse. Guthuk is a special dumpling soup and the soup is prepared with meat, rice, Yak cheese, radish, sweet potatoes, and others. A sweet snack Khapse is a deep-fried pasty. Family and friends gather in anticipation of New Year and they wake up late till midnight to exchange wishes.

Moreover, monks or Lamas chant mantras and fire torches are passed through the crowd. Traditional dances depicting the clash between gods and demons are performed at local monasteries. On New Year, many Sherpas hoist new prayer flags for the fresh start of the year.

Tamang community celebrates the Soman Lhosar on the 1st new moon of the 10th month of Nepalese Calendar. The festival usually falls either in January or February. To welcome the New Year, houses are cleaned and decorated with colorful cloths or papers in doors and windows. Men and women wear traditional Tamang dresses and visit monasteries. Mask dances along with other traditional rituals are performed to chase away negative forces and bring positivity for families and the nation.

Gurung community residing in the foothills of Mount Annapurna and Mount Dhaulagiri celebrates Tamu Lhosar. It is celebrated in the 9th month of the Nepalese calendar and falls in December or January. People in rural areas celebrate the festival by gathering in a courtyard to celebrate while in cities people organize a program to mark the New Year. People dress up in their traditional dresses and accessories, eat a variety of food along with homemade rice beer and wine, and have fun with family & friends. 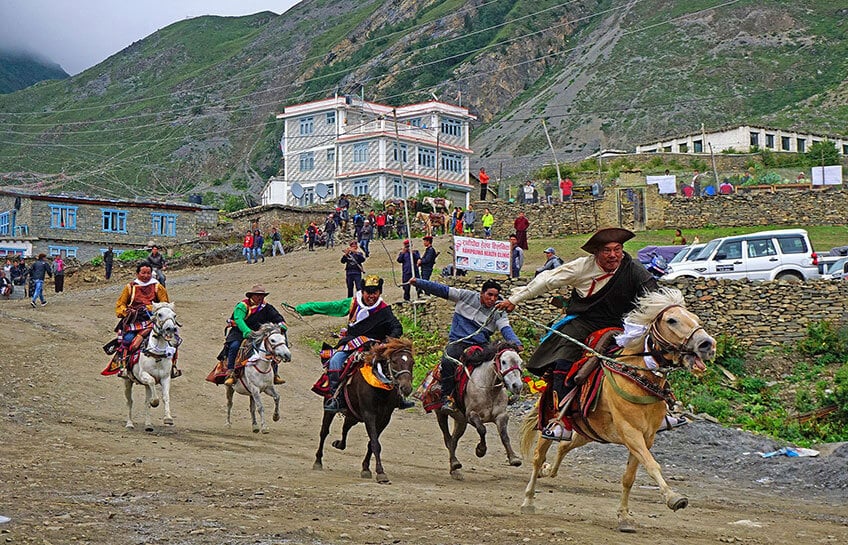 Yartung means a summer festival in Tibetan and is celebrated in the Manang and Mustang regions of Nepal. The festival is famous as the horse riding festival in the mountainous region of Nepal.  It is celebrated sometime around July to September. Check the dates of Yartung with your travel company and plan your visit accordingly. The festival is an occasion to show the incredible horsemanship by men. The rider is supposed to pick up a silk shawl lying on the ground while the horse races in speed. The rider with maximum silk shawl wins the race. Locals as well as tourists, gather to see this thrilling horse race. Also, people dress up in their cultural dress for this occasion.

Further, the Gumbas or monasteries are decorated for the festivity and devotees visit monasteries to pray. With songs, dances, delicious food, and alcoholic drinks the locals celebrate this festival in a lively way. The festival is seen as a means of relaxation and entertainment after hectic hours of labor in the farms.

Drop us a line if you wish to go on a festive trek celebrated in the Himalayas of Nepal. We do arrange tailor-made trips!

*photos used in this post are for educational purpose

AH
Axel Hendricks | Sat Dec 4, 2021
I want to enjoy Tiji Festival? Do you have trek for this festival?
Reply
TE
Travel Expert | Sat Dec 4, 2021
Yes, we do have special itinerary. Please check this URL: https://www.thirdrockadventures.com/trip/mustang-tiji-festival-trek-18-days (Note: You can customize the itinerary :))
Reply 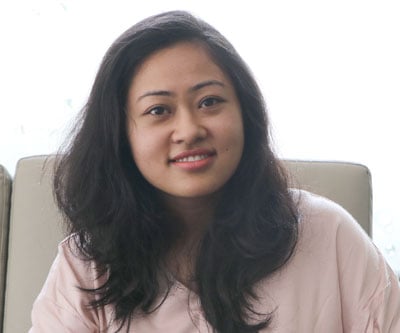 Anjali Kansakar chose to pursue a career in writing. Following her passion for writing, she wrote for web magazines and NGOs before joining Third Rock Adventures writing team. She enjoys traveling, loves to see new places and enjoys putting her experience into words. Her love for traveling has taken her to the hills and mountains.