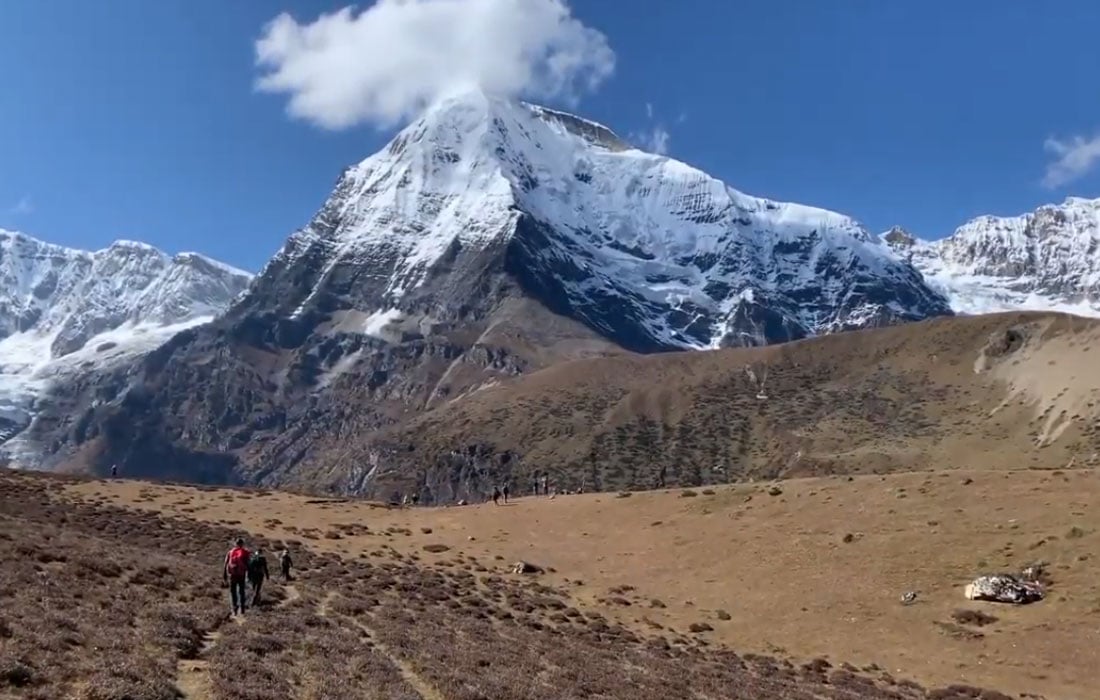 Bhutan’s approach to protecting its pristine landscape and rich heritage has formed a paramount impact in uplifting tourism's value. Treks in Bhutan show these preserved topographies, culture, and lifestyle. The Himalayan country's varied landscape gives hope for numerous kinds of treks from the valley floors to the hills and Himalayan passes.

Trekking in Bhutan ranges across easy to moderate and the toughest treks as well. Some Bhutan Trekking packages like Bumthang Cultural trek are easy but take you to the heart of culture and Buddhist religion. Others like the Snowman Trek are dubbed as the hardest trek in the world as it crosses 11 high passes and spans for nearly a month. The maximum elevation of Treks in Bhutan begins at around 2,000m/6561ft and can extend up to 5,000m/16,404ft and some more. Bhutan's trekking routes walk through lush green forest sand into open pastures and hilltops with visits to ancient dzongs and temples. Hence trekking in Bhutan offers a diverse range of packages trotting from the western end to the eastern end.

Trekking days range anywhere from 2 days to 28 days. If you wish to travel to Bhutan for religious purposes or for visiting the valleys and villages then the short and easy treks are best for you. However, if you are a professional seeking some thrill then the moderate to challenging treks are best suited for you.

Following are the list of 11 Best Bhutan Trekking Packages: 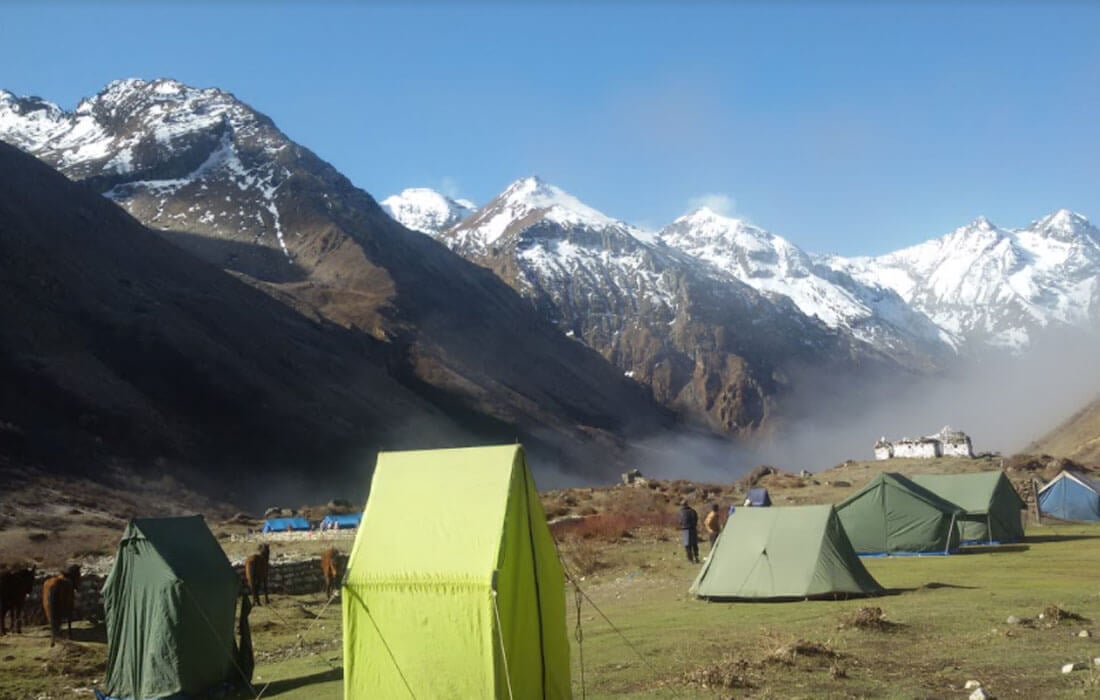 Jomolhari Trek, one of the most popular trekking destinations in Bhutan, follows the route of Jigme Dorji National Park and into Mt. Jumolhari's lap at the Jangothang base camp. Along the trail, you get to witness the lifestyle of the ethnic Bhutanese locals residing in the villages of Sio, Takethang, and Dangochang. Crossing Nylie La and Yeli La's high passes offers pleasing sights of snowcapped mountains, Jumolhari, Jichu Drake, and Tsering Gang. 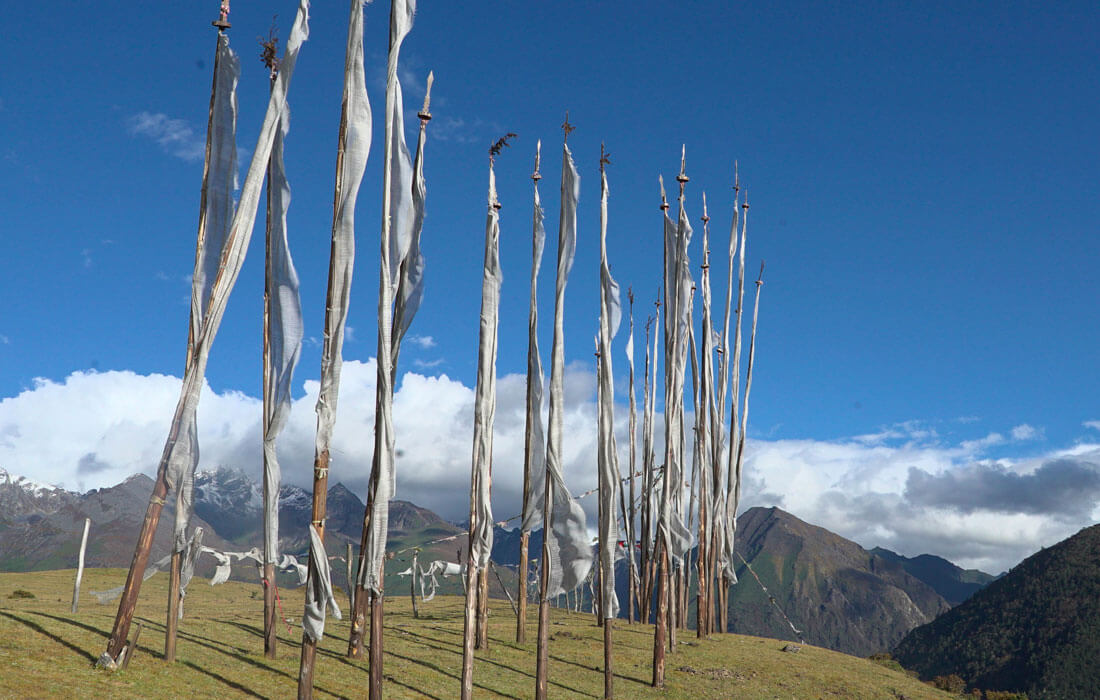 What better way to immerse into the Land of Druk than through the Druk Path Trek package? It takes you to Tiger’s Nest Monastery, Ta Dzong, and Jele Dzong's cultural sites. The trek gets ever so exciting with the vistas of the highest mountain in Bhutan, Gangkar Puensum (7,497m/24,596ft) from your camp at Jimilangtsho. The Druk Path Trek's beauty is amplified by the panoramic views of Jimilangtsho, Janetsho, and Simkotra Tsho lakes. 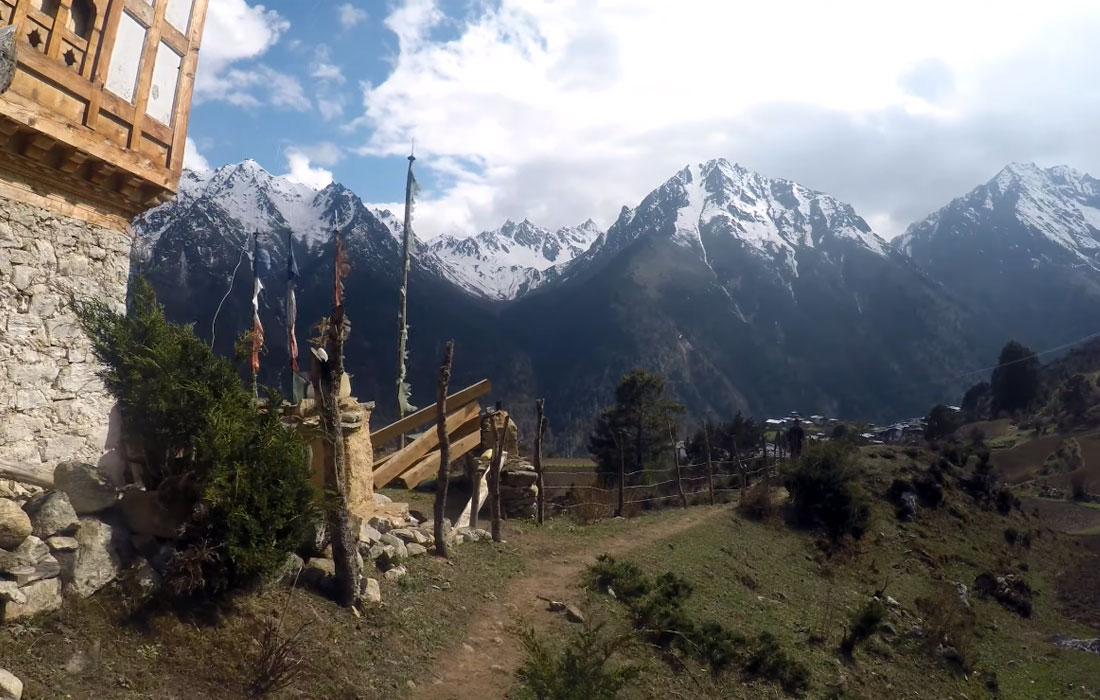 Laya Gasa Trek, one of the best Bhutan Trekking Packages, continues through the first half of the Jumolhari Trek and then into Laya and Gasa settlements' rural settings. The trek crosses some high passes and offers views of majestic mountains like Gangchhenta (Great Tiger Mountains), Kang Bum, Jumolhari, and Jichu Drake. It is particularly famous for the healing Gasa Tshachu hot spring. 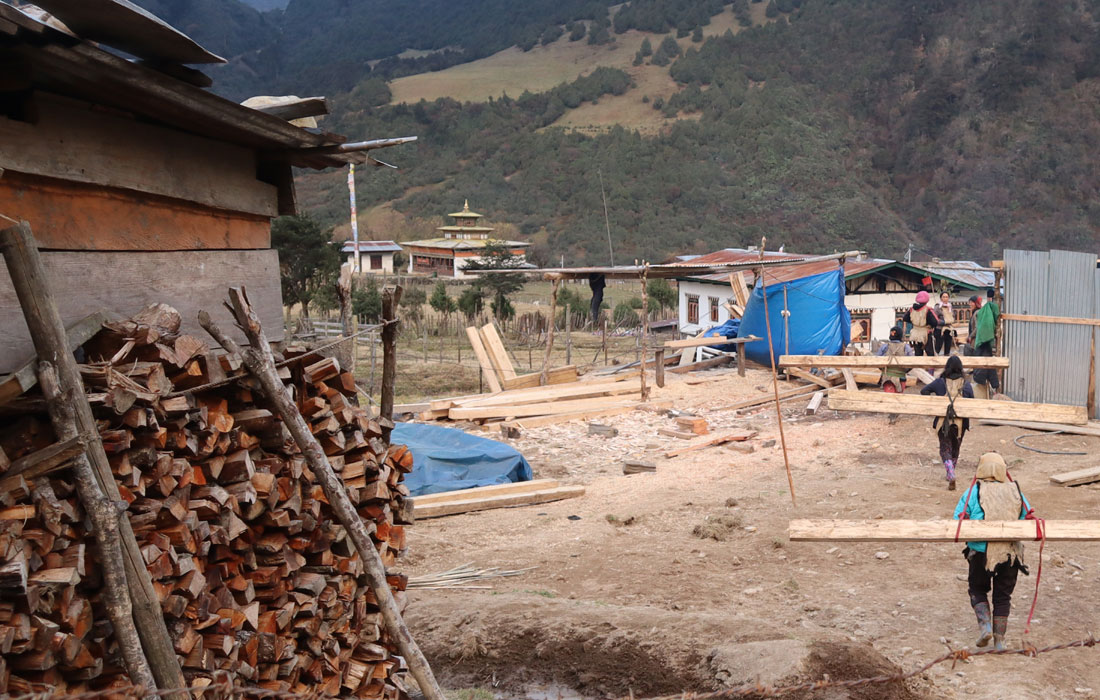 Merak Sakteng Trek and Tour in Bhutan starts with a tour around Bhutan's western end and then traverses on foot into the village of Merak and Sakteng. This trekking package has gained prominence for the opportunity to interact with the ethnic people in the villages along with the excursion to the culturally significant monasteries like Jakar Dzong, Gom Kora Temple, Ranjung, and Chimi Lhakhang, to name a few. 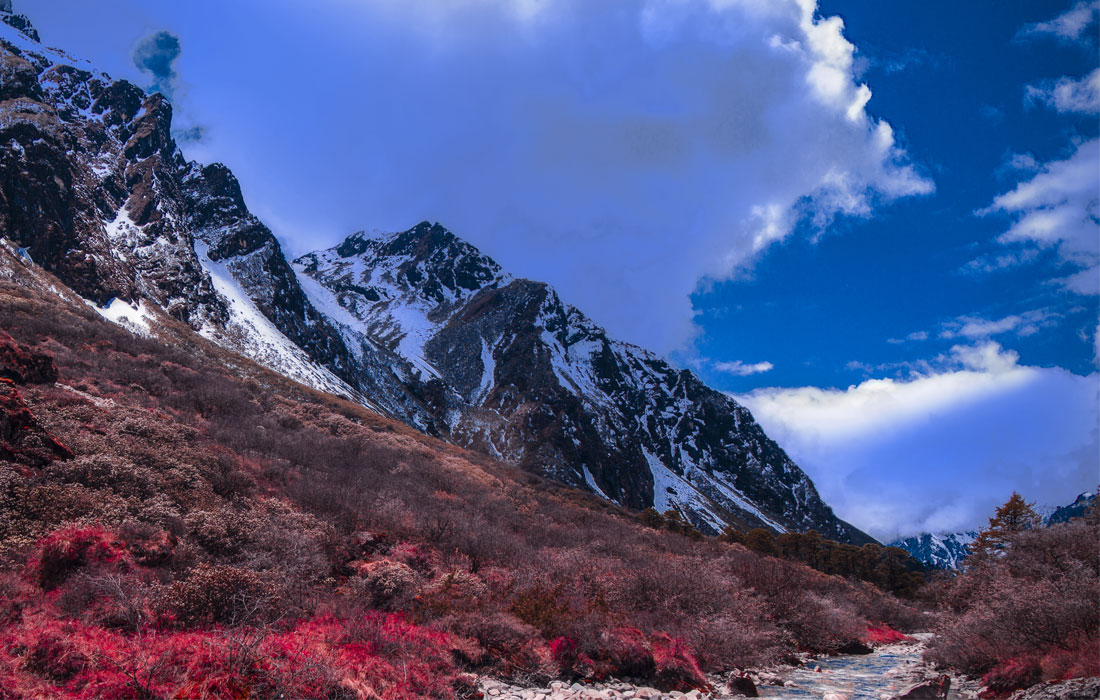 One of Bhutan's interesting trekking packages is the Dagala Thousand Lakes Trek, which offers a visit to some of the most beautiful high-altitude lakes in Bhutan. Camping near the Usho Tsho lake and then excursing to the astounding lakes like Relitsho, Setsho, Hentsho, and Jagetsho is an incomparable adventure. Furthermore, crossing the high passes bestows you with the views of Mt. Everest, Mt. Kanchenjunga, Jhichu Drake, Mt. Dangche Ta, and more. 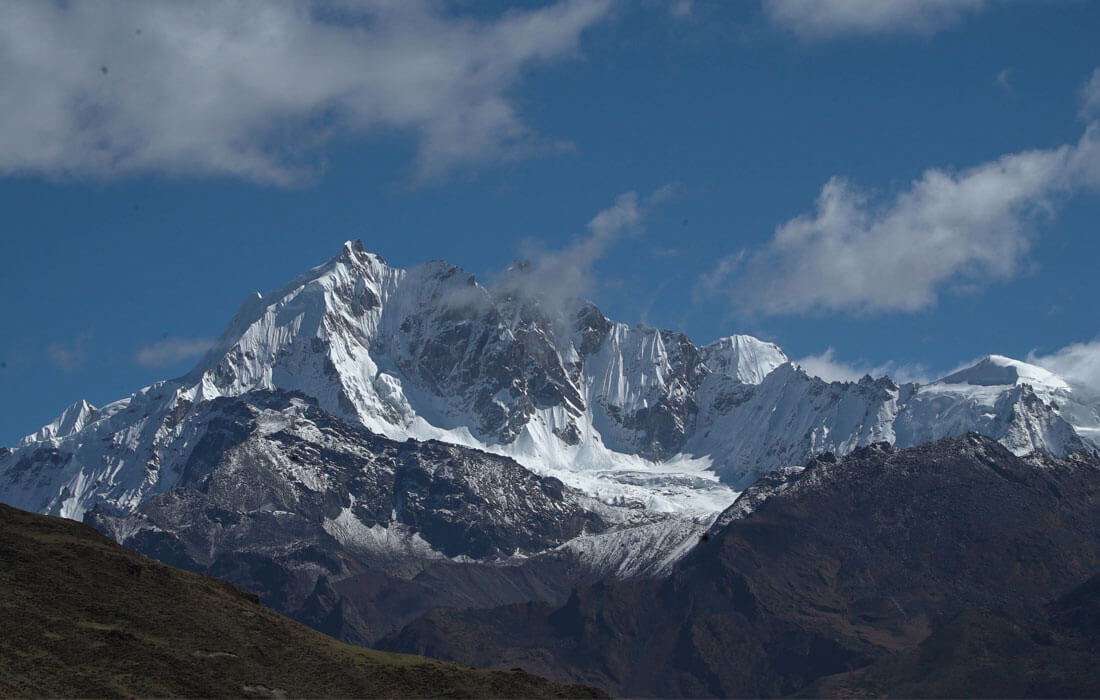 Camping beside the Tsho Phu Lake and in Jangothang base camp, entering into the Hidden Land Rice Valley of Haa, grasping the beauty of high snowcapped mountains like Jumolhari, Teri Kang, and Kanchenjunga, are just some of the wonders of the Soi Yaksa Trek package. The trek observes its major attraction as you enter the Soi Yaksa Valley by crossing the Bonte La pass at 4,890m/16,043ft. 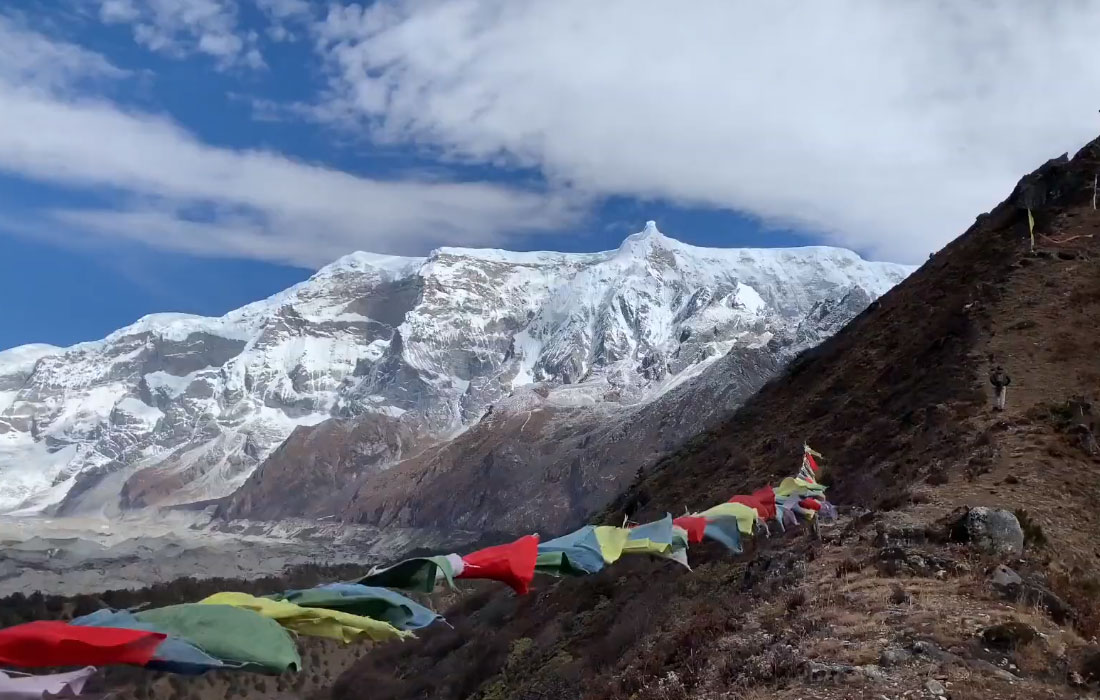 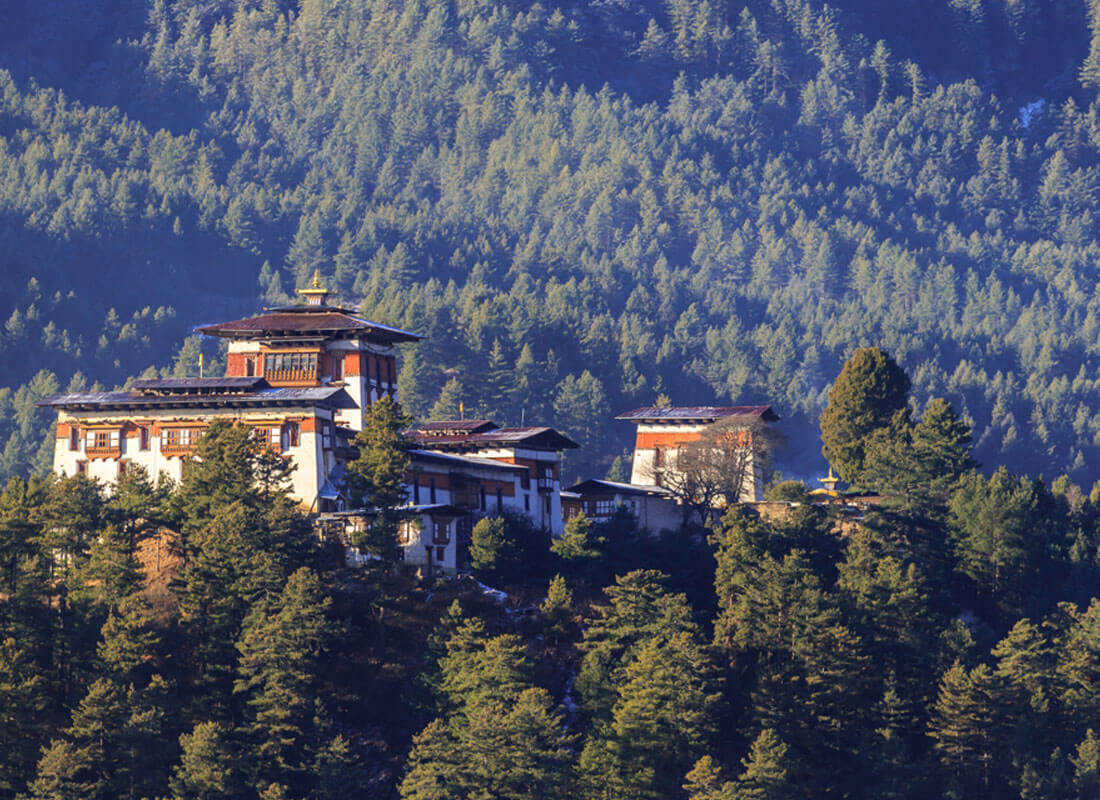 Bumthang Cultural Trek package takes you into Bhutan's religious hub, Bumthang, with many monasteries and temples. It opens up to the Land of Swan at Ngang Yul. The trek's main highlight is at the Ngang Lhakhang, which is known to be the Swam temple, and a visit to Ugyen Choling Palace filled with ancient artifacts. The trek ends after crossing the Mebar Tsho, dubbed as the flaming Lake, and into Jakar. 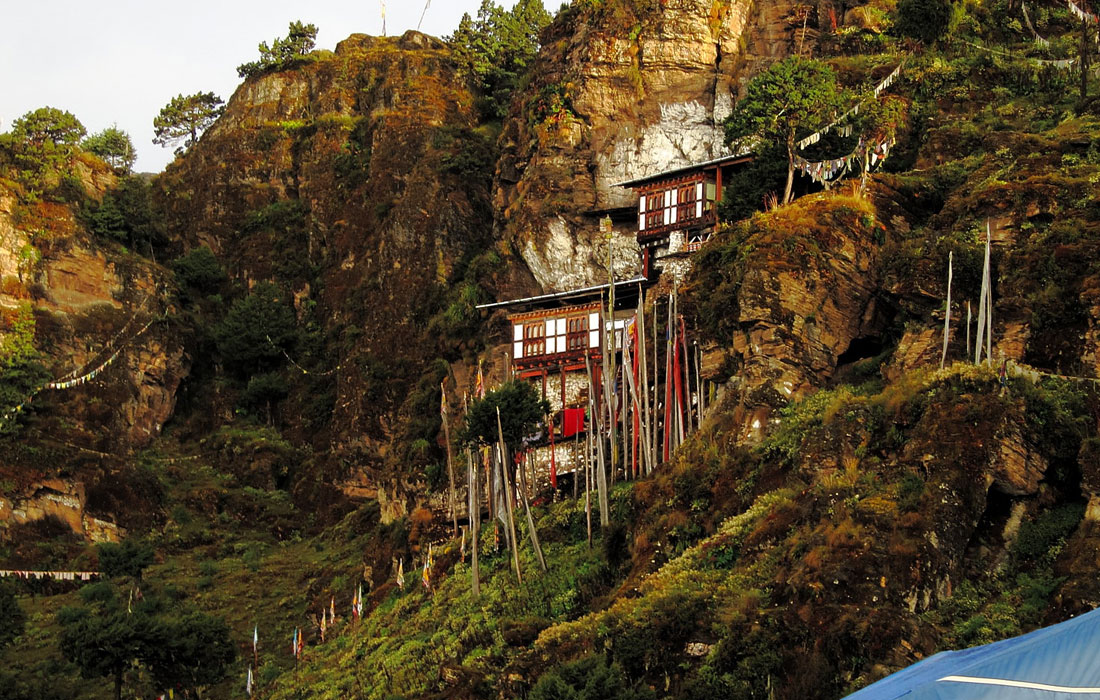 The Bhutan Tour with Bumdra High Camp trek is largely a tour in Bhutan's western region with a short trek and camp to the Bumdra High Camp. Visiting the Bumdra Monastery which is revered by pilgrims as the cave with the imprints of the Dakinis/sky dwellers, is a major highlight of the trek. Also, the trek from Bumdra to Tiger’s Nest Monastery at Paro will leave you mesmerized by the intact Buddhist religion, practices, and culture of Bhutan. 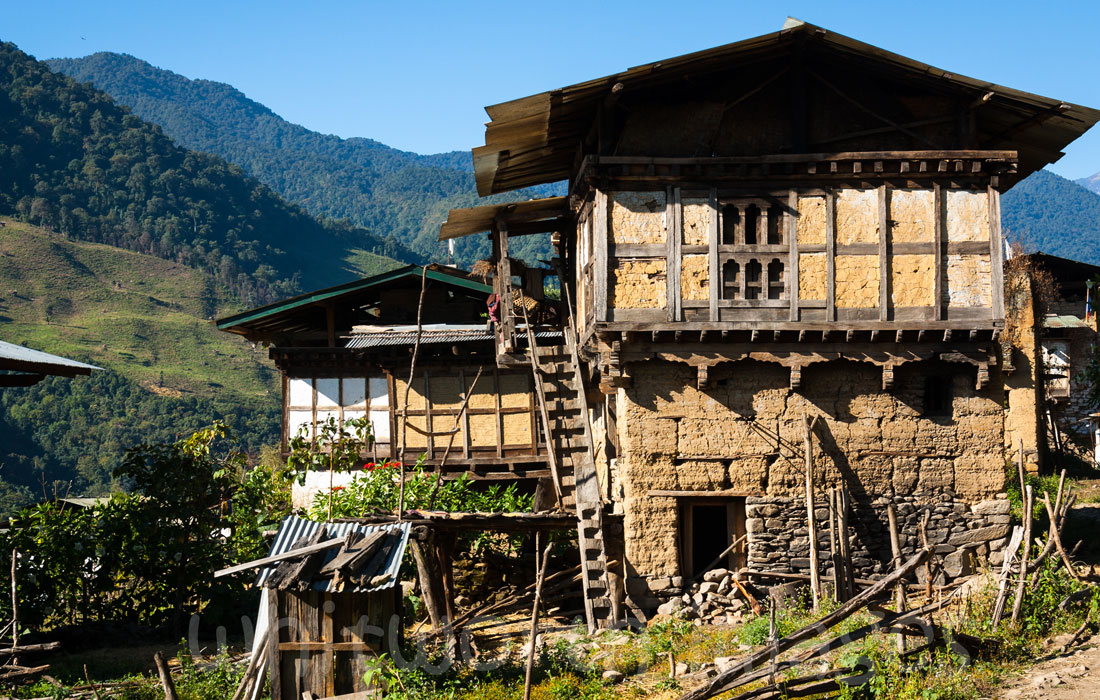 Nabji Korphu trek that sets out in the Jigme Singye Wangchuk National Park, is enjoyable in the pleasant villages of Nimshong, Jangbi, Nabji, Korphu, and Riotala. You will marvel at the experiences of the far-flung settings in Central Bhutan and the interaction with the Monpa people to immerse into their culture and traditions. You might even spot the Golden Langur on your way along with other wildlife. 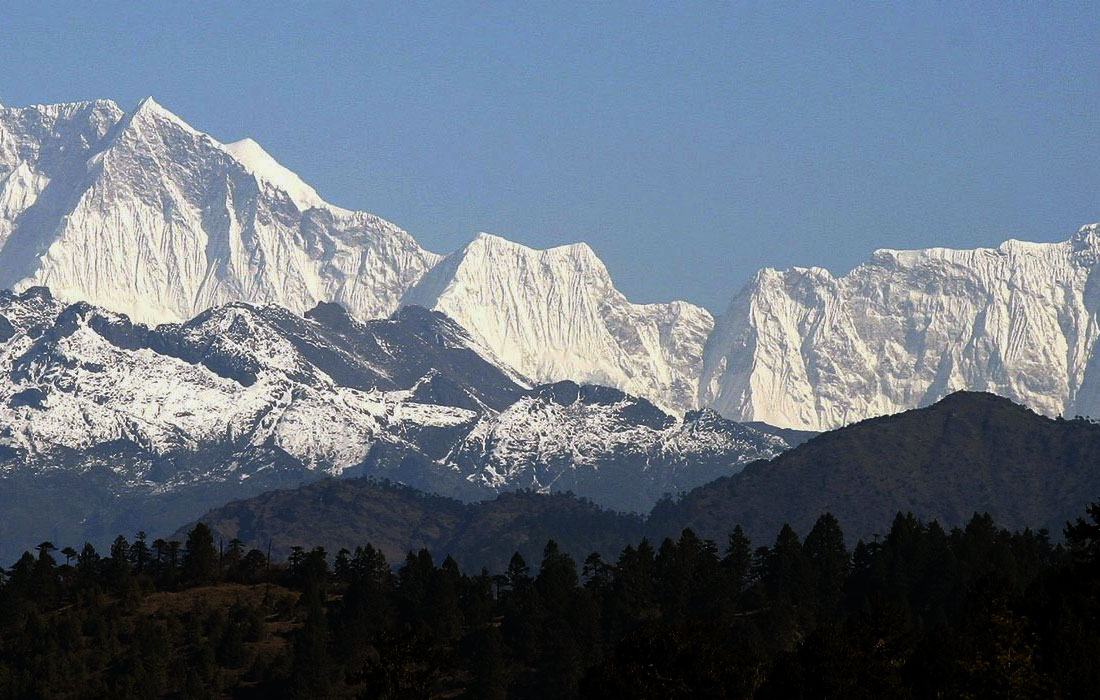 One of the most interesting and old trekking routes in Bhutan, Duer Hot Spring Trek takes you on a loop from and to Duer village. The Yoleng Chuu river flowing from the mountains past the amazing landscape, Juli La and Gokthong La's high passes, and the refreshing hot springs of Duer Tsachu are the main highlights of the trek. Some of the amazing wildlife you might come across in the trek are Musk Deer and Black Bear among the green forests.

All the above-mentioned Bhutan trekking packages are adventurous and represent the true beauty of Bhutan. These treks give an experience of plunging into nature and the culture of the Land of Thunder Dragon, Bhutan.

While some treks are doable with ease, others are tough and require only specific seasons and conditions. Hence to understand more about which Trekking package in Bhutan is best for you, feel free to contact us at any time. We assure you of any guidance in case of doubt or queries and will help manage your preferred trekking package.

JP
Joe Powell | Sun May 30, 2021
With so many options, trekkers will definitely be overwhelmed just like me. But I've picked Merak Sakteng Trek and Tour in Bhutan. It would have been better if you wrote much more description with highlights. However, it is clear with the table with simple details for the trek.
Reply