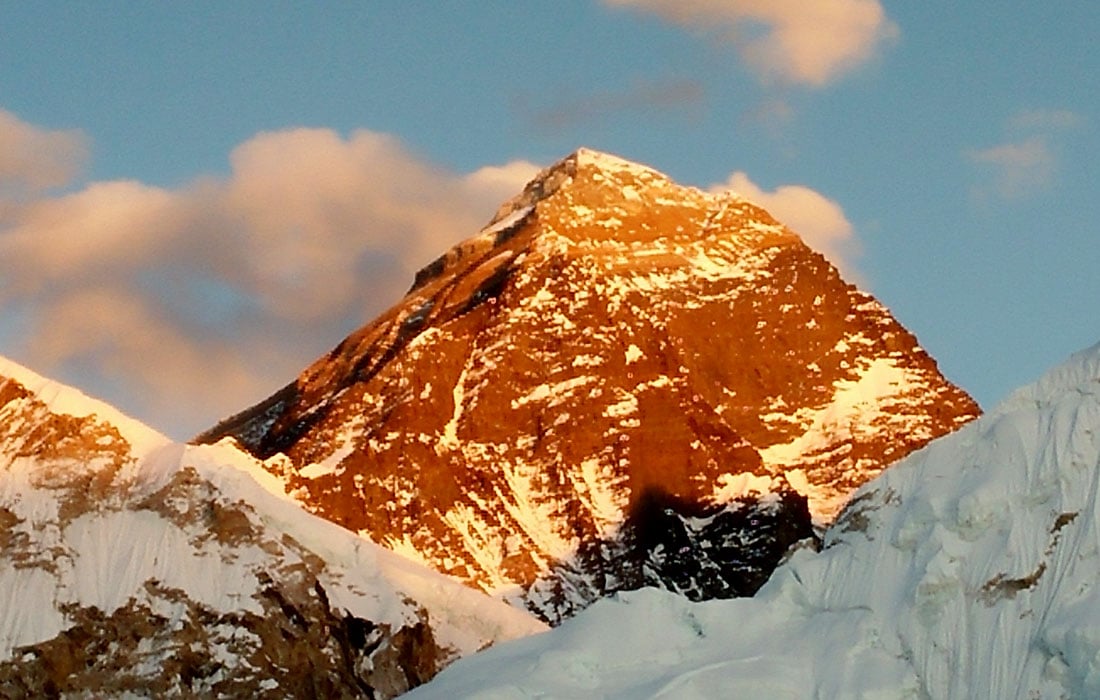 Mount Everest, an adventure to some and a mystery to many, is famous for being the highest point and the tallest mountain above sea level in the world. This mountain straddled between Nepal and Tibet is knitted in rich history, nature, culture, beliefs, and traditions, making it a true gateway to heaven.

Nepal and Tibet proudly host treks, tours, and expeditions in the Everest region. The marvel of climbing this majestic natural beauty at an altitude of 8848.86m is something out of a dream to many of us. The harsh climatic and topographical situations have made it a challenging yet most desirable mountain to climb worldwide. The decades since the first successful climb of Everest in 1953 have been very colorful due to the escalated expeditions and development of many trails around the Khumbu region of Nepal. The tourists' shared reviews of soulful experiences have added to the prominence of Mt. Everest.

Many are curious about the geography, the animals living on Mt. Everest, the growth of the mountain, some creepy facts about Mount Everest, and more. Whether you are planning on an expedition to Everest, fetching some general insights into the world, or are a kid working on a geography project about Mt. Everest, we have accumulated facts about Mount Everest in the below section just for you.

Below are the amazing mount Everest facts:

Who Came Up With The Name "Everest"?

Where Is Mount Everest Located?

How Was Mount Everest Formed In The Himalayas?

How High Is Mount Everest?

Looking for an exciting Himalayan experience? Join us on our 14 day Everest Base Camp Trek - get ready to be stunned by breathtaking views and discover magical Nepalese cultures!

If you are seeking a thrilling helicopter experience and want to see the best of the Himalayan range and witness Mt. Everest, then book now for a journey to the Base Camp of Everest.

Life In The Himalayas

Everest Base Camp Luxury Trek with Helicopter Return 11 days takes you on a hike to Everest Base Camp and return to Kathmandu via helicopter. During your Trek, you will be staying overnight at comfortable luxury lodges and the best available teahouses.

Plan A Tour To Mount Everest

There are many ways of planning a tour to Mount Everest, either from Nepal or from Tibet.

To get to Nepal, you will simply have to take an international flight from any of the major cities around the world to Kathmandu, the capital city. If you wish to explore the Everest region via trekking, you can go on many adventures like the classic Everest Base Camp Trek, Everest Three Pass Trek, or Chola Pass Trek. There are also opportunities for a helicopter tour to the base camp, mountain flight over Everest, skydiving, and expedition from the popular southern ridge.

To travel to Tibet would require you to fly from the major cities of the world to either mainland China or Nepal, then take a second flight or a drive to Tibet. From the capital city of Lhasa to Everest Base Camp is about 700km (400 miles) by road. Overland tours are the most popular way to reach Everest Base Camp. However, there are other adventures like trekking, cycling, and expeditions from the north ridge.

Mount Everest is certainly a monument of grandeur that has gained wide popularity in the tourism industry. This highest point in the world is a natural masterpiece with a unique topography, harsh climate, and diverse flora and fauna. We hope that all our readers have gotten useful insight and have enjoyed the elaborate mount Everest facts.

You can contact us if you wish to know more or plan and organize any tours, treks, and expeditions to Everest. We make sure that all your adventures with us are safe and fun with our extensive knowledge, experience, and trained team.

Thanks for sharing very well written and worth reading this article. Wish to see more in the coming days.

Reply
GB
Gabriel Booth | Wed May 18, 2022
I didn't know people climb from Tibet side as well.
Reply
JS
Judah Schneider | Fri Feb 4, 2022
Good insights of the mountains. The creepy facts scared me a bit though
Reply
LB
Laura Blake | Wed Feb 2, 2022
Lot of infos to take in. Thanks for the blog.
Reply
KP
Karina Patel | Wed Feb 2, 2022
300 deaths in the Everest expeditions is really creepy to read.
Reply