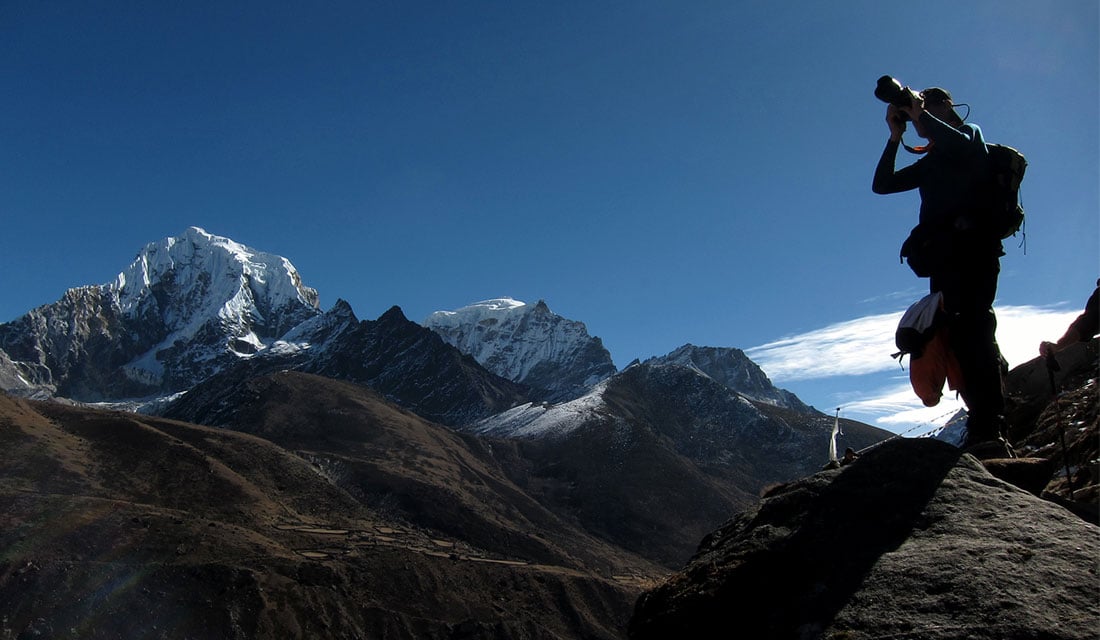 As the curtain lifts Nepal stages the astonishing spectacle of nature and culture en bloc that you are left gasping and yearning for more as an audience.

Blessed with dramatic landscapes, marvelous hills and majestic mountains, rich bio-diversity and unblemished water resources it wouldn’t be incorrect to say that this country is a real life colossal studio nature has erected itself.

The assemblage of people from different regions with cultural, religious, linguistic and other social distinctions speak monologue of its own.

With a choice to explore and exploit in abundance, Nepal has been a host to many filmmakers across the globe to shoot their projects here including feature films, documentaries, TV series, TV commercials, TV reality shows and music videos.

However, before getting the splendor of the kaleidoscopic view of Nepal into your lenses you ought to abide by the regulations and rules for obtaining a permit to get you through.

How To Get Filming Permits In Nepal : Procedure

Getting Filming Permit Required Documents To Be Presented

How Much Does It Cost For Filming In Nepal

Well, compared to many other locales around the world Nepal is quite cheaper destination for filming.

To film in Nepal the makers will have to spend somewhere close to 15,000 NPR only to acquire the filming permit to begin with excluding the fee charged by the hired local agency.

The filming permit would be valid from 1- 3 years depending upon the type of project. Also, the liaison officers ought to be provided with all the same amenities the crew enjoys. This includes accommodation, allowances, transportation cost, necessary clothes to brave extreme weather conditions, medical support etc.

Life insurance of minimum 300,000 has to be bought for the liaison officer and amid the shooting if any unfortunate incident is to occur he has to be paid 200,000 NPR for the harm/injuries caused.

Due to beautiful yet complex topography of Nepal filming in the region often becomes a herculean task requiring a lot of time, effort and resources. At times like these UAV (Unmanned Aerial Vehicle) filming with drones is preferably a good alternative.

However, before hovering the sky with your drone you have to comply with the regulations set by the Civil Aviation Authority of Nepal (CAAN). You do not need to acquire a permit from CAAN if your drone weighs less than 2 kg and if you intend to fly it below 200 ft. and the whole process is free of cost.

Types Of Filming Permits In Nepal

*Any violation of law and codes set by the Ministry of Information and Communication and CAAN while regular/drone filming is subject to serious legal penalties.