How to spend a day In Kathmandu? 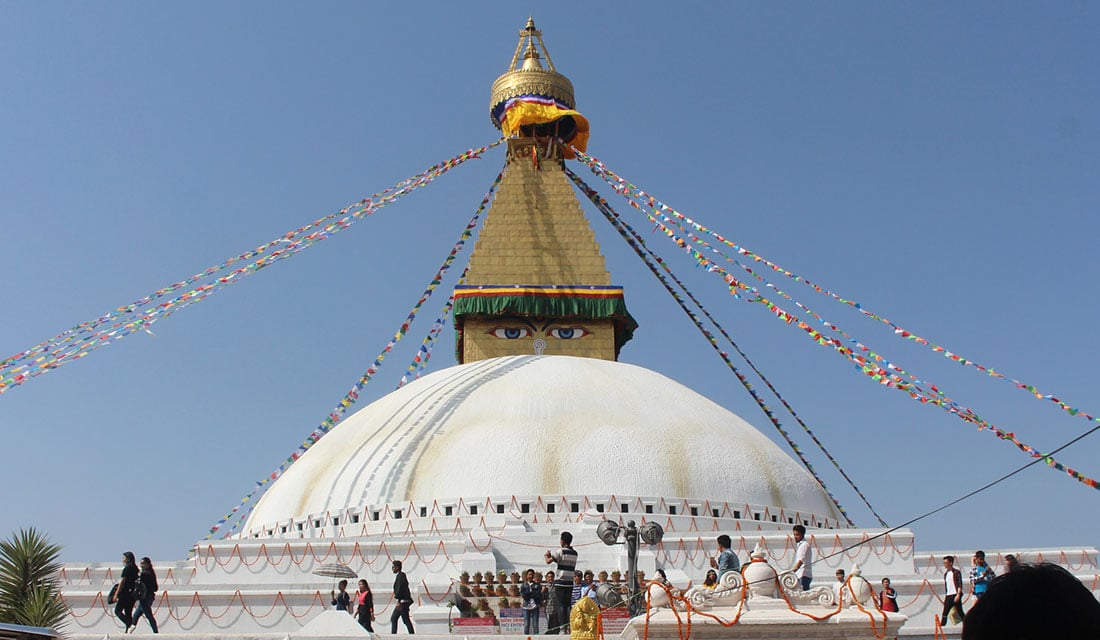 The first thing to do is to visit the Garden of Dreams. Then Swayambhunath, Boudhanath, and if time favors, I will plan for a visit to Pashupatinath Temple. These places are among the best in Kathmandu. After a couple of minutes of walking from my hotel in Thamel, I see the entrance to the garden. I pay Rs. 200 as an entry fee and the garden exquisitely welcomes me with its prepossessing sights.

Garden of Dreams is a neo-classical garden, then a private garden of Field Marshal Kaiser Sumsher Rana, and now a public garden, an oasis in the heart of Kathmandu. I prefer to say it, an escape from chaotic Kathmandu city. This garden was initially named "The Garden of Six Seasons" built in the 1920s.

The garden houses six impressive pavilions with fountains, decorative gardens, and furniture. It offers the serenity of its own, and that's enough for one to find contentment in it’s a soothing aura. As soon as I catch up on the otherworldly sight of the Garden of Dreams, the chaos of the city (pollution, and the blare of horns) fades away in no time. I can see a big garden, exquisite and adorned in its own beauty that could allure any soul, and I am no exception. Read More informaiton

My eyes wandering, and my mind pondering, I begin to search for a spot to sit and still wander and ponder. There's a bench that could fit 3 people of my size, and I choose it to rest. There are many people, couples in the majority, cuddling and laughing all by themselves - while some sleeping in the green-grass-space.

No wonder why this place is called an oasis of Tranquility. This place is definitely a hidden gem in Kathmandu. I spent a couple of hours here and did not want to go, but I have a few other places to explore as well. So I march forward.

Next Destination Swayambhunath and Bouddhanath

I took a taxi, and after around 20 minutes of the ride, I reach Swayambhunath. (Read More about Unveiling the top 10 facts of Swayambhunath)   People also call it the Monkey Temple. I heard there are around two hundred monkeys that reside in the nearby lush forest, and that's what gave the name - Monkey Temple. 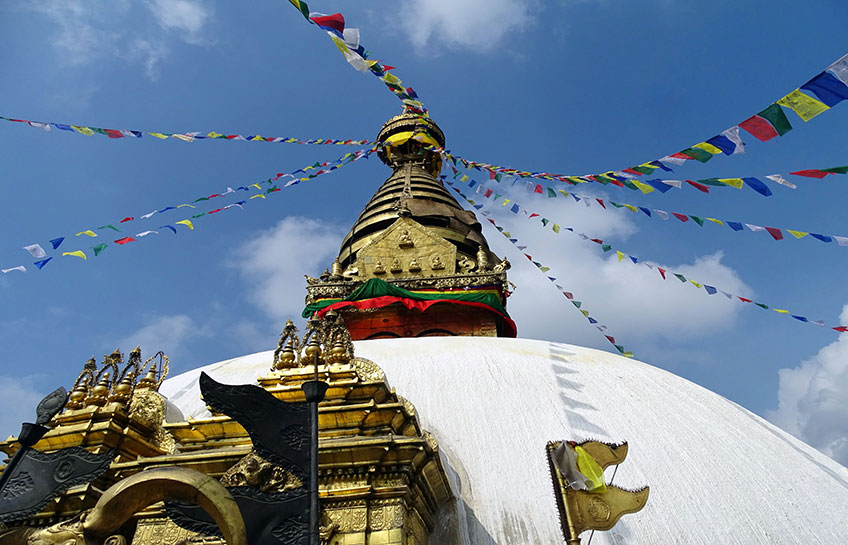 The view from Swayambhunath was breath-taking. I could see the entire Kathmandu Valley from Swayambhunath. This stupa is perched atop a hill and stands as the glory of Kathmandu. One of the UNESCO world heritage sites in Kathmandu, Swayambhunath, is a place frequented by hordes of tourists every single day.

The stupa has a huge whitewashed dome, gilded spire, and Buddha's Eye on all sides overlooking the city. The prayer flags and numerous shrines and monasteries added beguiling beauty to the stupa. I loved spinning the prayer wheels attached to the lower part of the dome of the stupa.

The mellifluous music in the background had soothing effects on me. I asked one guy next to me and found that it was the chanting of Mantra- Om Mani Padme Hum. I absolutely loved it. They still murmur!

I have to visit Boudhanath Stupa. Leaving Swayambhunath, catching the local bus, and expecting more, I reach Boudhanath in about half an hour through congested traffic.

Sad to say this, but the roads are not so good. The dust and pollution had me, and almost everyone covers their mouths. Tip for you- always bring masks if you plan to visit Kathmandu. This is a lifesaving tip. 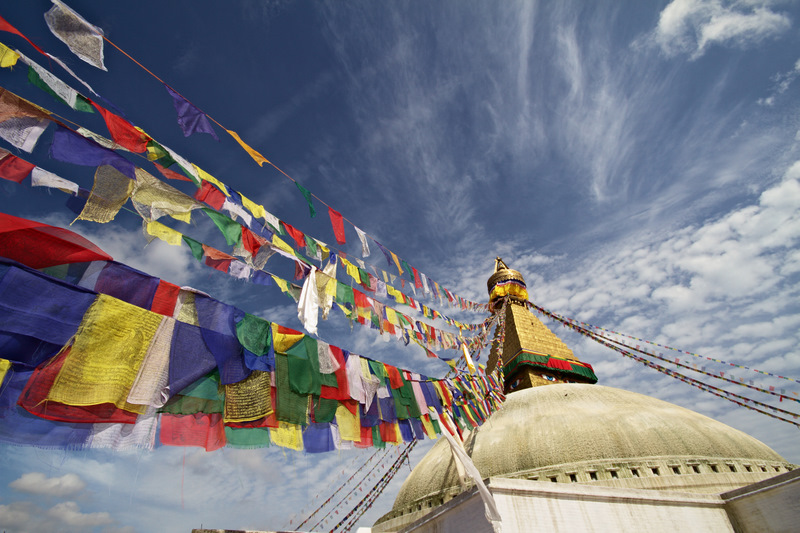 I pay Rs. 400 before I could enter Boudha Stupa. Again it was large stupa. Heard that it is one of the largest stupas in Asia. Quite Impressive! The stupa dominates the sky. I am awestruck, just looking at the stupa.

I see many tourists circumnavigating the stupa, spinning the prayer flags, and reciting the mantra. It was amazing to see people doing it.

The prayer flags fluttering, and the smell of burning incense and music, all three perfectly blends at the moment. I wanted to have an aerial shot and got a solution for this- the rooftop cafe. I had a cup of tea and momo with the imposing stupa as the background. Every minute passed by; I was stunned to see more people.

As I was contemplating in a trance, not knowing I have spent a few hours just sitting, I did not want to move an inch. Had I known about Boudhanath Stupa and Swayambhunath, I would have spent a few more days in Kathmandu. I cannot get enough! With a promise to visit all these sites again soon, I returned to my hotel. It was a fantastic day in Kathmandu. A perfect day spent in Kathmandu.

How to Travel with a Drone in Nepal?