Trekking in Makalu Region of Nepal 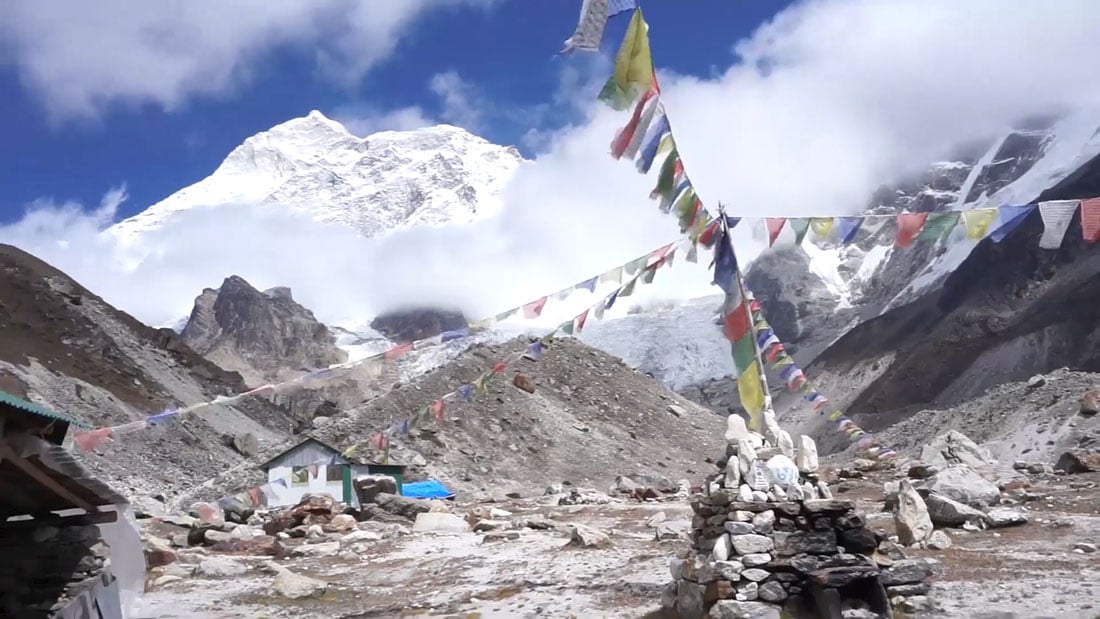 One of the great forgotten trekking routes, trekking in the Makalu Region in Nepal, is the strenuous three weeks march straight to the Case Camp of the world’s fifth highest mountain, the daunting Mt Makalu (8,463m). The trail will delight those who revel in tranquil mountain trails, a sense of being off the beaten path, and, most importantly, awesome mountain views. The route zig-zags up and down the Arun and Barun valleys and takes in isolated villages, forests hung in mosses and orchids, high yak pastures, and the rock and ice wastes around the base camp area, where the rewards are some of the most inspiring mountain vistas in Nepal.

Despite the positives, a relatively small number of people trek the Makalu region each year. This is largely thanks to sometimes complex logistics, the strenuous level of trekking, the fact that it’s a simple there and back on the same route trek (everyone always seems to prefer a circular route), and a lack of side-routes, connecting trails and other trek options in the area. Even so, those who do make an effort to trek this wilderness region always leave with the smug smile of someone who's just experienced the magic of an older and more dramatic corner of Nepal. This is definitely a trek for the discerning walker.

Best Time To Visit In The Makalu Region

The best period to trek Makalu Region is between mid-October and late April, although it can be hot at lower altitudes in April. Conversely, it can be bitterly cold up high between December and February. Early November is a good time to trek here, as is late March when huge numbers of rhododendrons burst into flowers.

This part of eastern Nepal is the wettest part of the country, and trekking herein, or close to, the monsoon season is not advisable (unless you’re a botanist searching for the elusive Blue Poppy, which only flowers at this time).

How Should I Trek In The Makalu Region?

Independent trekking is not allowed in the Makalu region. All treks in this area have to be organized through a recognized Nepalese tour operator.

Although Makalu is mainly the domain of organized, camping only treks, there is some very simple accommodation available (normally a room in a private house) in most villages. Beyond the last villages, there are also a few basic teahouses with dorm-style rooms, but these close during the colder months. In all cases, accommodation is aimed more at porters and herders than trekkers. It would be silly to rely on finding a bed in a house or hut for the night, so, for the moment at least, it’s very sensible to come on an organized camping trek. Bring porters from Kathmandu as there aren’t many available near trailheads.

More: How to get TIMS card and trekking permits in Nepal

Is The Makalu Region A Dangerous Area To Trek? 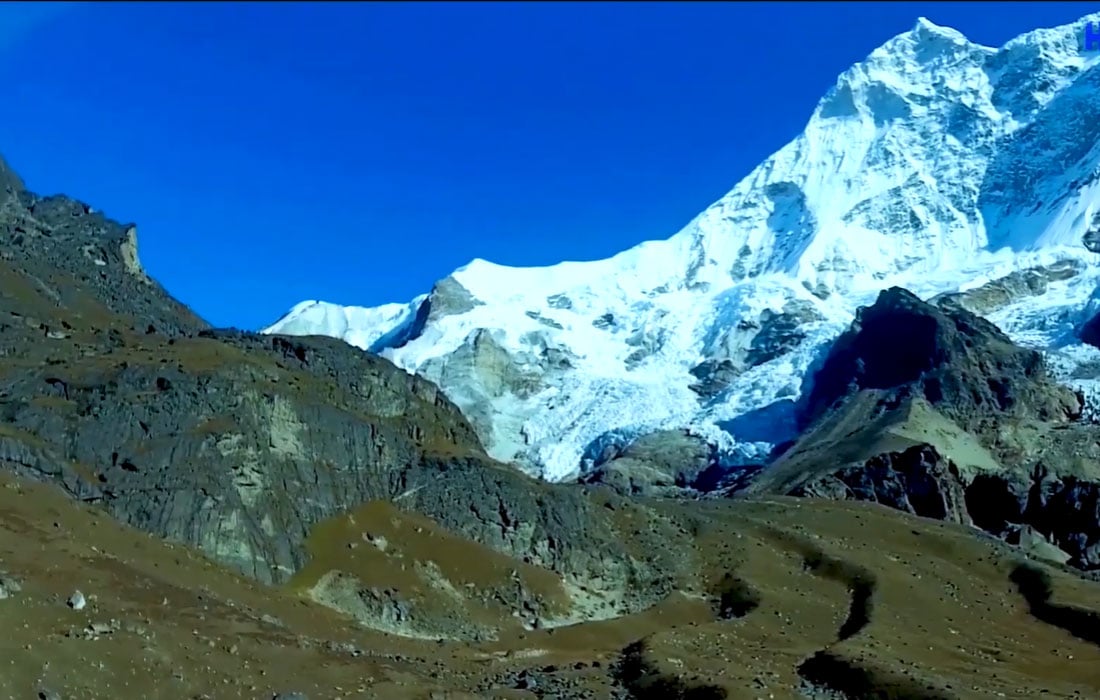 Most trekking routes in Nepal are safe. However, the Makalu trails are a long way from pretty much anywhere, and if you encounter a problem, help might be a long time coming. Always ensure that your guide has a satellite telephone (a normal mobile phone is not adequate as there’s no signal in much of the region) and that your insurance covers high-altitude helicopter rescue.

How Do I Get To The Trail Heads?

The main trail head is the small town of Num. The nearest airport is the town of Tumlingtar. There are regular flights from Kathmandu. Battered jeeps operate as a bus service from Tumlingtar and Khandari to Num. It takes about four hours to travel between Tumlingtar and Num. Tour companies can organize private jeeps. You could also travel all the way from Kathmandu overland by bus or private vehicle. Either option is an exhausting multiday drive.

The name Makalu is derived from the Sanskrit Maha Kala, which is a name for the Hindu God Shiva, and when you stand at base camp and stare up at Makalu, you will truly feel as if you’re in the presence of the Gods.

As with other treks out in the far east of Nepal, the villages and trails of the Makalu region are an ethnic mish-mash of peoples, cultures, and religions. In the higher villages live the Buddhist Sherpas, who originally hailed from eastern Tibet. At the same time, the Rai people, many of whom continue to follow the ancient Kiranti religion, live at lower elevations. Whatever their background, the reception is always likely to be a warm one.

Makalu region forms the heart of the Makalu-Barun National Park, a super diverse 2,330sq-km protected area with an 8,000m vertical spread of elevation that ranges from tropical river valleys to the frozen, lifeless summits of some of the planets biggest mountains. Not surprisingly, a huge diversity of life can be found here, including some 3,100 (and growing) species of flowering plants, including over forty species of orchids and twenty-five rhododendrons. There’s also the full spectrum of wildlife, from snow leopards to red pandas, black bears to sunbirds.

Almost everyone walking in the Makalu region does a straight up and down trek along the same path, but for those with plenty of time and stamina and who are very well-equipped with a full, experienced expedition-style team supporting them could embark on one of two wildly exciting treks to Kanchenjunga or Everest.

There’s only one standard route to Makalu Base Camp, and it’s simply there and back along the same trail. This is a real wilderness trek with permanent villages found only during the trek's first and last couple of days. Most of the time, the only other people you’ll meet are herders with their yaks. One of the highlights of this trek is camping in gorgeous spring flower meadows well away from other people and waking to soaring mountain views.

Once you clear the villages, the route climbs steeply through forests, crosses the high and often snowy Shipton Pass (4,127m; named after Eric Shipton, who followed this route with Sir Edmund Hilary during the 1952 Everest reconnaissance expedition), and then goes along the Barun valley past rapids and waterfalls. Eventually, after crossing scree fields and the debris of landslides, the valley opens out, and you arrive at base camp (4,870m).

Makalu might be the Queen of mountains in these parts, and standing among the sand and boulders that constitutes Makalu base camp will send shivers of wonder down your spine, but for an even better view, climb up to the nearby ridge on Peak 3 for stunning Makalu views as well as side views of Lhotse, Lhotse Sar and the big mamma, Everest. You’ll probably be the only person up there. Allow an extra day (or even two) at base camp and head further up the valley to the advanced base camp or French base camp (both around 5,000m). Or, climb the ridge (around 5,250m) just to the northeast of the base camp for even better views.

One of the most challenging treks open to non-mountaineers in Nepal is the Makalu to Everest traverse via the very high passes of Sherpani (6,135m), West Col (6,143m), Baruntse Base Camp (5,700m), and Amphu Laptsa (5,850m), before descending into the Everest region at Pangboche. You should allow a minimum of three weeks for this trek and a lot more if you want to explore the Everest region in depth. You will need full expedition equipment, an experienced team, mountaineering experience, and be prepared for many nights camping above 4,500m. 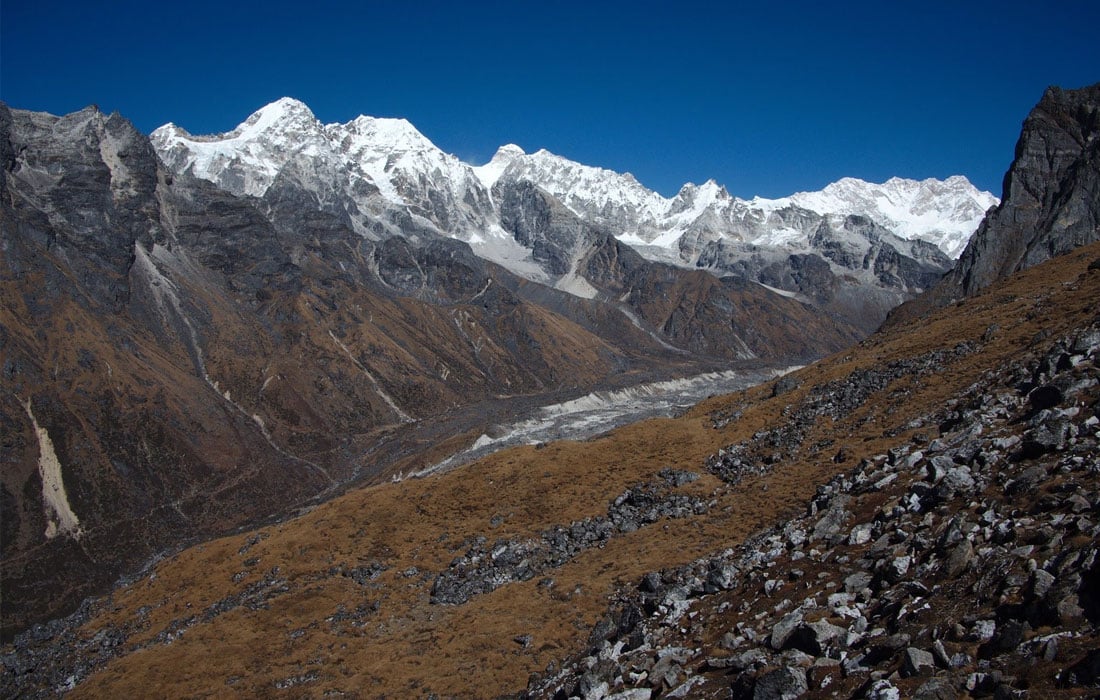 A few daring groups have launched expedition-style treks in recent years that link Makalu with Kanchenjunga via the 5,160m Sumba Lumba pass. It takes four weeks and a lot of determination, but for most people, it’s a slightly more realistic proposition than the Makalu to Everest trek mentioned above. Like that trek, you need to approach it as a full expedition and experience high altitude and basic mountaineering skills.

AR
Aadam Ryan | Wed Jun 2, 2021
Comprehensive, compelling and charm writing style. I did read his another blog about Kanchenjunga region trekking and loved it even more. Loved this article.
Reply