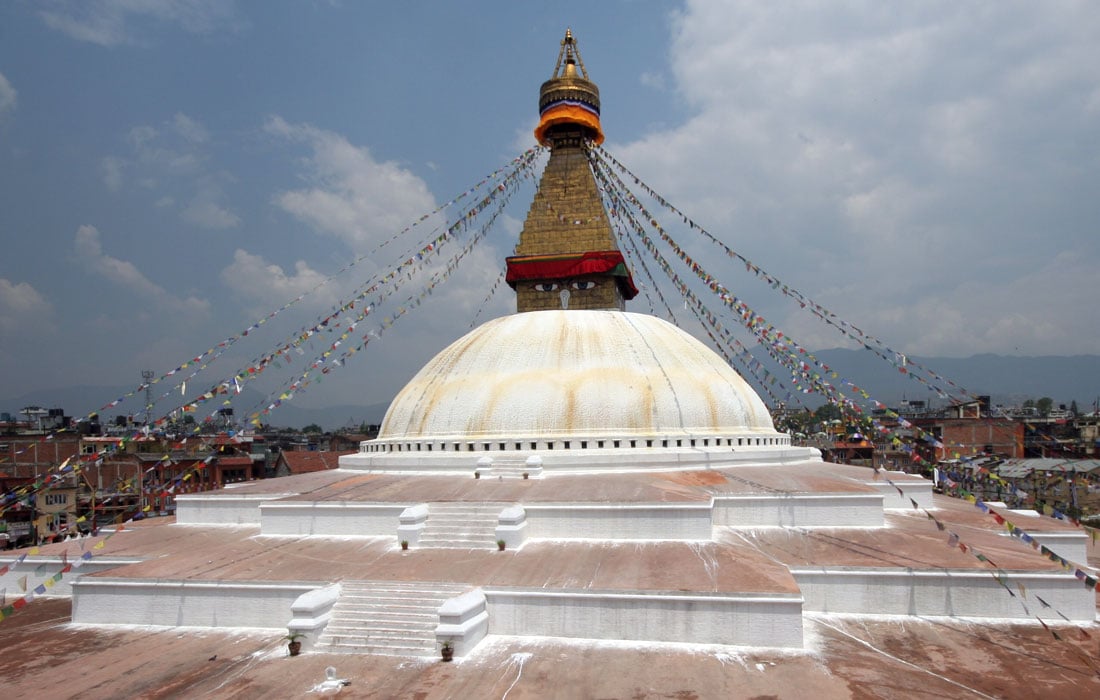 Situated in the Himalayas center, the landlocked country of Nepal is home to a treasure of UNESCO World Heritage Sites. From wild forests to ancient cultures, Nepal has a perfect blend of culture, history, and nature; suitable for travelers' well-seasoned.

The United Nations Education, Scientific and Cultural Organization (UNESCO) has listed ten sites in Nepal. Sites like Kathmandu Durbar Square, Bhaktapur Durbar Square, Patan Durbar Square, Swayambhunath, Pashupatinath, Boudhanath, Changunarayan, Lumbini, Chitwan National Park, and Sagarmatha National Park are listed as the world heritage sites of Nepal. Among them, eight are cultural and the other two are natural attractions that have their characteristics and attractions. These features offer various information, entertainment, education and adventure in its ways. The heritages have their ancient history and cultural significance that goes back to a few centuries. Also, natural sites are full of vegetation, wildlife, and diverse landscape.

Here, we bring out to the 10 UNESCO World Heritage sites of Nepal along with their facts and information for you to get an insight about them. 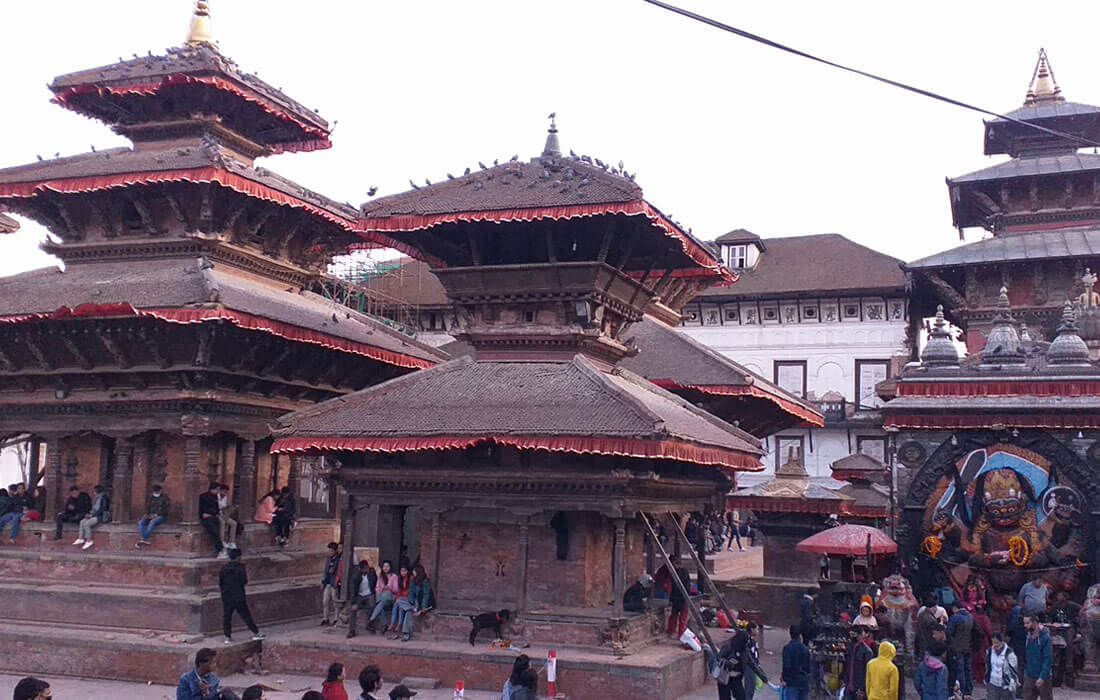 You can explore Kumari Ghar, the house of the living goddess of Nepal, Kumari. This was erected in 1757 by Jaya Prakash Malla. Kumari is a young girl chosen to be the living goddess until she hits her first puberty and relapses to being a normal mortal. Kasthamandap, the house of wood, is thought to be built from a Single Sal tree. At the start, it used to be a community hall where local people assembled for vital ceremonies and later, it was made Temple of Gorakhnath. 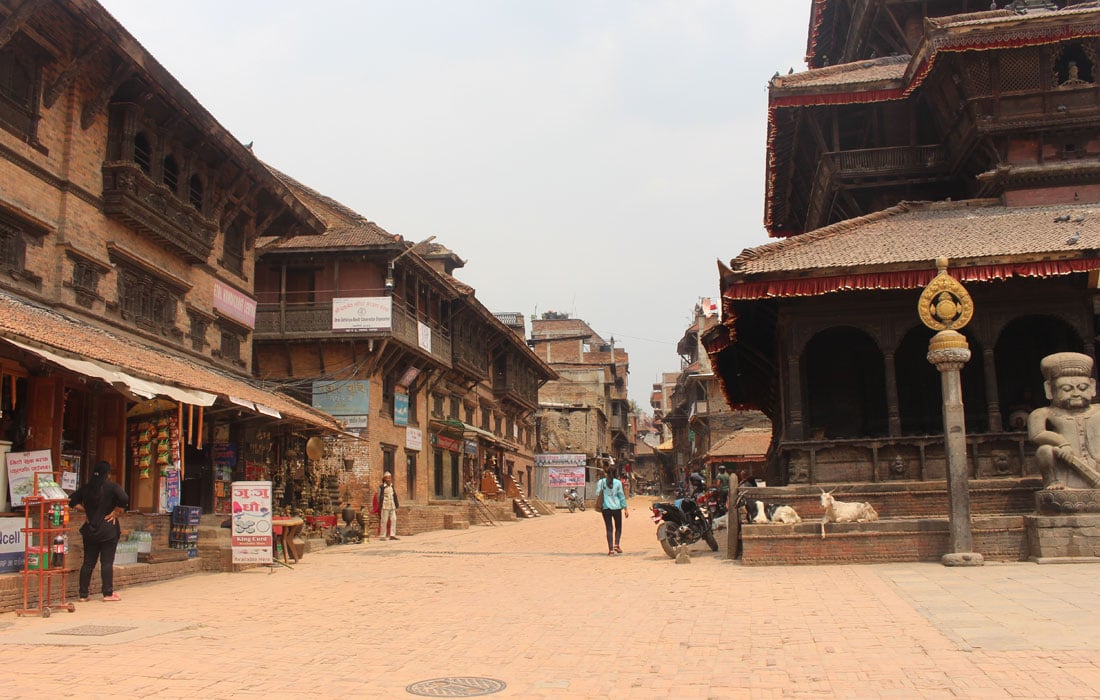 Bhaktapur is on the east of Kathmandu valley which was listed as a UNESCO World Heritage Site in 1979. It is also known as Bhadgaon or Khwopa, Bhaktapur is considered as the home to ancient Nepali customs, culture, art, and history.

The major highlights of the square are 55 Window Palace. This is the main architectural building of the square built in the 15th century. Golden Gate is the main entry point to the palace. You will explore amazing artistry on the gate. Lions Gate where you will see two pleasing stone statues of Hindu deities installed on both sides. There is a story that believes the hands of artists who made this were cut off right now. Another well-known temple is Nyatapola Temple, which is a renowned pagoda of Nepal. This is the highest pagoda of Nepal ever built with architectural excellence and artistic exquisiteness. This temple is dedicated to Siddhi Laxmi, the tantric goddess of ultimate power and success. 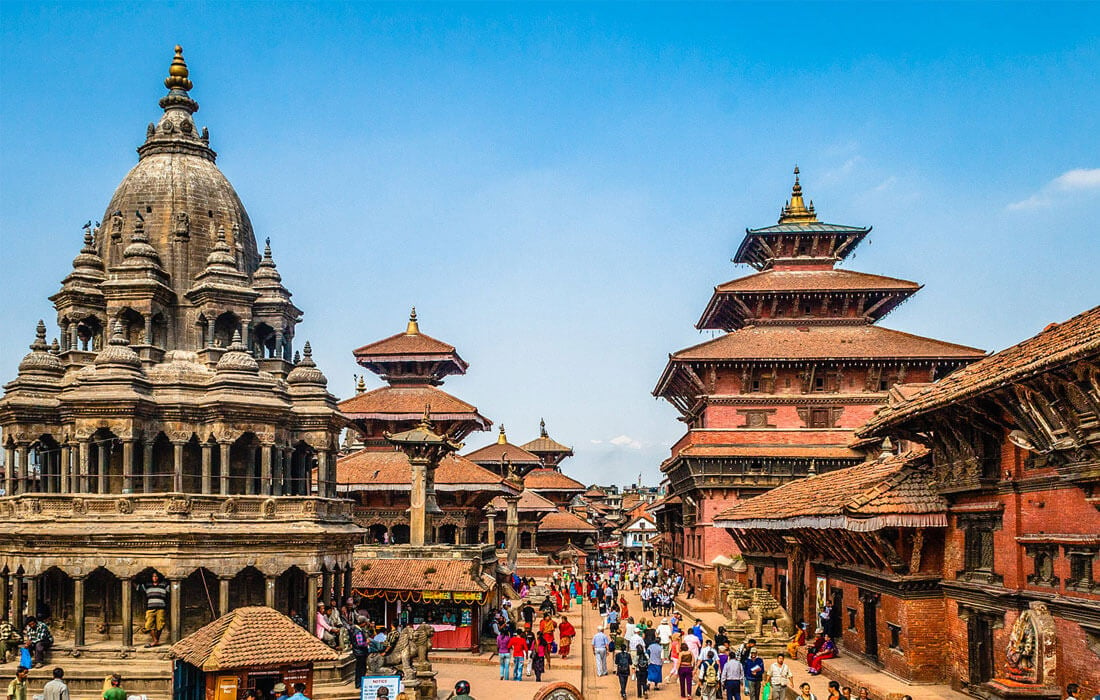 Situated 5kms South East of Kathmandu valley, Patan is enclosed by 4 stupas erected by Emperor Ashoka in 3rd century BC. Patan is also known as Lalitpur and was listed as a UNESCO World Heritage site in 1979. Patan is the ancient Buddhist City in the world.

Patan is well known for its artistic culture, and there are 4 stupas at every corner of the city. Patan Durbar Square has three main courtyards, Mul Chowk, Sundari Chowk, and Keshav Narayan Chowk. You can explore a masterpiece of stone design, the Royal bath called Tushahity in the focus of Sundari Chowk. The major highlights inside the Patan Durbar Square are- the Patan Museum that includes bronze sculptures and religious entities. This museum is regarded as one of the best museums in Asia. Hiranya Varna Mahavihar is a three-story golden pagoda of Lokeshwar (Lord Buddha), erected in the 12th century by King Bhaskar Verma. Mahaboudha Temple is a Shikhar Style temple is devoted to the Lord Buddha. This temple has five golden pinnacles. The Golden Temple is the ancient and culturally richest temple of Buddha. This temple was erected in the 12th century known for its gorgeous gold works. Krishna Temple is built in the 17th century and is the main temple of this Square that has 21 shrines and is entirely made of stone. 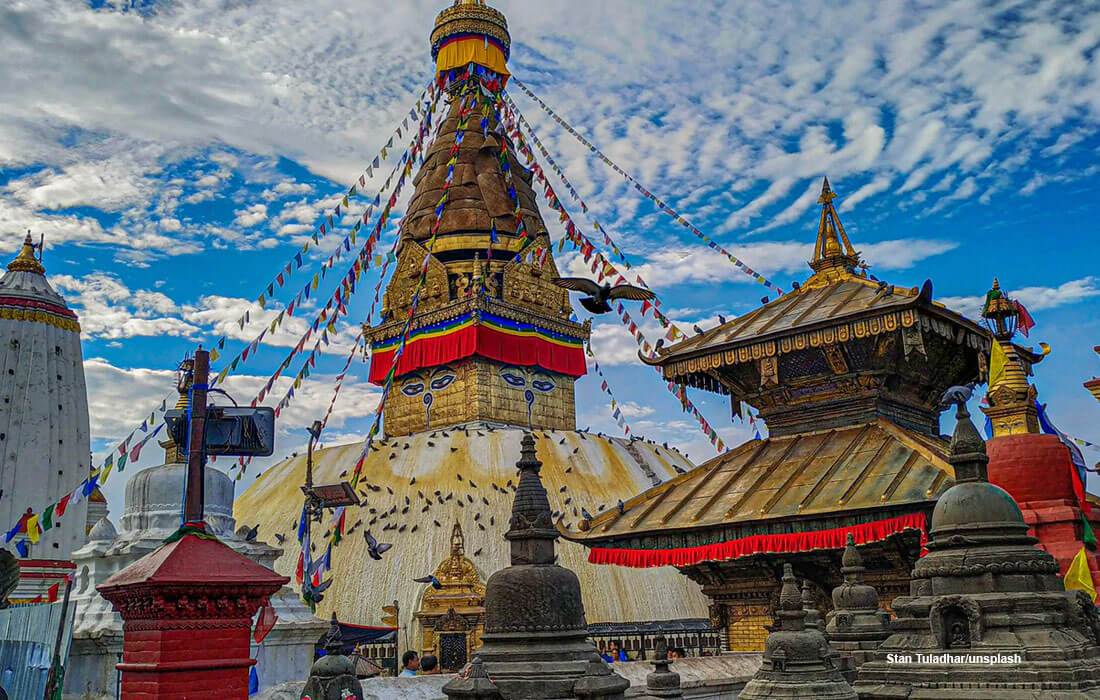 Swayambhunath, listed as UNESCO World Heritage Site in 1979, is a Buddhist stupa located 3kms away from the west of Kathmandu. The hilltop view offers a panoramic view of the valley and the landscape around it.  It is a pilgrimage site for the Buddhists and offers cultural and natural beauty from the stupa itself.

Swayambhu means "self-existent one". Assumed to date back to 460 A.D., it was erected by King Manadeva and by the 13th century, it had become a vital hub of Buddhism. It is believed that Swayambhu was born out of a lotus flower that blossomed in the center of a lake that once spread across the Kathmandu Valley once was. The biggest image of the Sakyamuni Buddha in Nepal is on a high base on the western boundary of Swayambhu beside the Ring Road. Behind the hilltop is a temple devoted to Manjusri or Saraswati - the Goddess of learning. Prayer wheels and deities enclose the base of the hill. 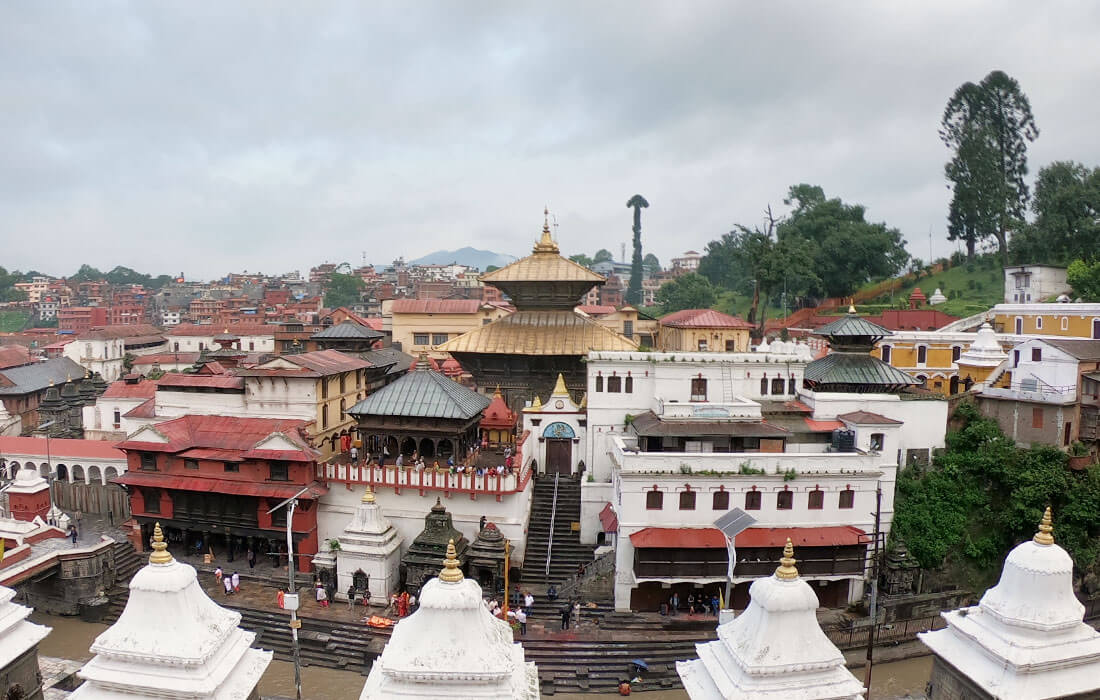 Pashupatinath, listed as UNESCO World Heritage Site in 1979, is the holy pilgrimage site for the Hindus and is a temple of Lord Shiva. The temple lies along the banks of the sacred Bagmati River, 5kms east of Kathmandu city. Pashupatinath goes from the main temple of Pashupatinath to Guheswori. There are various temples inside this area including the Panchdewal Bhuwaneshwori, the Dakshinamurti, Tamreshwor, Bishwarupa, and others. The temple of Kali, situated on River Bagmati banks, has a stimulating appearance and loaded with mythology. The legend says that the statue grows out of its unique spot. Each temple has its own set of rites to be achieved, and every temple has specific values and traditions. On the other side of the river is a small jungle Shleshmantak, homes to animals like deer and monkeys. 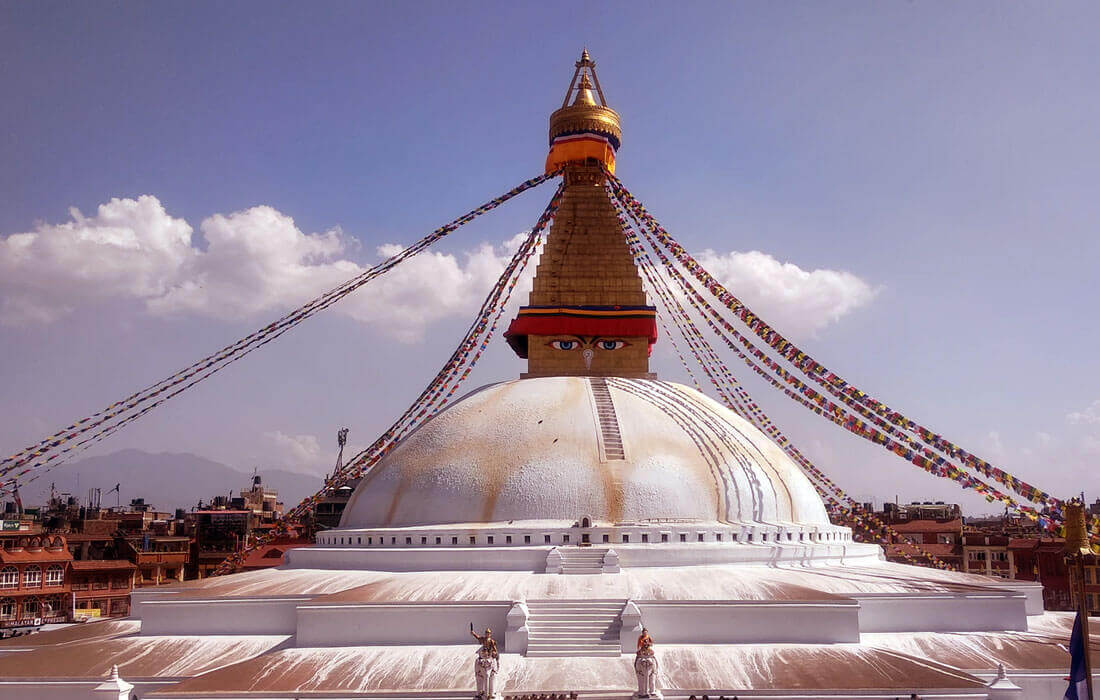 Boudhanath, listed as UNESCO World Heritage Site in 1979, reflects the culture, tradition and pride of Tibetan Buddhism. The stupa is 8kms east of Kathmandu and was erected by Licchavis King Man Dev in 5th century AD. It is named as Khāsti in Nepal Bhasa, Jyarung Khashor in Tibetan language or as Bauddha in Nepali.

Stupas are vital to Buddhism as the cross is to Christianity, a concrete symbol of the Buddha’s liberal mind. The first stupa erected after 600 AD, after the Tibetan King Songtsen Gampo, was rehabilitated to Buddhism by his two wives. The current stupa structure was possibly built after the destruction of the Mughal invaders in the 14th century. After the entrance of thousands of Tibetans subsequent to the 1959 Chinese invasion, the temple has become one of the most vital centers of Tibetan Buddhism.

The arrival of large inhabitants of refugees from Tibet has seen the construction of over 50 Tibetan Gompas (Monasteries) around Boudhanath. 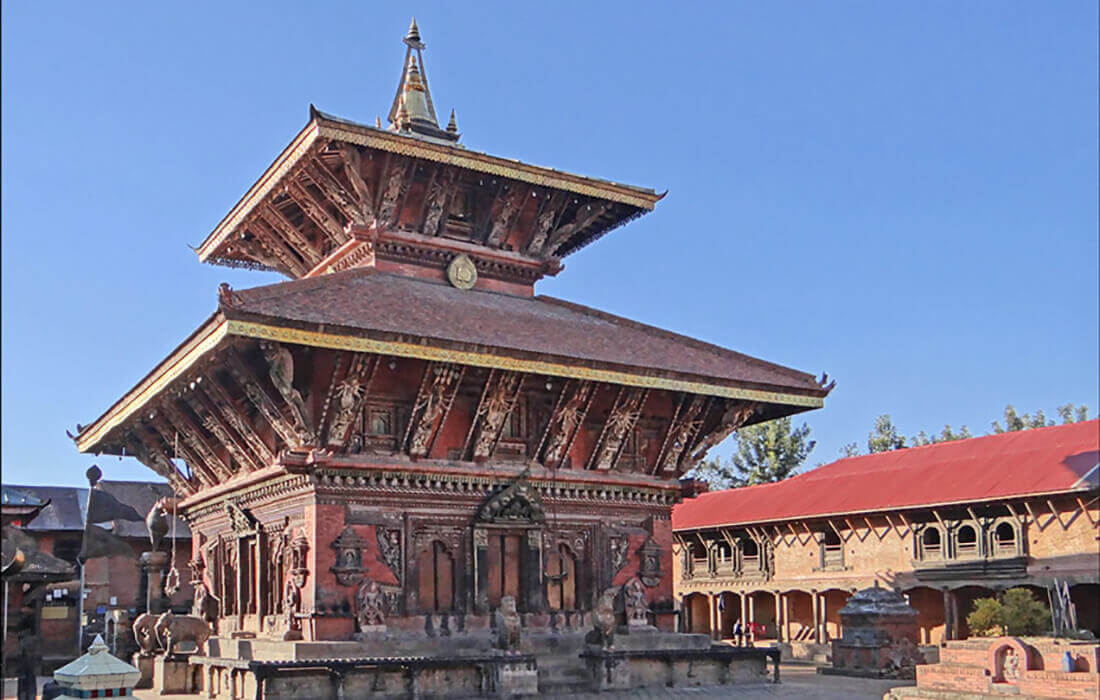 Changunarayan is a two-tiered Lord Vishnu temple, situated 15kms away from Kathmandu. It was listed in UNESCO World Heritage Site in 1979. The Changu Narayan temple is a double-roofed shrine devoted to Lord Vishnu in his manifestation as Narayan. The temple is adorned with ten incarnations of the Narayan. Stone lions guard all the four doors of the temple. Garuda, half-man and half-bird is the vehicle of the Vishnu. A life size stone statue of Garuda kneels in front of the west face of the temple. There is an engraving stone behind the statue. This provides important data on the Licahhavi dynasty and on the history of Kathmandu valley. In front of the temple’s main entrance, there are lesser statues of King Bhupatindra Malla and his queen in an ornate cage. To the north of the temple is the figurine of Vishnu seated on a Garuda. The sculpture dates back to the 9th century and is yet another attraction in the area.

8. Lumbini, The Birthplace Of Gautam Buddha 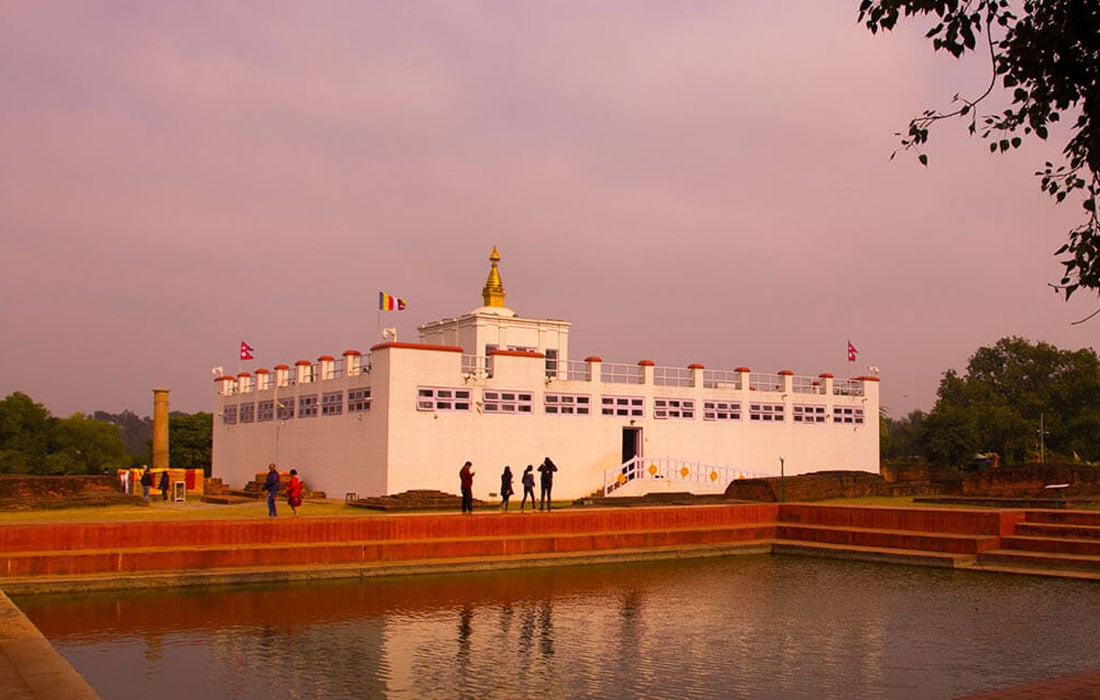 Lumbini is located in the southern Terai plains of Nepal and is southwest of Kathmandu. It is the birthplace of the light of Asia, Lord Gautam Buddha. In 1997, Lumbini was named in the list of world heritage sites. Based on the Buddhism tradition and scripture, he was born when his mother maya devi was on her way to parents’ home in Devdahain the month of May in 642 BC. After feeling the extrema labour pains, she grabbed hold the shade tree on the way and gave birth to Siddhartha Gautama who was enlightened as the future Buddha. It was strong belief that Buddha was the final rebirth of his incarnation in this world. The Buddhist tradition also says that he walked immediately after getting birth. The beliefs say that he steeped seven steps just after his birth and considered to be the incarnation of God. In 249 BC, the great Ashoka who was considered to most powerful emperor of that era constructed stupas and a stone pillar which is known as Ashoka’s pillar in Lumbini.

Recommended Read: Getting From Kathmandu To Lumbini 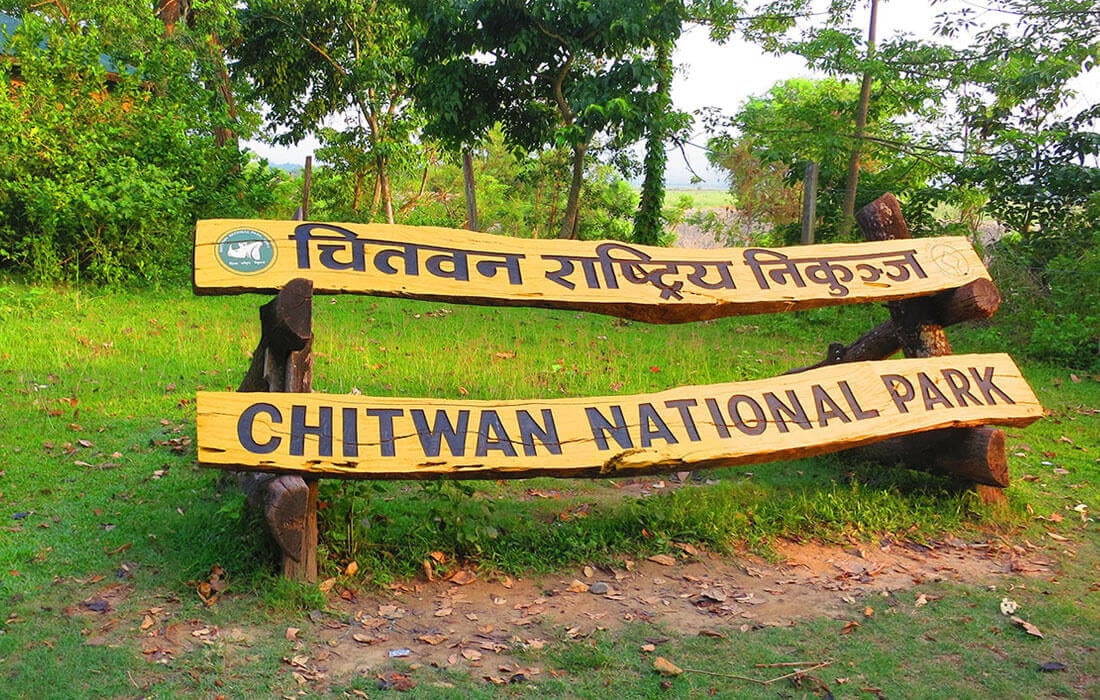 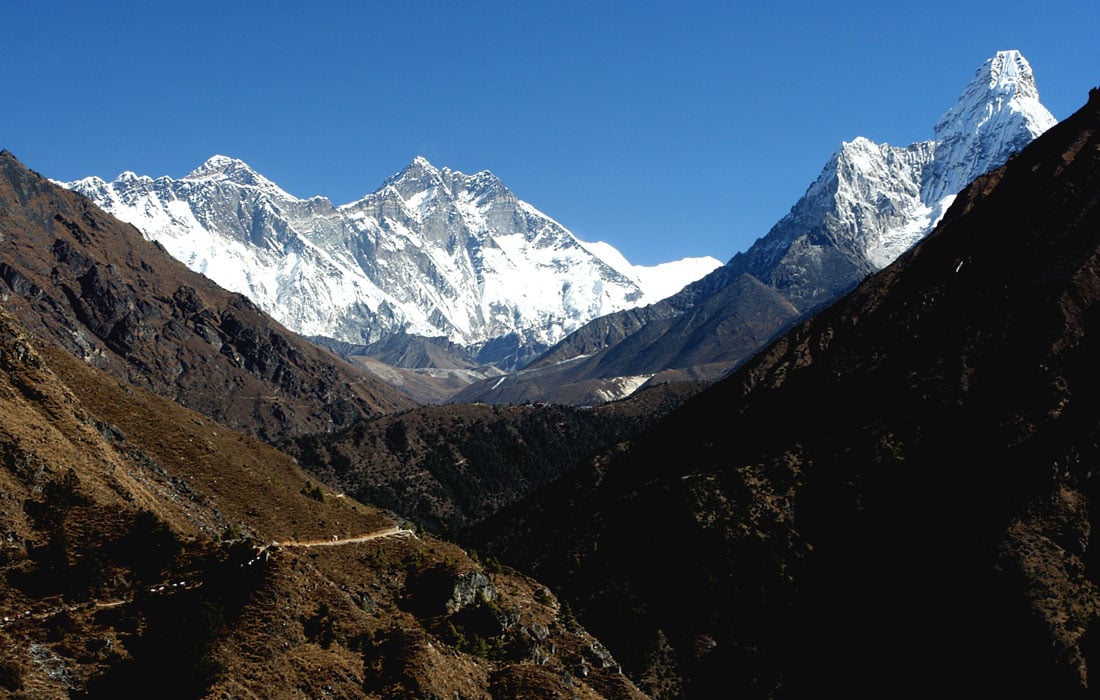 Sagarmatha National Park is located on the foothills of the Himalayas in the Everest region. In 1979, Sagarmatha National Park was listed as a UNESCO World Heritage Site. The peak is so vital that it can also be seen on Nepal’s flag, which in itself is not a regular rectangular banner, but the only non-quadrilateral flag instituted of two pennons and thus having a shape of a peak. Home to various rugged terrain, glacial valleys, and 90 majestic peaks, including the world's highest Mount Everest, the Sagarmatha National Park is the very core of the finest trekking. Traversing through the national park's picturesque valleys the stunning Everest Base Camp trek might be full in high season but it is a must-visit place. The altitude in the park goes from 2,845m (9,334 ft) at Monjo (park's southern entrance) to the top of Mount Everest at 8,848m (29,029 ft). Other majestic mountains include the world's fourth highest Lhotse and sixth highest Cho Oyu, one of the world's most stunning peaks Ama Dablam (literally Mother's Necklace) and Pumori.

EC
Emmanuel Carlson | Sun May 30, 2021
Of all these sites in Kathmandu, I loved Boudhanath Stupa. I have been there for more than 3 times, and everytime I enter and see the big white dome with eyes of Buddha, it gives me next-level satisfaction. The place is always buzzing with local and foreign tourists. While I am writing this, I am missing the place.
Reply