What you should know about Lukla flights? 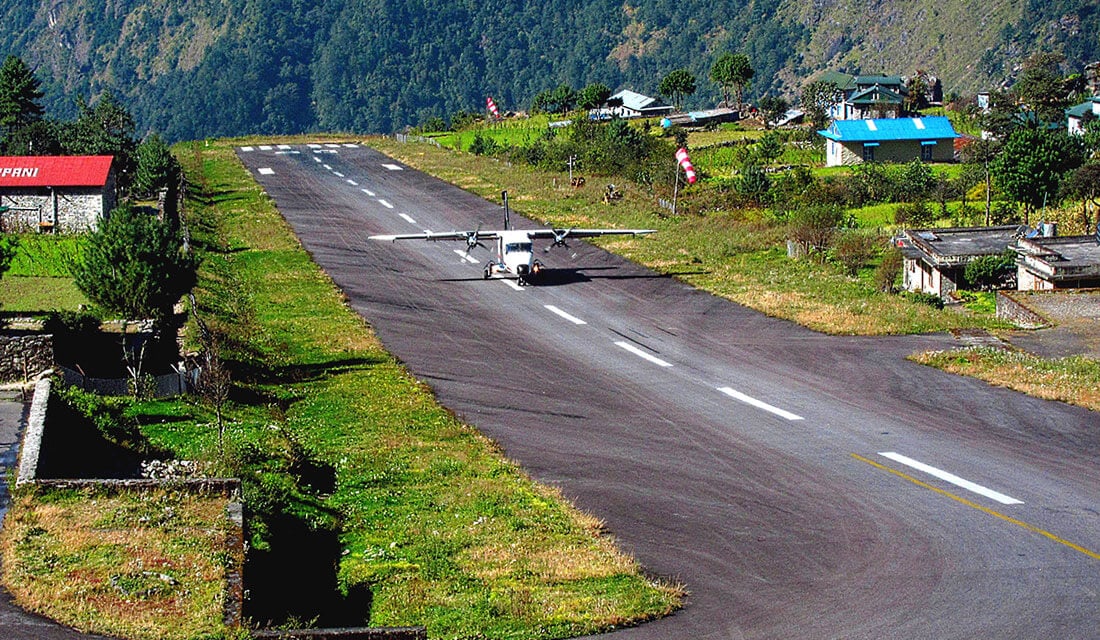 Everest Base Camp Trek makes it to the bucket list of all adventurers. The trail to Everest Base Camp is one of the busiest in Nepal and sees a lot of traffic during trekking season. This Spring, it’s no different and while some have already started their trek, there are hundreds of trekkers waiting eagerly to hit the trail. If you have planned a Spring trek (during April or later) to Everest Region, then you need to know that the flights to Lukla will be rerouted during that time.

Beginning 1st April, 2019, flights to Lukla will be operated from Manthali Airport in Ramechhap District. Private airline companies took this decision after a NOTAM (notice to airmen/airline companies) was issued by Tribhuvan International Airport that the airport will be closed from 10 PM and 8 AM for runway maintenance work from 1st April to 30th June. There will be no flights to and from Kathmandu during these hours.

Information About The Flight Interruption

The airport authorities were under pressure to improve the condition of the tarmac after frequent cracks appeared on the runway.  This was a safety concern as these cracks posed a serious risk threat to aircrafts while taking-off and landing. In the past few years the cracks on the pavement have led to flight delays, especially during the rainy season.

Since the past six years, CAAN (Civil Aviation Authority of Nepal) have been compelled to bar aircrafts weighing more than 196 tonnes from landing at TIA to prevent further damage to the airport’s runway. Kalika-Tundi, a Nepali joint venture will be responsible for the runway rehabilitation project. Once the project gets underway, the airport will be shut daily for 10 hours, from 10 PM to 8AM.

Who Will Be Affected?

Now these flights will be operated from Manthali Airport in Ramechhap. Ramechhap District lies about 132 kilometres  east of Kathmandu. It takes around four and a half hours drive to reach Manthali Airport from Kathmandu. The airport, which sees hardly any traffic, lies in the scenic Tamakoshi Valley.

As Ramechhap lies way out of the tourist circuit, the town has only a handful of hotels and guest houses. Most of the local trekking agencies are offering free transportation to those clients who have already booked EBC Trek and other treks to Everest with them. The local agencies are planning to offer tented accommodation to their clients on the event of flight cancellation due to bad weather. It is clear that with no proper infrastructure and service facilities in place the trekking agencies will have a hard time looking after the needs of their clients.

Where Is Lukla Airport?

Lukla or Tenzing-Hillary Airport is located in the Sherpa settlement of Lukla. The airport, established in the year 1964, is the lifeline of the indigenous Sherpas living in the Everest Region. Though the airport was financed by the Government of Nepal, it was built with the active participation of Sir Edmund Hillary and the Sherpa people. This is the only airport (in operation) that lies close to Mount Everest. Situated at an altitude of 2845m, Lukla Airport is regarded as one of the world’s most dangerous airports. Perched on a precipitous ridge and surrounded by lofty mountains, the airport’s runway is 527m long and 30m wide. Those who have flown to this airport have described the flight as an ‘exciting and thrilling’ experience.

What Are The Available Alternatives?

If you wish to avoid this hassle, you can choose to trek all the way to Everest Base Camp.  Yes, you can opt not to fly to Lukla and walk all the way to Everest Base Camp by taking the classic route through Jiri or Salleri. Before Tenzing Hillary Airport was established in Lukla, trekkers and mountaineers used to trek through Jiri to Everest Base Camp. The trek from Jiri to EBC begins with an 8 hour drive to the trailhead at Bhandar (via Jiri) from Kathmandu, while the trek from Salleri begins with a drive (9 to 10 hours) from Kathmandu to Salleri.  If you choose either of these routes, you will have to spend a couple of more days on the trail. Taking these classic routes will offer you a new experience. The views are splendid as the trail weaves past lush forests and traditional Rai and Sherpa villages.

How Can Third Rock Adventures Help You?

If you have already booked your trek to Everest region (Everest Base Camp  trek, Everest Base Camp Gokyo –Chola Pass, Everest Base Camp Heli Trek etc.) with Third Rock Adventures, the company will arrange the transportation to and from Manthalai  Airport. Since Lukla flights are scheduled early in the morning, we will have an early start, at least five or six hours before the scheduled departure. In the event of flight cancellation due to bad weather, accommodation will also be arranged. As there are only a handful of guesthouses in Ramechhap, it is highly probable that rooms may not be available for all. If we are unable to book a hotel room for you, you will be put up in a tented camp.

How to reach Ramechhap (Manthali) Airport by Road (6.17 Min Watch)

If you want to take the trail from Jiri or Salleri to EBC, we can organize your trek. You just have get in touch with us (send us an email or call us up). Our Travel Consultant will plan the perfect itinerary for you.

AO
Archan Oli | Sun Apr 7, 2019
"Sagarmatha" also known as Mt. Everest is the world highest peak with altitude of 8848m. Everest base Camp trek is a life time experience trekking in Himalayan country exploring the culture of Sherpa land.This is one of the famous trekking destination chosen by most of the people in world. Everest Base Camp Trek is an adventure trekking package that most of the trekkers choose. Though there are numerous trekking trails in Everest region only the Everest Base camp is considered as the feasible and easy in grade in comparison to others.
Reply 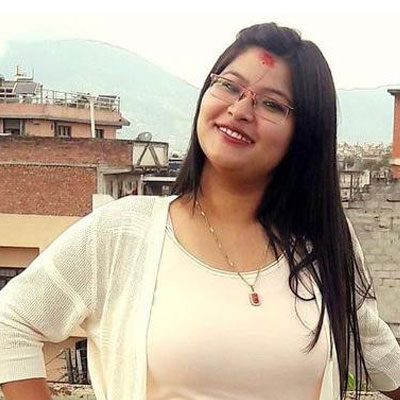 Digital marketer, travel writer by profession, and traveler by passion, Sudina Manandhar has explored several places in Nepal and done some beautiful Himalayan treks in Nepal, including Annapurna Base Camp and Poonhill Trek. She naturally found her definitive niche in travel writing and has extensively written for several travel websites. She is completely and utterly obsessed with traveling to new destinations and inspiring readers to travel.