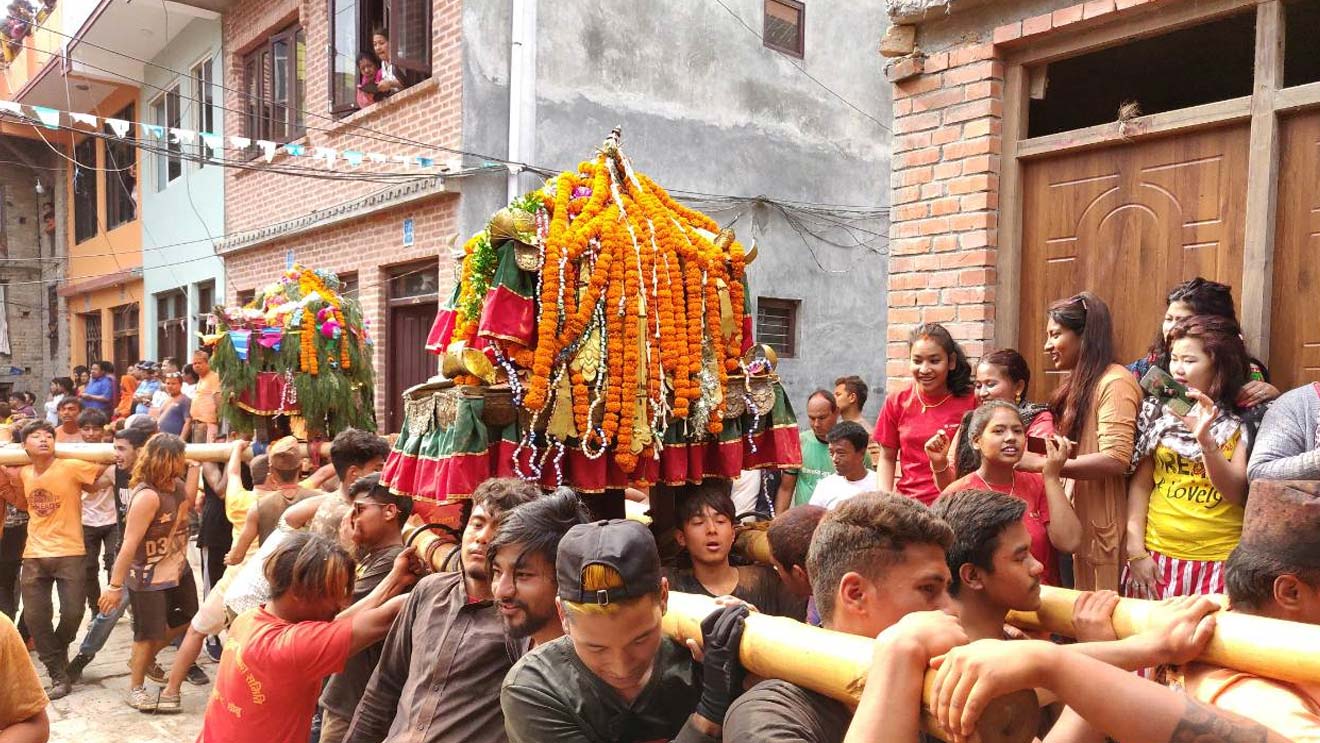 Bisket Jatra is celebrated in Bhaktapur and Thimi at the start of the New Year on the Bikram Sambat calendar. If you belong to the valley, you sure will be familiar to a lot of Jatras and festival,

Bisket Jatra is celebrated in Bhaktapur and Thimi at the start of the New Year on the Bikram Sambat calendar. If you belong to the valley, you sure will be familiar to a lot of Jatras and festival, Bisket Jatra is just one of them which mainly praise the God Bhairav and the Goddess Bhadrakali. People prepare huge chariots and they are pulled by young men all around the narrow streets of Bhaktapur. There is even a tug of war between the people from the upper part of town (THANE) and the lower part (KONE). Sindur Jatra is celebrated in Balkumari, Thimi side by side Bisket Jatra. Local inhabitants of Thimi gather in the streets with their own chariot carrying different gods and goddesses. Sindoor (vermilion red) is showered over the gods and people, a sign of offering prayers and good wishes. The 9 day Bisket jatra usually falls on the month of April and if you are in Kathmandu during the same period, you could go for the one day Kathmandu ancient city tour

There are many legends associated with Bisket Jatra. Among the many stories, two stories are very popular among the Newar community and widely accepted by the people. The first legend is about the princess and her snakes. The Malla king Jagajoyti Malla was fascinated by legends and myth. He heard the story of the princess who held a curse that decreed that anyone who married her, died the next morning. The princess’s father was very worried about her daughter as whoever married her was found dead the next morning.

Finally an old woman’s son was chosen as the groom for the princess. The old lady was reluctant to give her son to the princess as he was her only support during old age. Another old woman advised the boy what he should do on their wedding night and the boy agreed to marry the princess. On the wedding night, once the princess fell asleep, the boy remained awake following the advice of the old lady. The boy noticed that two rope like things came out the nostrils of the princess which took the shape of snakes. The boy quickly cut the snakes and killed them before they could grow any further as told to do by the old lady. The citizens later came to know of what had happened and found out that the old lady that had advised the young boy was none other than the Goddess Bhadrakali. King Jagajoyti loved the story and wanted the story to be remembered with joy and prosperity. He started the Bisyaku Jatra which later came to be known as Bisket Jatra.

Enjoyed reading about Bisket Jatra ? Find more engrossing content about things to do below 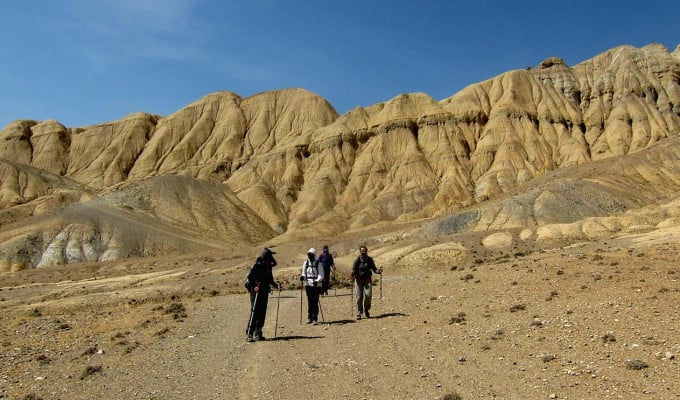