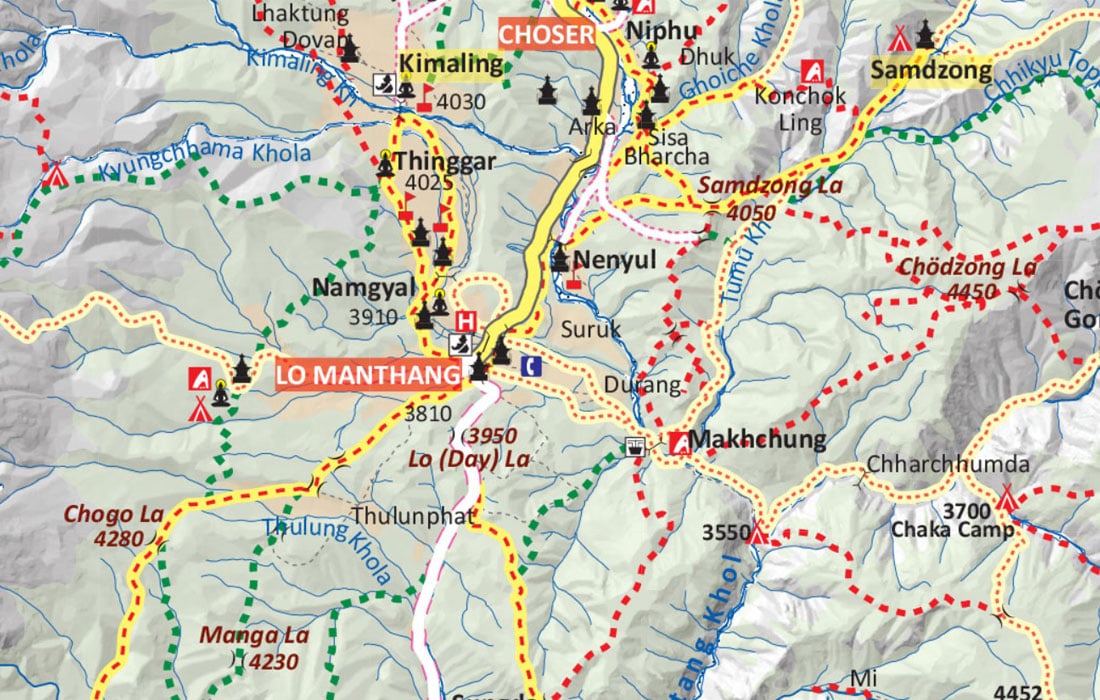 Upper Mustang Trek takes you to the isolated area of Upper Mustang, then a restricted kingdom. Admittedly, this trek is one of the most popular treks in Nepal. Opened recently, Upper Mustang, also known as the Last Forbidden Kingdom, attracts thousands of western trekkers every year. Toni Hagen, a Swiss explorer, and geologist, first visited Mustang in 1952. However, the region was opened to foreigners in 1992. The well-preserved Tibetan culture and dramatic landscape are two prominent highlights of the trek.

The world’s deepest Kali Gandaki Gorge is yet another highlight of this trek. Trekkers can explore unique caves and ancient monasteries and embrace awe-inspiring views of Annapurna, Dhaulagiri, Nilgiri, and other peaks. The Tiji festival in Lo-Manthang draws many local and international tourists every year, especially in May and June.

You can commence the trek with a 7-hour scenic drive to Pokhara from Kathmandu and catch an early flight from Pokhara to Jomsom. Jomson is the starting point of Upper Mustang Trek. Then, the trail slowly ascends to Kagbeni, Chele, Syanbochen, Ghami, and Charang, just before heading to Lo-Manthang. This part of the trek takes 5 to 6 days, hiking for an average of 5-6 hours every day. The trek is considered a moderate trek, the best fit for the novice as well as hardy trekkers.

The Upper Mustang Trek itinerary entails a day for exploring the ancient walled city of Lo Manthang. On this day, you will explore Champa Lhakang and Choprang gompa. Yara at 3,838m is the highest point of this trek. From Yara, the trail weaves through other stopping points like Tange, Tetang, Muktinath, and Jomson. Muktinath and Jomson are the two popular places in the Annapurna region of Nepal. The trek ends at Jomson airport, from where you will fly back to Pokhara and Kathmandu.

Please acknowledge the frame (the border) enclosed in pink color as the international boundary. To the north of the map are China and Tibet. Locate Jomson at the left-bottom part of the map, the starting point of this trek. The red dashed line in yellow is what you should be following in the map- the trail of Upper Mustang. Please confirm the H letter in red color as the hotels along the route. For your information, the popular landmarks for the trek are inscribed in BLOCK CAPITALS for your convenience.  The map scale of this map is 1: 200,000. It means one inch of the map equals 200,000 inches of real-world terrain. 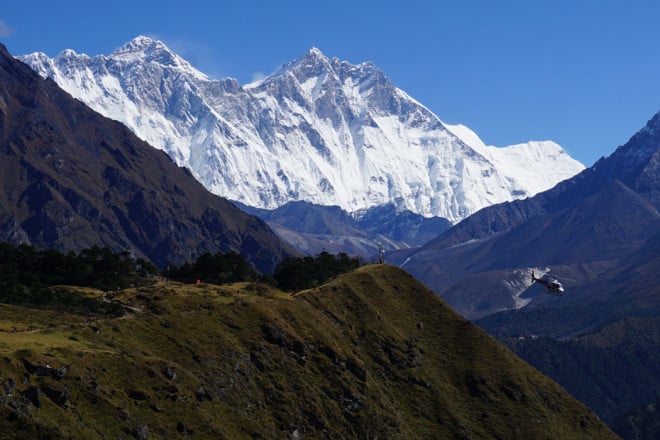 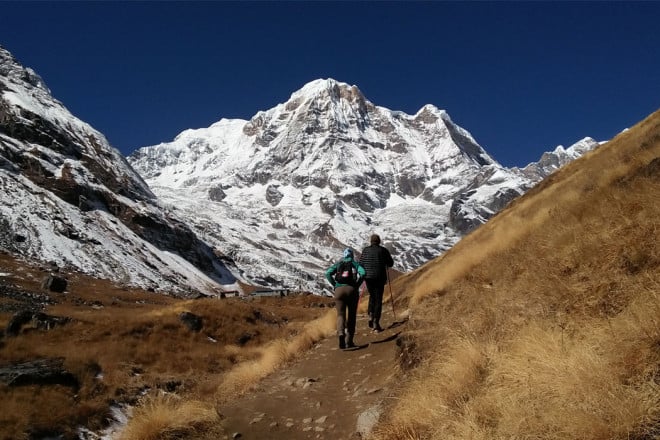 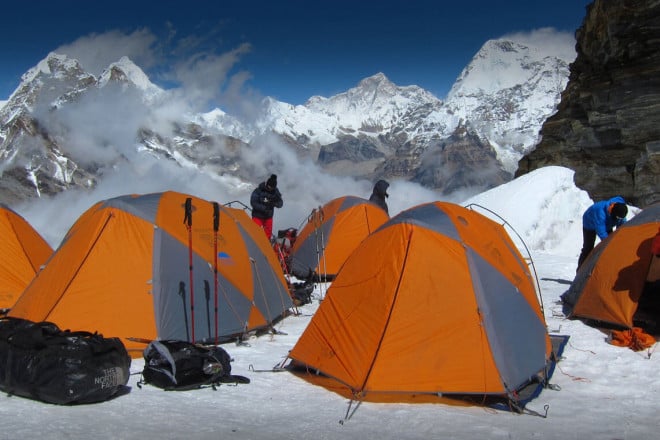 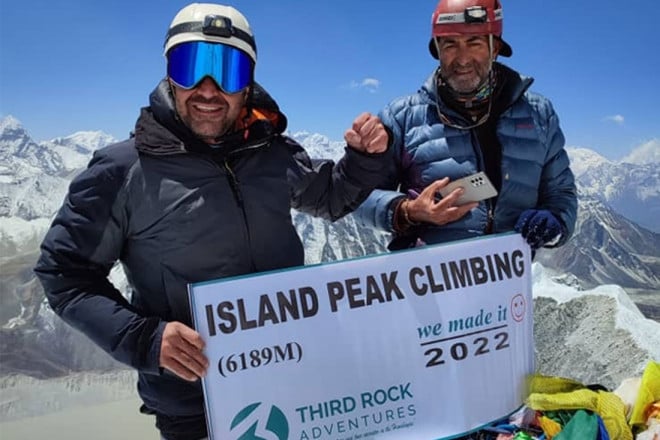 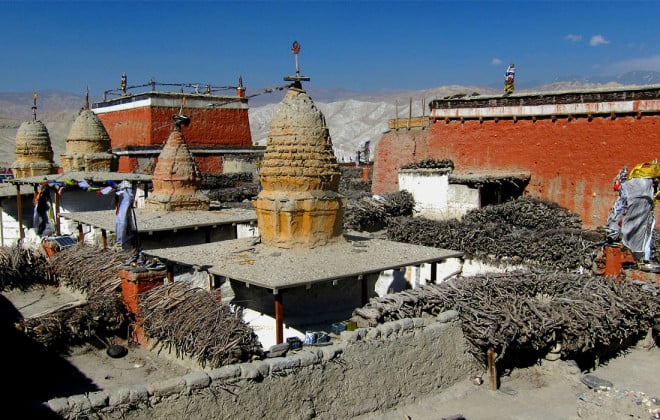 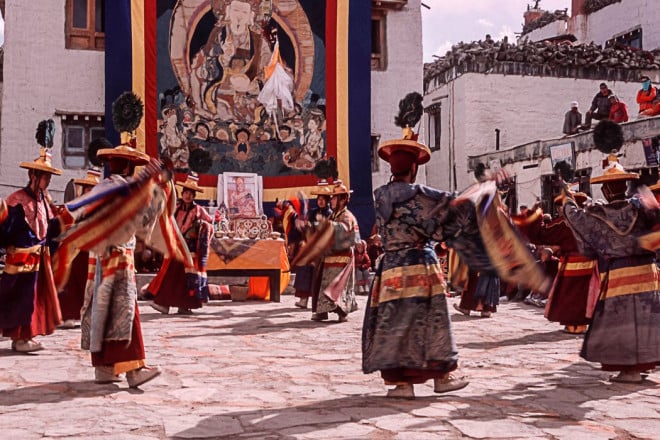 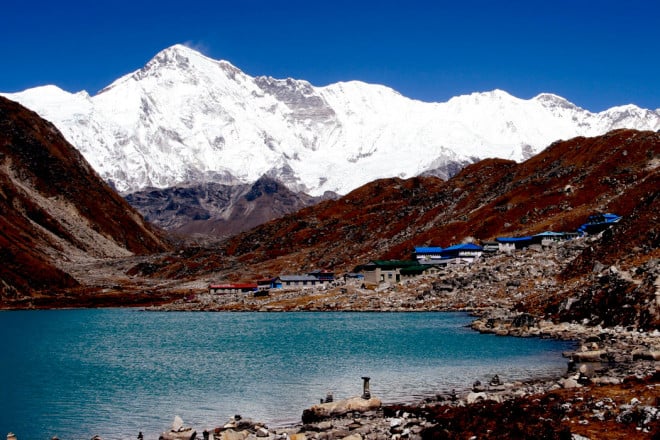 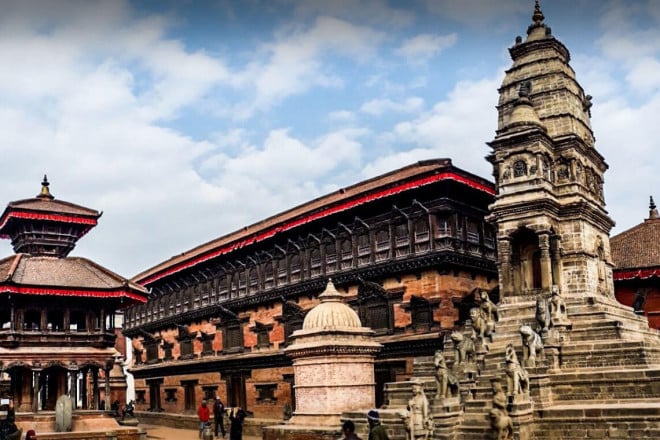