Lakpa Dorje Sherpa is a veteran mountaineer with more than 20 years of experience. In his over two-decades-long career, he has climbed many mountains in Nepal, Tibet, and Europe. Lakpa has summited the highest mountain in the world, Everest (8,848m) 7 times. He scaled Everest 4 times from the south face situated in Nepal and 3 times from the north face that lies in Tibet. Talking about eight-thousanders besides Everest of Nepal, Lakpa has summited Lhotse (8,516m) 3 times and Manaslu (8,163m) once. Also, he has climbed an eight-thousander situated in Tibet, Mount Shishapangma (8,027m) twice. His successful career as mountaineering includes summiting Island Peak (6,189m) 25 times, Mera Peak (6,476m) 15 times, Lobuche Peak (6,119m) 8 times and others. Moreover, he has scaled Baruntse (7,129m) 4 times, Yala Peak (5,520m) 3 times, Pachhermo Peak (6,273m) 3 times, Pumori (7,161m) once and others. Climbing two mountains in Austria of Europe are his added accomplishment.

Lakpa was born and bought up in Solukhumbu district of Nepal. He spent his childhood surrounded by many high mountains including Mount Everest. He couldn’t stay too far from the alluring mountains so started working as a porter from 18 years of age. In his early years of career, Lakpa served as a kitchen boy, assistant cook, assistant Sherpa and eventually became a licensed trekking guide by Government of Nepal.

Besides the mountains of Nepal, Lakpa has successfully climbed Shishapangma (8,027m) of Tibet twice. Lakpa has made Nepal proud in Austria of Europe too. He summited the highest mountain of Austria, Grossglockner (3,798m) and Hintere Schwärze (3,628m) situated in the border between Austria and Italy.

Safety of his clients and other team members on an expedition is the primary concern for Lakpa. Experienced and technically sound Lakpa believes that safely ascending and descending a mountain with an expedition team is the biggest achievement of a mountaineering leader. He has worked with expedition teams from all across the world including Spain, Mexico, Australia, Germany, United Kingdom, USA, Denmark, Japan, Austria, Malaysia, and others.

Warm and humble Lakpa gleamed with happiness as he recalled his meeting with one of the first climbers to reach the top of the world, Sir Edmund Hillary. He was elated while sharing about his certificates of Mount Everest summit being signed by Sir Edmund Hillary.

Lakpa is a certified Trekking Guide by the Government of Nepal. He also has a certificate from the ECO-Trekking Workshop to promote Conservation in Trekking. He holds a certificate of successful completion of the High Alpine Course conducted by OKO HIMAL in collaboration with Austria and Trekking Agents Association of Nepal. He is trained in Mountain Rescue Operations and First Aid Training of Mountaineering School Thame. Moreover, Lakpa is trained in Basic Introductory Mountaineering Training from Nepal Mountaineering Association and PETZL Foundation of France. Further, Lakpa has participated in various mountain safety training organized by different groups. He has honed his skills by participating in Mountain Tourism and Lodge Management Training under Alpine Consult in Austria. 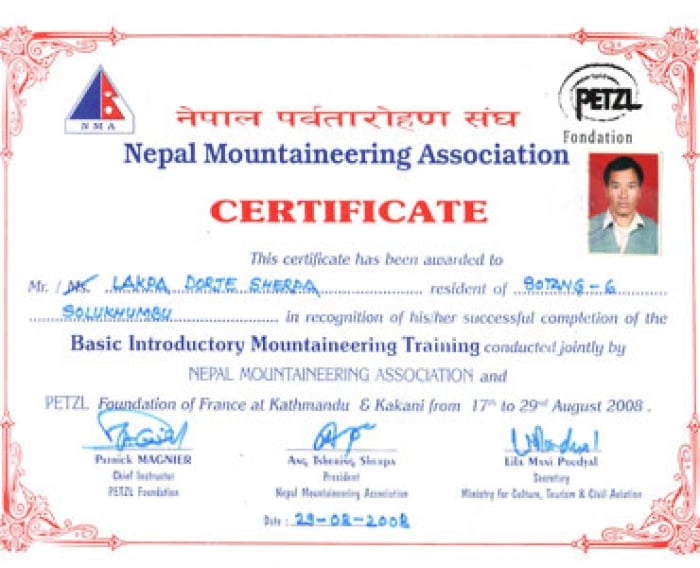 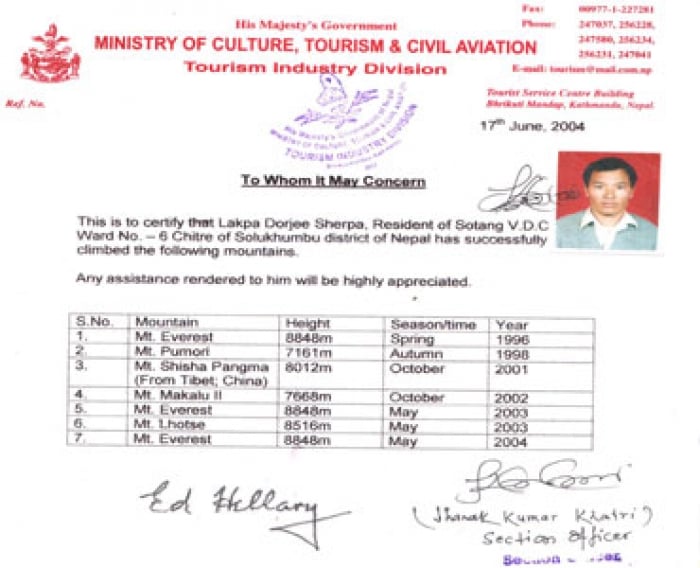 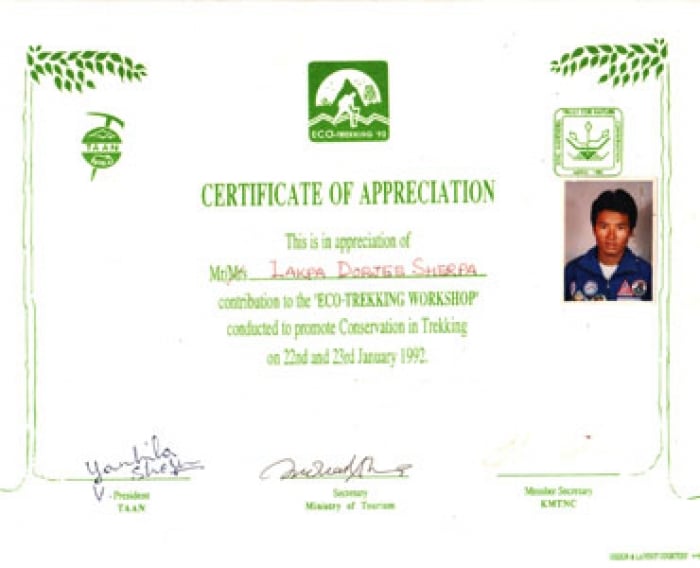 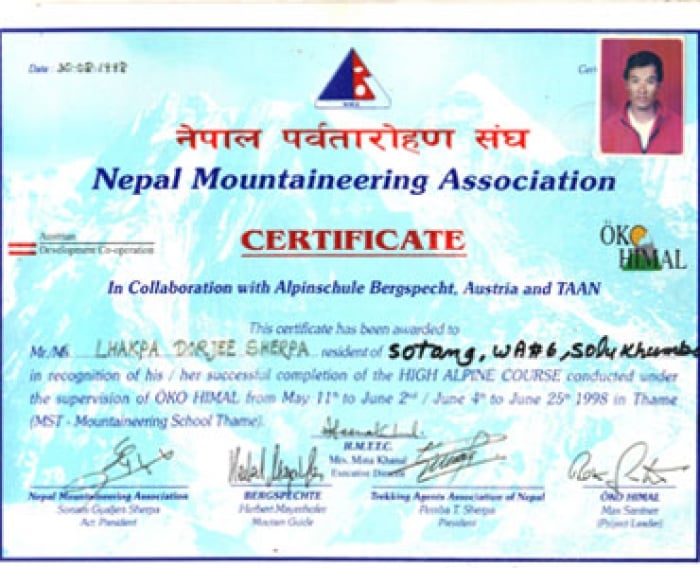 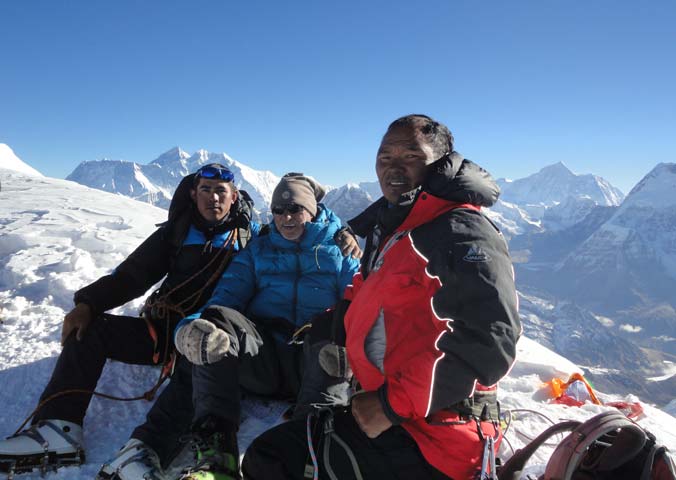 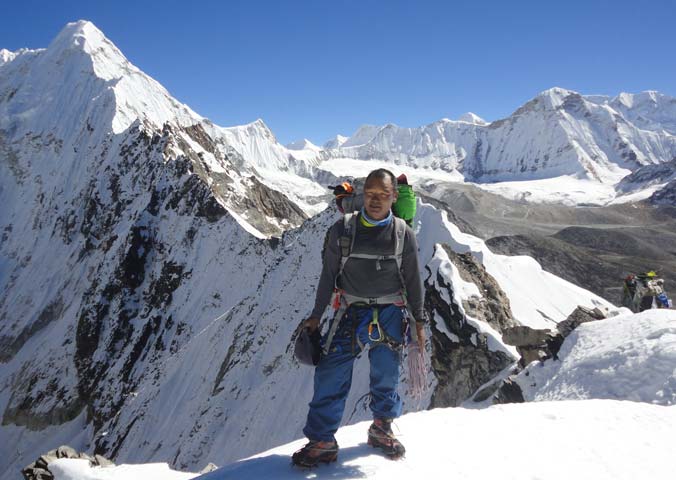 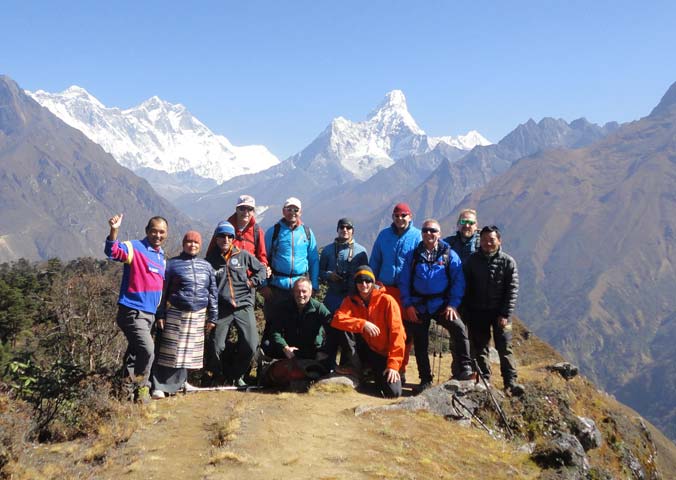 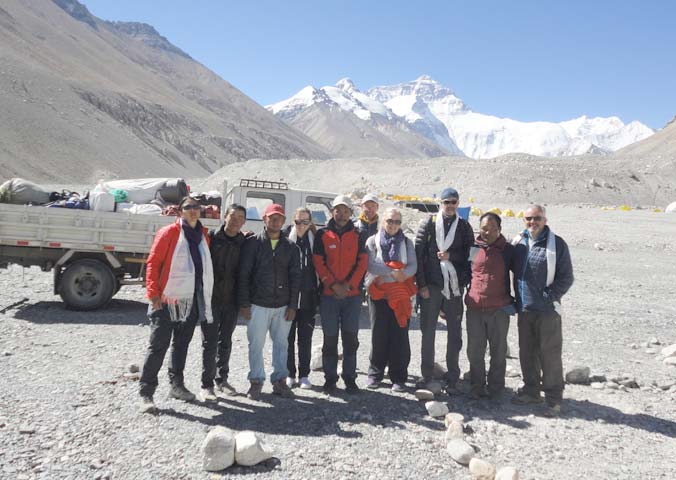 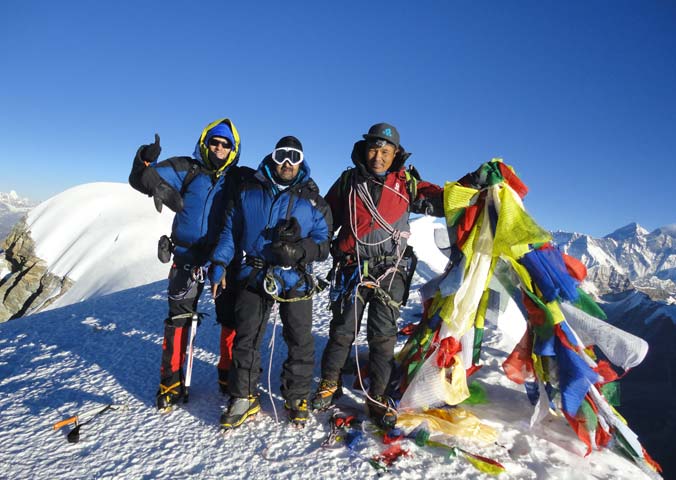 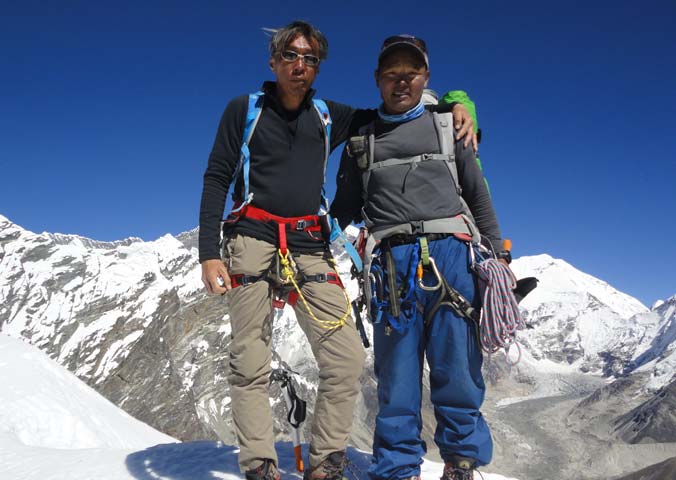 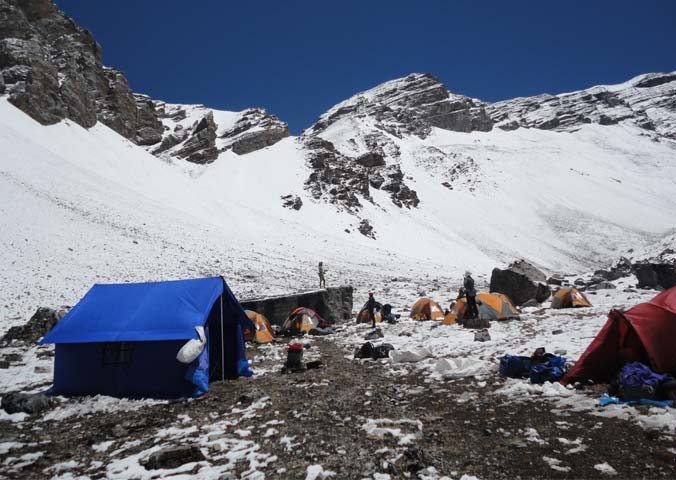 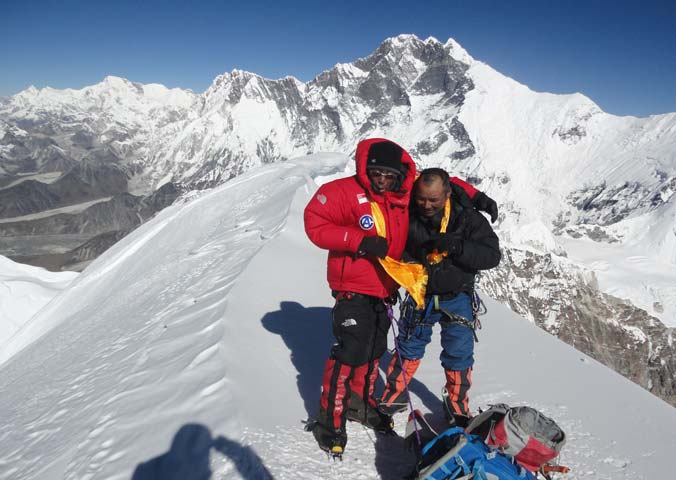 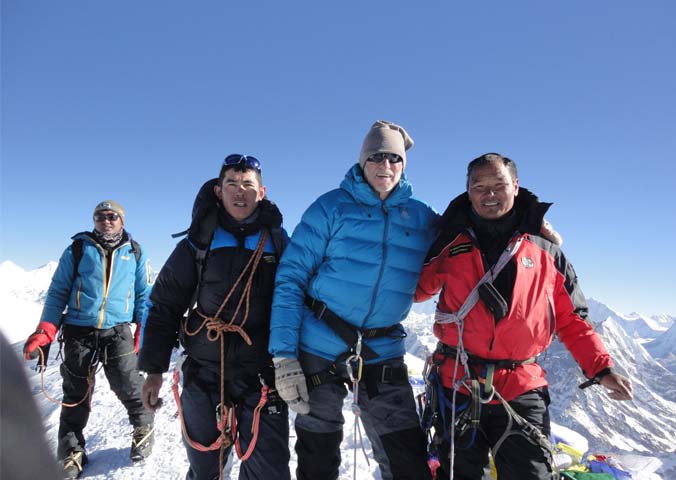 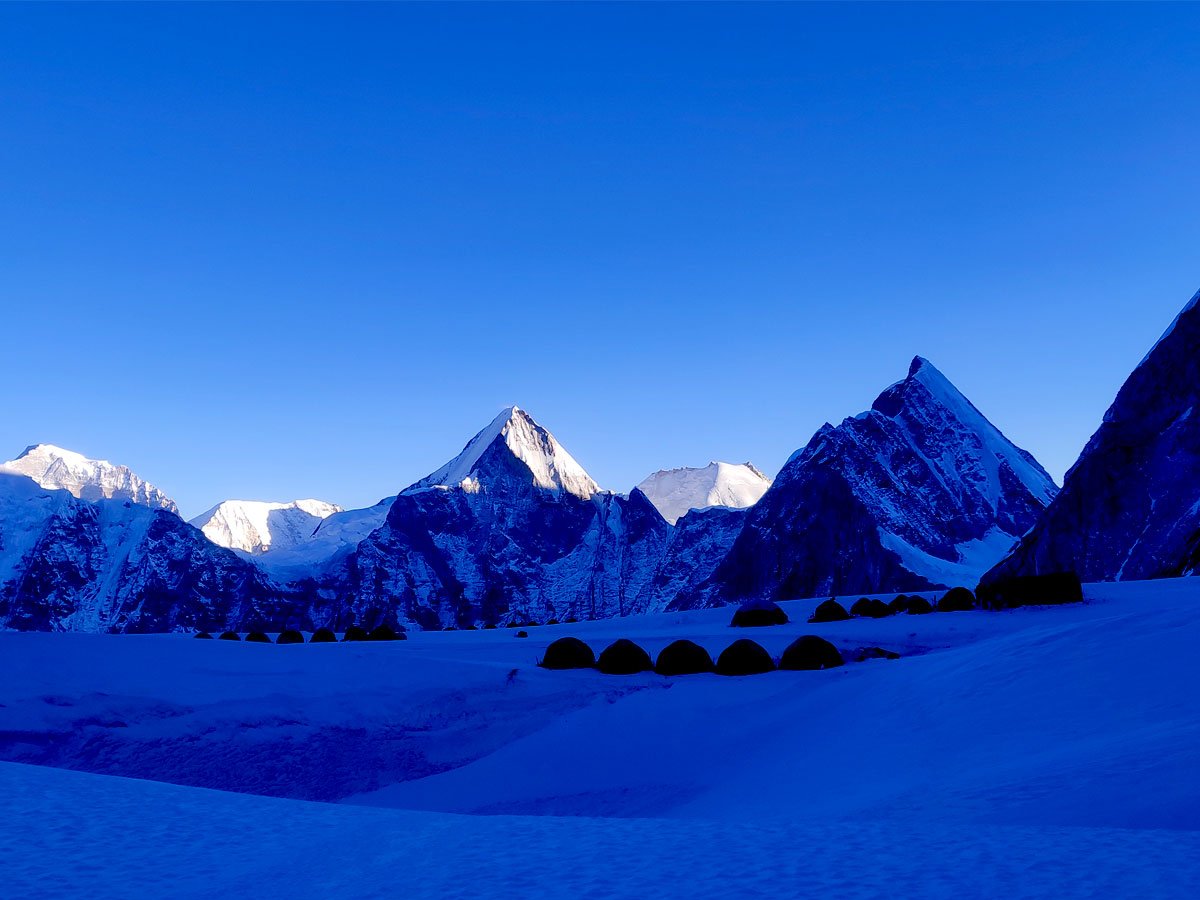 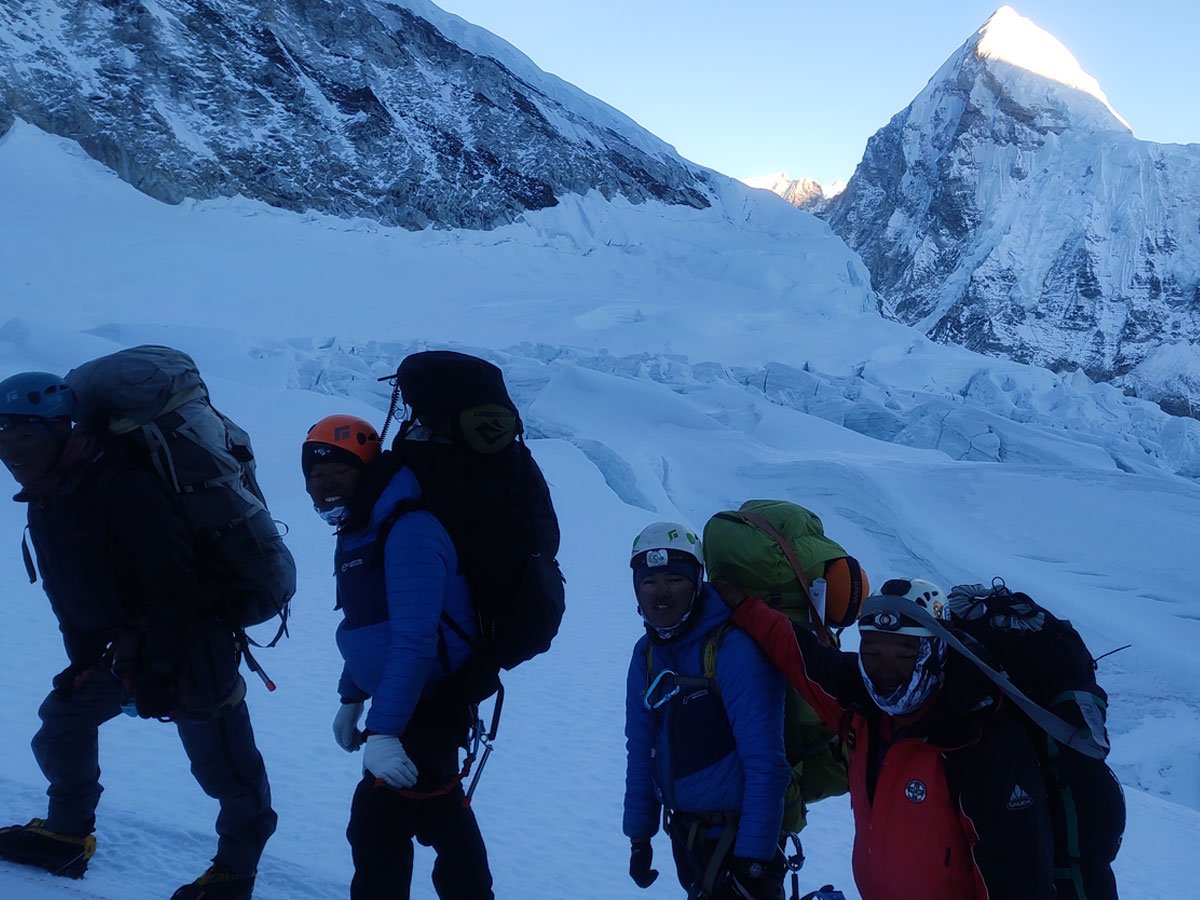 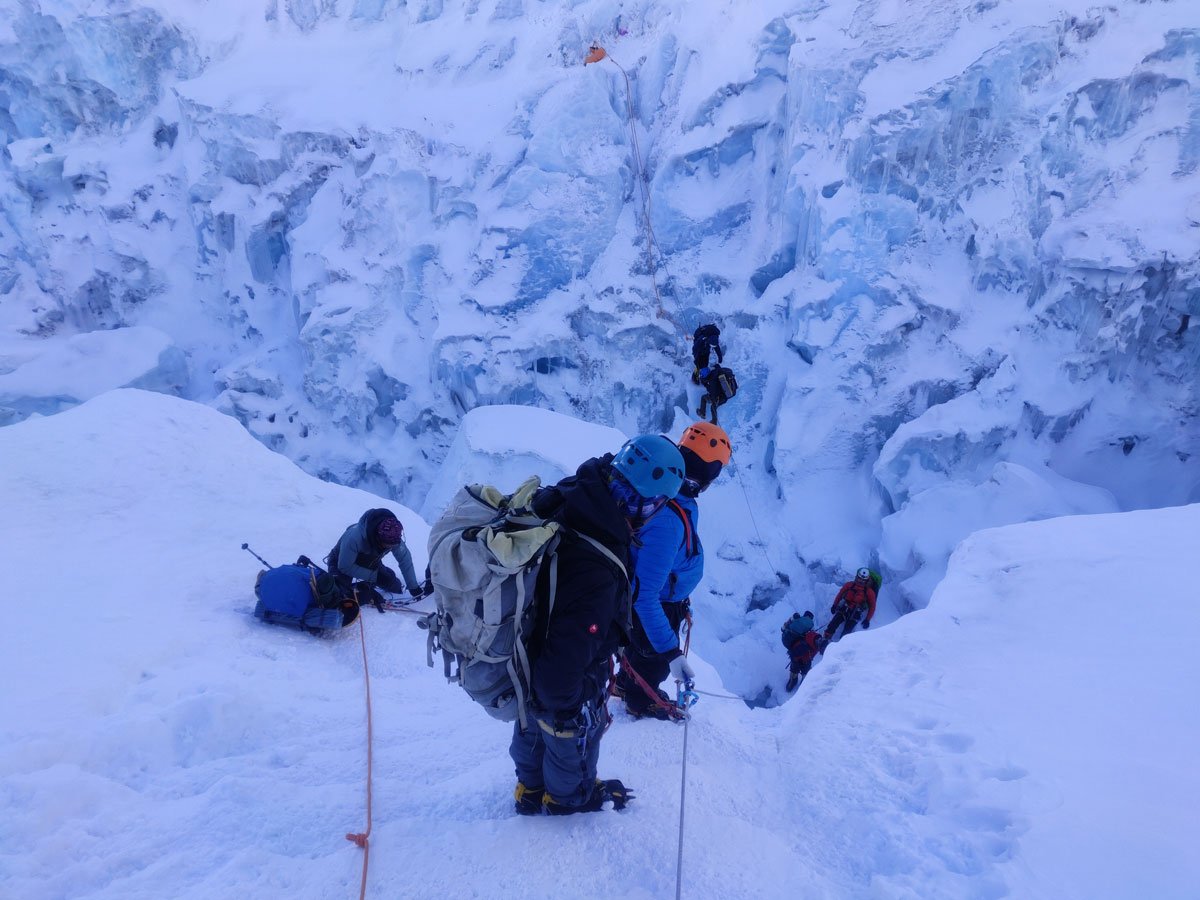 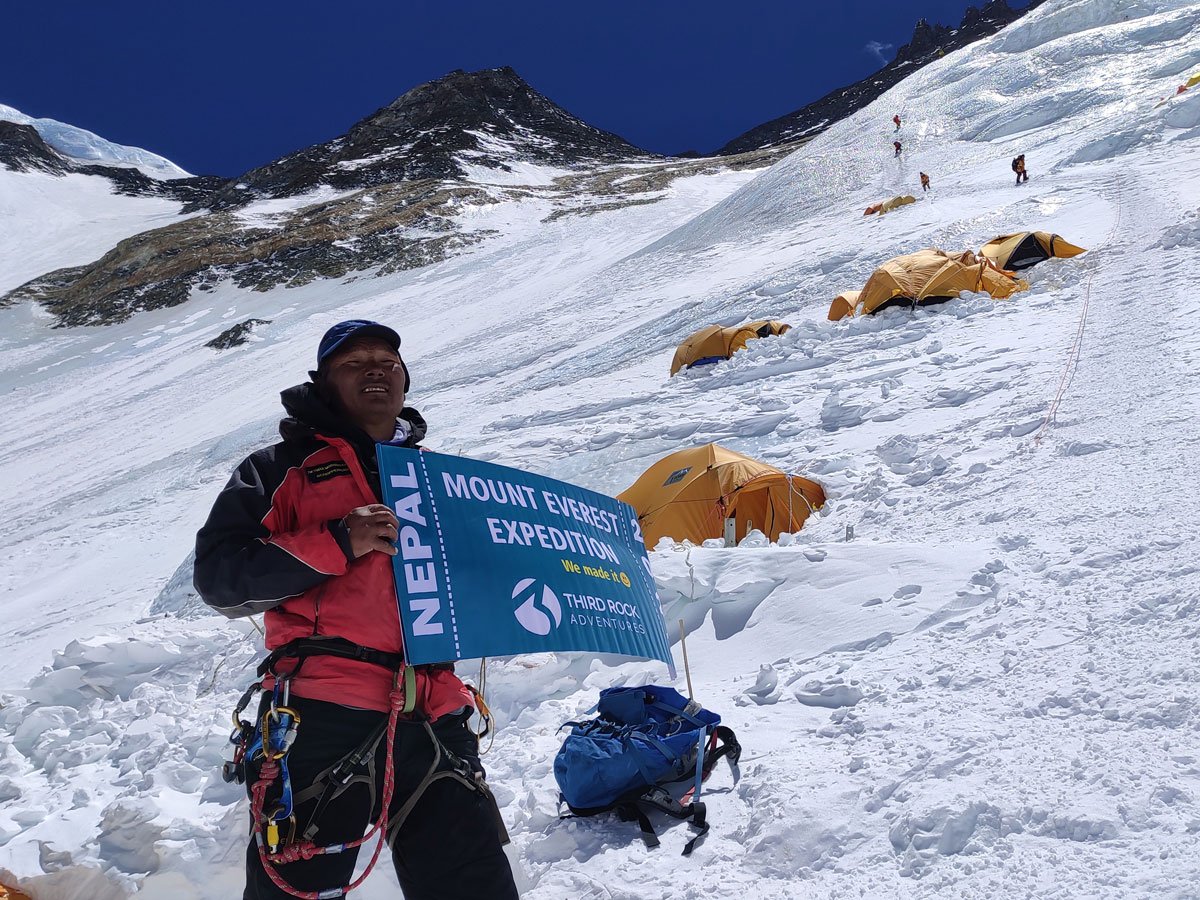 Travel experiences of our clients who travelled with Lakpa Dorjee Sherpa .

United Kingdom
Oct 25, 2022
climbed two peaks
A friend of mine from USA recommended Naba's company for this expedition. Before I booked it, I had long talk with Naba and the climbing leader. They were professional and open to any discussion. Although I had no good experience, Naba ensured that his team will make it happen. I also checked their reviews online and found it worth a try. Their operation are outstanding, they have good contact for any backup and lacks. I was so happy to have climbed these two peaks. Cannot recommend them enough.
Roberto Gamez

Spain
Oct 24, 2022
Island with Mera Peak.
We did it!!! wohoooo! I am obliged to thank Naba and Lakpa Dai for this amazing expedition. First of all, I am thankful for the reasonable price as I had compared the price with serveral other companies and their services and Third Rock outstands. My climbing leader was a humble nepali dai with years of epxerience climbing the peaks for many times. He shared me his family status, his culture, his company and climbing stories. It was pleasure doing this expedition with Lakpa. He is the man you shoould be climbing Nepali peak with. Thanks again to Naba. Will definitely reach out to them for any adventure and trip to Nepal.
Derrick Riddle

United States of America
Oct 22, 2022
Unbelievable expedition
Naba my friend suggested I to do this peak with Lakpa. I loved my climbing leader; he was amazing person. He encouraged me everytime I lagged and decided to halt. At times, I wasn't able to walk, but he waited for me until I catch my breath. Climbing part was great because of pre-climb training. Everything was simply perfect. The view from the summit was unbelievable, i didn't believe my eyes. Thanks Third Rock team for this unbelievable expedition.
Good Value
Yes
Katherine Allen