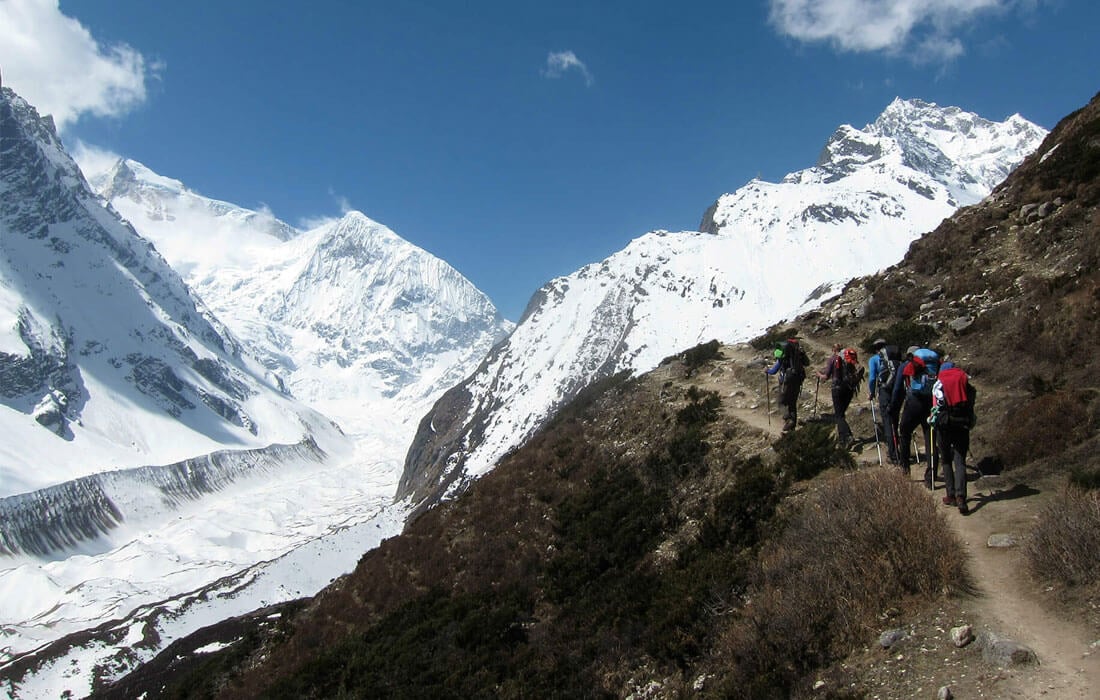 There’s more to Nepal than her gigantic mountains. In this article read about top rated the best things to do in Nepal. From trekking to food tours, read about it all. Apart from popular activities like trekking and peak climbing, today, you can experience Nepal in new ways – village homestays, cookery courses, meditation courses, guided walks with historians, food tours of Kathmandu eateries and many more.

Dominated by Himalayan heights, Nepal is almost without question the world’s finest trekking destination, but this is no one-trick pony country. With rafting, safaris, bungee jumping, peak climbing, cycling and cultural experiences, Nepal is the adventure playground of South Asia with something for adrenaline junkies and culture vultures alike. In this feature, we run through the best things to do in Nepal.

When you have more than half (8 out of 14) of the planets 8000m plus peaks in your backyard - including Everest, the biggest of them all – trekking comes in your DNA. In the years since Nepal welcomed its first international trekkers and mountaineers, the country has fast gained a reputation for the magnificence of its mountain grandeur and – just as importantly – for its highly organized and professional trekking industry.

In Nepal, trekking can be as easy and breezy as slinging on a backpack and pacing one of the classic ‘teahouse’ trails such as the Annapurna Circuit where every night a cheap and comfy bed and a hot, filling meal is easy to find. Or, it can be as wild and adventurous as a month-long, fully organized camping expedition over remote passes and through villages where foreign visitors are as rare as a horizontal horizon. Whichever style of walking takes your fancy, trekking through the mountains of Nepal is not just the best thing to do in Nepal. It’s quite likely to be one of the best things you’ll ever do in your life! 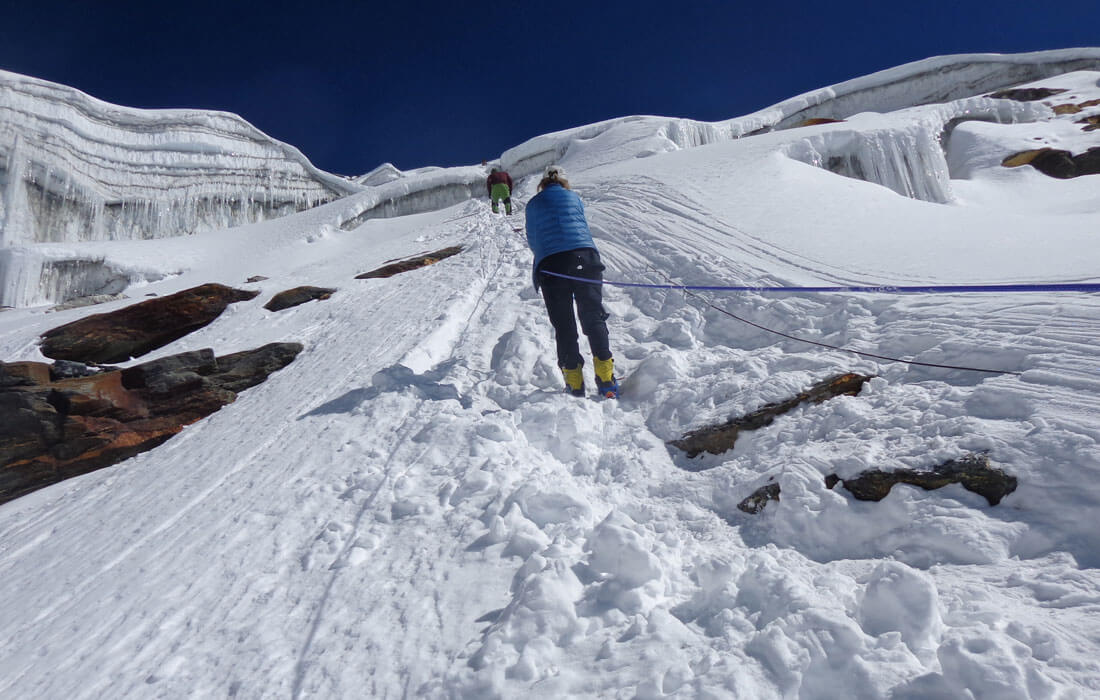 Ambitions of standing on the summit of the world? Well, okay climbing Everest is a bit beyond the ability of most of us mere mortals, but in Nepal, it’s still possible to stand higher than most of us ever have in the past and most likely ever will in the future. There are numerous cloud scraping mountain peaks in Nepal that are accessible to the fit and acclimatized trekker that doesn’t involve too much pre-planning on eye-watering expense. Known as ‘trekking peaks’ these are no mere molehills. The most popular trekking peak is Island Peak in the Khumbu region (where Everest is situated), the summit of which is a daunting 6189m above sea level. Although it’s more of a tough hike and scramble than true mountaineering, the views from the summit will literally have you gazing into the edge of space! And once you’ve bagged Island Peak there are numerous other even more challenging trekking peaks to summit.  More: Packing List for Peak Climbing in Nepal - Third Rock Adventures

Okay, okay, so Nepal has the greatest collection of mountain peaks on the planet. It has stunning wildlife. It has adventure activities and extreme sports galore and all of these things are worth traveling the world to experience. But, do you know what the very best thing to do in Nepal is really?

Meet the people and learn something of the nation’s rich history and culture that’s what. Whether you’re talking to a Sherpa in the Khumbu, learning about the life of a Hindu Saddhu at Pashupatinath, cooking dhal bhat in a Newari household in Kathmandu, meditating at sunset with Buddhist pilgrims at the place of the Buddha’s birth, or merely sipping tea with a rice farmer in the Terai lowlands or a Tibetan nomad in the high pastures, you will find the Nepalese are a universally smiley, welcoming and helpful bunch.

Today, there is an ever-increasing number of ways to get to know the Nepalese: homestays in back of beyond villages, cookery courses in the city, meditation courses, guided walks with historians, food tours of Kathmandu backstreet eateries and many more. Whichever way you choose to meet the Nepalese you can be certain that when it comes to deciding what the best thing to do in Nepal is, the charm and chatter of the people will quite simply leave Everest in the shadows. More: Top 10 Things To Do In Kathmandu Nepal

Where hiking boots can go so too can fat tyres (well, most places anyway). Mountain biking is an increasingly popular – but by no means easy - way to enjoy Nepal’s epic landscapes. The Annapurna Circuit is fast gaining a reputation as one of the world’s best mountain biking routes (though as you struggle up to the Thorung La pass dragging your bike every breathless step of the way, you might decide otherwise!). Less well known, but equally rewarding, is the Tibetan flavored region of Upper Mustang where cyclists peddle down rainbow-colored canyons past ancient gompas and walled towns. Not all of Nepal’s mountain biking is up where the air is thin, there are innumerable biking routes – form the gentle to the demanding - in and around the Kathmandu Valley where the scenics mix with the rich valley culture and a comfortable hotel and quality meal awaits at the end of the day.

A world away from the heights of Everest, the steamy lowlands of Nepal (known as the Terai) are home to a string of fabulous national parks (Chitwan, Bardia and Koshi Tappu) where elephants trumpet, tigers melt into the shadows, one-horned rhinos batter down the grasslands and monkeys by the dozen swing through this living Jungle Book. A safari in search of some of southern Asia’s most enigmatic megafauna might not work the muscles like some of Nepal’s adventure activities but the thrill of sliding up to a riverbank to see an enormous crocodile, like a relic from the dinosaur age, sunning itself will sit long in the memory as one of the best things you did in Nepal.

When you’re done with the trekking, rafting, biking and safaris, but still need a shot of adrenaline straight to the heart, then Nepal has a grand supply of extreme sports to keep the thrills rolling. On the hills around Pokhara you can fly like a hawk by throwing yourself into the whims of the thermals attached to a paraglider. If you need a little more height then it’s also possible to organise skydiving from Pokhara. On the old road between Kathmandu and Tibet, you can tie a giant rubber band to your feet and launch yourself into one of Asia’s highest, scariest bungee jumps or, the even more terrifying, ‘canyon swing’, which might not be the ‘best’ thing you do in Nepal, but will certainly be the most fear-inducing!

Nepal is the land where the Buddha was born (in Lumbini) and where Hindu Kings ruled. It was also the end of the road for the hippies of the 1960’s and 70’s who traversed Europe and Asia in search of enlightenment (and drugs!). With a background this rich it doesn’t come as a surprise to learn that Nepal – and Kathmandu and Pokhara in particular – are world-renowned centres for meditation and yoga. There are courses for all levels, from hour-long morning yoga sessions on a hotel rooftop to serious weeks-long retreats inspired by both Hindu and Buddhist traditions.

The rivers that rage out of the Himalayas offer some of the world’s most thrilling white-water rafting and kayaking. Some of these river descents are expert only, but for many others, a pair of gills and the body of a fish isn’t required. There are plenty of entertaining river rapids ideal for first-time river rafters that come with minimal risk and maximum enjoyment. A few days spent paddling down river through a wonderful montage of rural landscapes and jungles dense in wildlife is tonic for the soul and will definitely be one of the best things you do in Nepal.