Permission issued to 5 teams for mountaineering 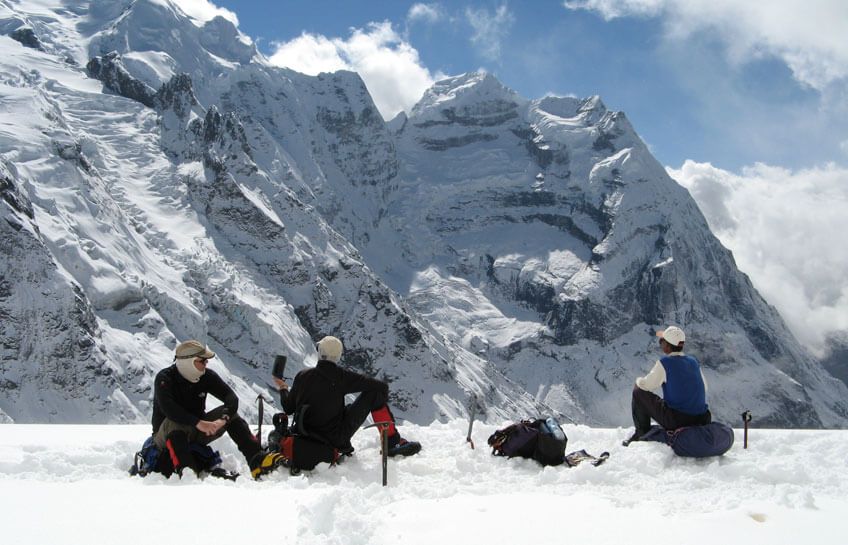 A total of five teams have been issued climbing permits till Sunday during the open mountaineering season amid the Corona epidemic. According to the Department of Tourism, 24 members of the two teams have already climbed the mountain. There is a team of Royal Force, including the Prince of Bahrain, to climb the mountain.

The team has already returned home after climbing Manaslu (8163 m). A Nepali team of six has climbed Varutse Himal.

During this period, another team, including the Prince of Qatar has come to climb Amadblum (6814 m). There are 6 climbing members in this team.

According to the department, two groups have also taken permission to climb Glagen Peak (6151 m) and Himlung Himal (7126 m).

It has 3 and 5 members respectively. Three members are Nepali. According to the statistics of the department, the team of five is foreign.

The fee for mountaineering in autumn is 50 percent lower than in spring. According to the department, a total of Rs 2.36 million has been raised from the five climbing permits issued so far.

The highest amount of Rs 1.96 million was paid by a team of 18 people, including the Prince of Bahrain.

After that, the team, including Prince Sheikh Mohammed bin Abdullah of Qatar has paid. The team has paid a total of Rs 282,480 in royalties.