Preparations for the Everest Height Declaration are in the final stages 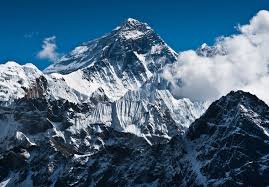 Preparations for the declaration of the height of the world's highest peak, Mount Everest, have reached the final stage, government officials said.

The Department of Surveying and Mapping is discussing with the Ministry of Land Management, Cooperatives and Poverty Alleviation regarding when from what level and by what program the work of height declaration will be announced.

While Nepal is measuring the height, the Department of Surveying and Mapping is waiting for the agreement to be announced jointly with China. During the visit of Chinese President Xi Jinping in October last year, it was agreed to jointly declare the height of Mount Everest.

After the visit, Chinese officials measured the height from the Chinese side in May 2020.

Despite recent talks between Nepal and China over the height declaration, government officials have not commented on the matter. Everest is 8,848 meters high. However, due to the earthquake of 2072 BS and other reasons, the height was slightly lower and not measured for a long time, so Nepal itself has started the work of measuring the height.

According to government officials, the completion of the work on behalf of Nepal has been delayed due to the exchange of data and information between the two sides, testing of measurements by one side, and re-testing any errors.

Joint Secretary and Spokesperson of the Ministry of Land Reforms Janak Raj Joshi said that the measurement work was almost completed, and preparations were underway to declare the height.

According to government officials, the sooner the Foreign Ministry settles the issue with the Chinese side, the sooner the height will be announced. The foreign ministry declined to comment.