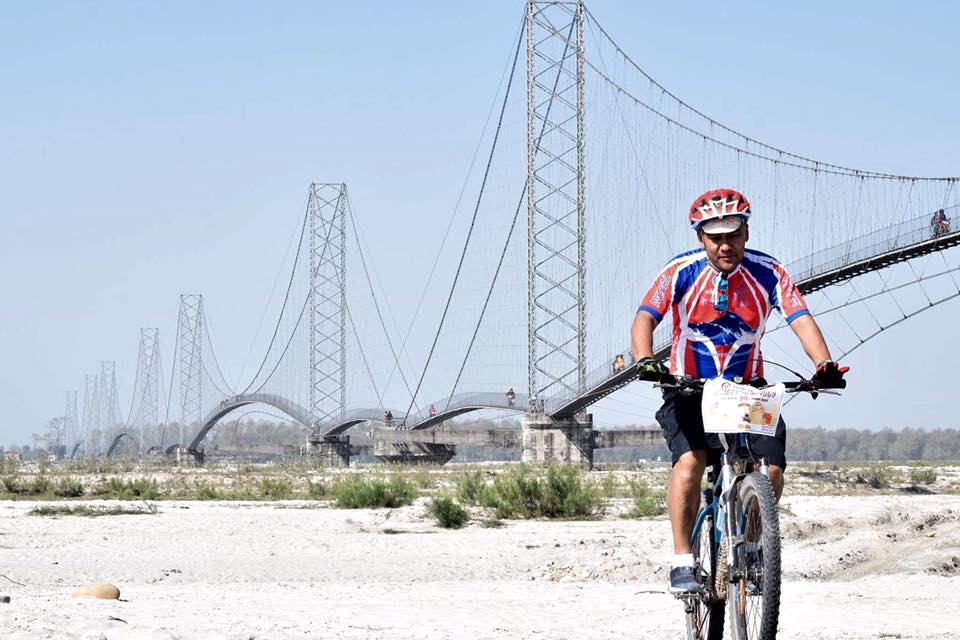 Tourism Entrepreneurs will travel from West Mahakali to East Mechi under the leadership of world cyclist Pushkar Shah.

The cycle journey that will start from Mahendranagar in the far west on November 3 will end on the 24th day after reaching Kankadvitta in the east, said program coordinator Shah. This program has been named 'Nepal Cycle Festival Journey 2077'.

Mukti Pandey, a participant in the cycle trip and a tourism entrepreneur, said that he believed that the bicycle tour would help in the upliftment of the tourism sector.

The distance from Mahakali in the west to Mechi in the east will be 1,624 kilometers, said Shah.

Chief Executive Officer of Nepal Tourism Board Dr. Dhananjay Regmi will bid farewell from the Board's office Bhrikuti Mandap, said program coordinator Shah. The program is being promoted by the Nepal Tourism Board with the support of TAAN, NATA and Nepal Mountaineering Association.