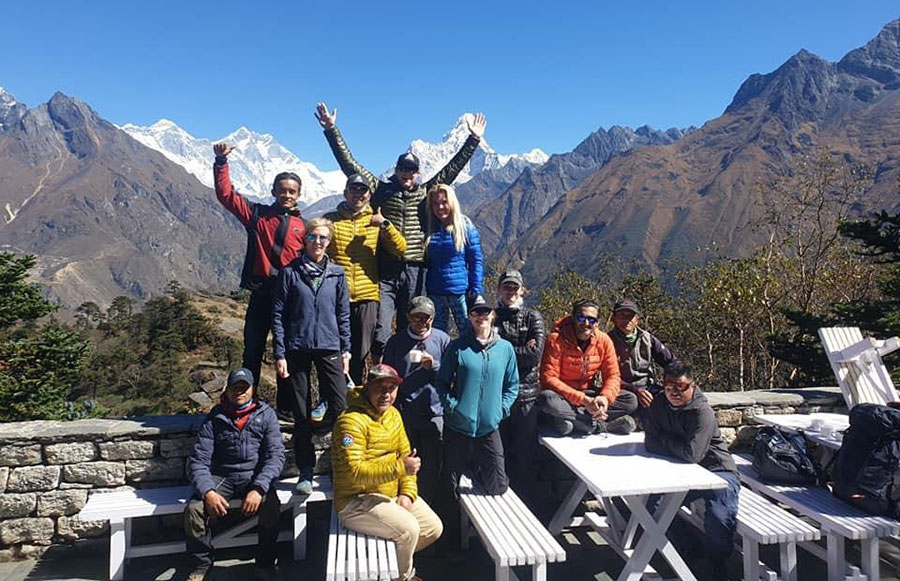 After the return of the Prince of Bahrain, Prince Sheikh Mohammed bin Abdullah of Qatar, who came to Nepal, has reached the base camp to climb Amadablam Mountain.

A 14-member team, including Prince Sheikh Mohammad reached the base camp of Amadablam on Sunday.

Ishwori Poudel, Managing Director of Himalayan Guides Nepal, said that a team of Americans and Canadians, including the Prince of Qatar, reached the base camp to climb Amadablam, which is considered to be the most beautiful but difficult mountain in the world.

The team, including the Prince of Qatar, had left Lukla from Kathmandu on the tenth day for mountaineering.

The team has 14 members including Prince Abdullah of Qatar, Americans, Canadians, and Nepalis.

Poudel, managing director of Himalayan Guides Nepal, who arranged the climb, said, "Fixing the rope for the climb is currently underway. If the weather permits, the team, including the prince, will return to Kathmandu within two weeks. '

The first ascent of the 6,812-meter-high Amadablam in Solukhumbu district was made in 1961. Earlier, a team led by Prince Mohammed Hamad Mohammed Al Khalifa of Bahrain had climbed the 8,156-meter-high Manaslu Mountain on September 15. The same team had also climbed the 6,119-meter-high Lobuche on September 30. Now is the season for mountaineering.