Annapurna Base Camp to reopen from September 17 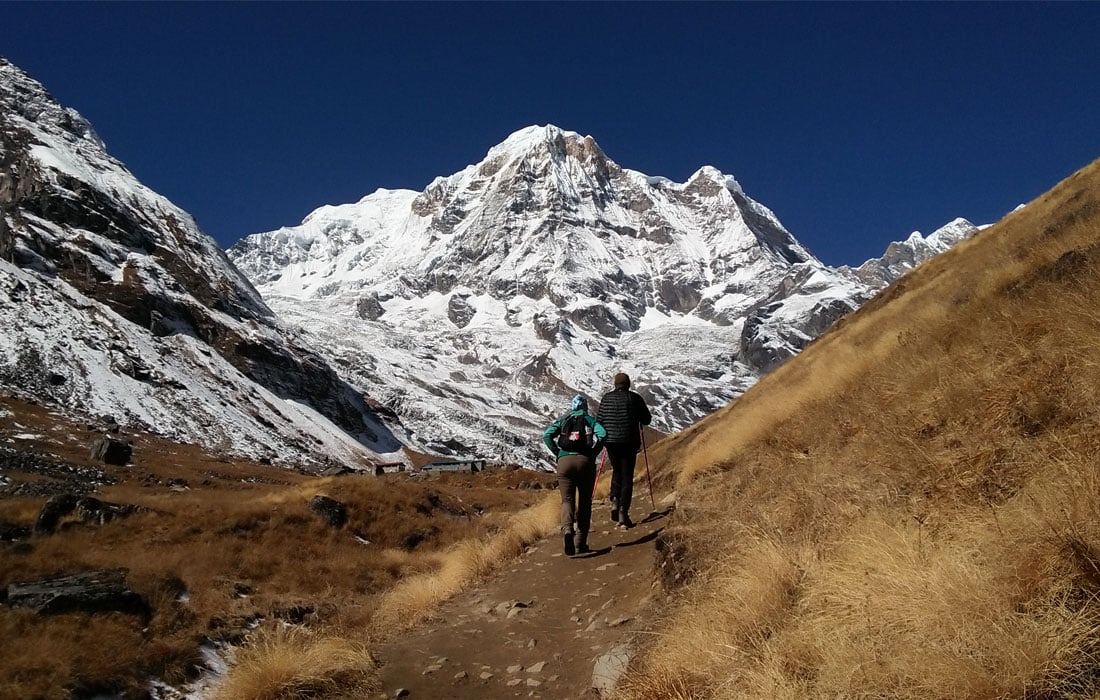 The Annapurna base camp closed by Corona will be open from the first week of the Asoj, Nepali calendar month. The base camp footpath will be opened as soon as the religious, cultural, and tourist destinations of the country start opening.

Secretary of the Chomrong Tourism Management Committee Dilip Gurung said that the trekking is being started by setting health standards in the base camp area, which is one of the top 10 footpaths in the world.

"We are planning to open the area from the first week of Asoj for the purpose of trekking," he said.

The uniqueness of this footpath is that you can walk by looking at the mountains up close. Entrepreneurs have expanded tourism infrastructure to provide adequate facilities to the visitors, said Lalit Gurung, coordinator of Annapurna Century Tourism Festival. Twenty-six hotels in the area are catering services to tourists. Four decades ago, tourists visiting the base camp were forced to stay in the huts of Bhendigoth and Chitra / Bhakari.

The hotels came into operation in the area after 1989 AD on the Annapurna Conservation Area Project (ACAP) initiative, established in 1986. According to the criteria set by ECAP, the hotel had run to Sinuwa, Bambo, Himalayan, Dobhan, Deurali, Machhapuchhre, and Annapurna base camp. According to the criteria, tourists can stay in 156 rooms, including six in each hotel.

Annapurna Century Tourism Festival was started in 2017 to help in its proper management and promotion in view of the growing tourist attraction in the region. The festival has been postponed for the last two years.

On June 3, 1950, the team of Maurice Herzog of France set a world record by climbing the Annapurna I. On May 29, 1953, Tenzing Norgay Sherpa and Edmund Hillary climbed the world's highest peak, Mount Everest, following the success of the 8,091-meter summit.

In the past, foreign tourists were forced to eat local delicacies. In recent years, hotels here have also started serving foreign dishes.

ECAP has been imparting training to the locals from time to time. The hotel has started keeping cooks that can make foreign dishes. With the expansion of the hotel's capacity, there is growing interest in further managing the ancient shrines at Buddhakruti, Dobhan, and Himal in the hills to the east of Deurali in the footpath area, as well as the 108 streams seen from the temple premises and the pool at Tatopani.

Som Thapa, former chairman of the Pokhara Tourism Council, said that the tourism industry should be restored to its original condition. "Tourist destinations are opening up in the world market with standards. We should not stay closed anymore," Thapa said.