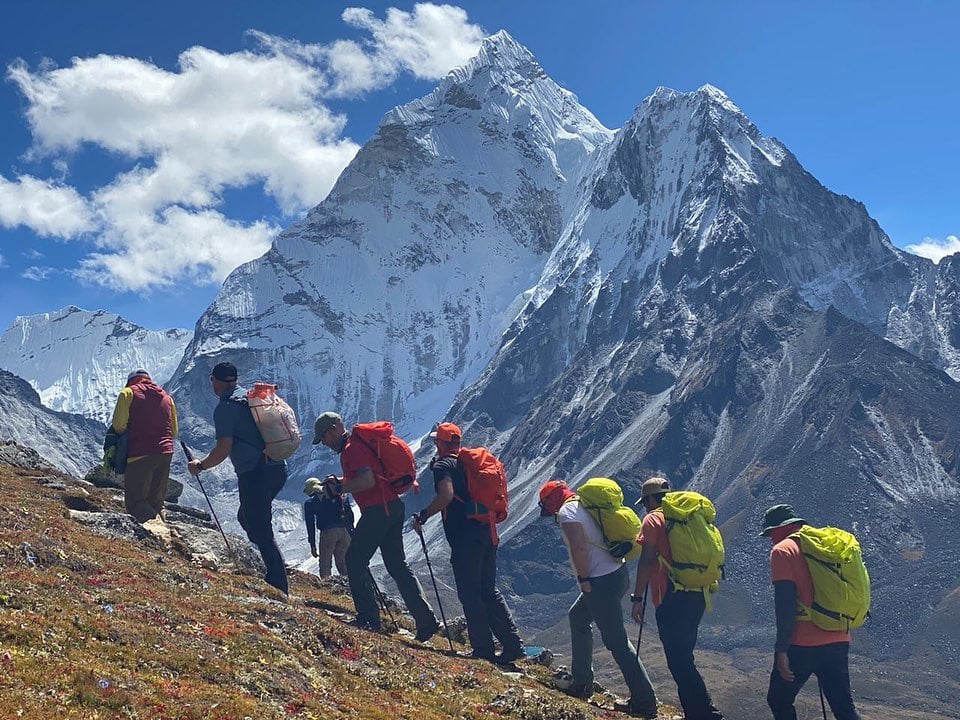 The team of Bahrain Royal Force, which has successfully climbed Lobuche mountain, will start its second mission from Tuesday. The team, which had been in Nepal for about two months, had climbed Lobuche on Saturday morning.

Prince Nasir bin Hamad of Bahrain is also part of the team. According to Mira Acharya, director of the tourism department, a team of 18 Royal Forces will start the Manaslu mission from Tuesday after a two-day rest.

"After the successful ascent of Lobuche, they came to Kathmandu yesterday," she said. "The Manaslu expedition will start from Tuesday."

All the members of the Bahrain Royal Force, who climbed Lobuche Himal (6119 m) through the Everest base camp, have arrived in Kathmandu safely.

According to the tourism department, not a single member had any health problem, and all the members have successfully climbed the mountain and returned. The team, including the Prince of Bahrain, had reached Lukla on 8 September.

The team has completed the work up to the second camp and left for the third camp. The 8163 meters high mountain is being climbed for the first time this season. According to Acharya, director of the department, the team has been deployed to manage the safe ascent even in Manaslu. He said that the ascent of this team would have a positive impact on the international tourism market.