Budhanilkantha temple is open for devotees from today 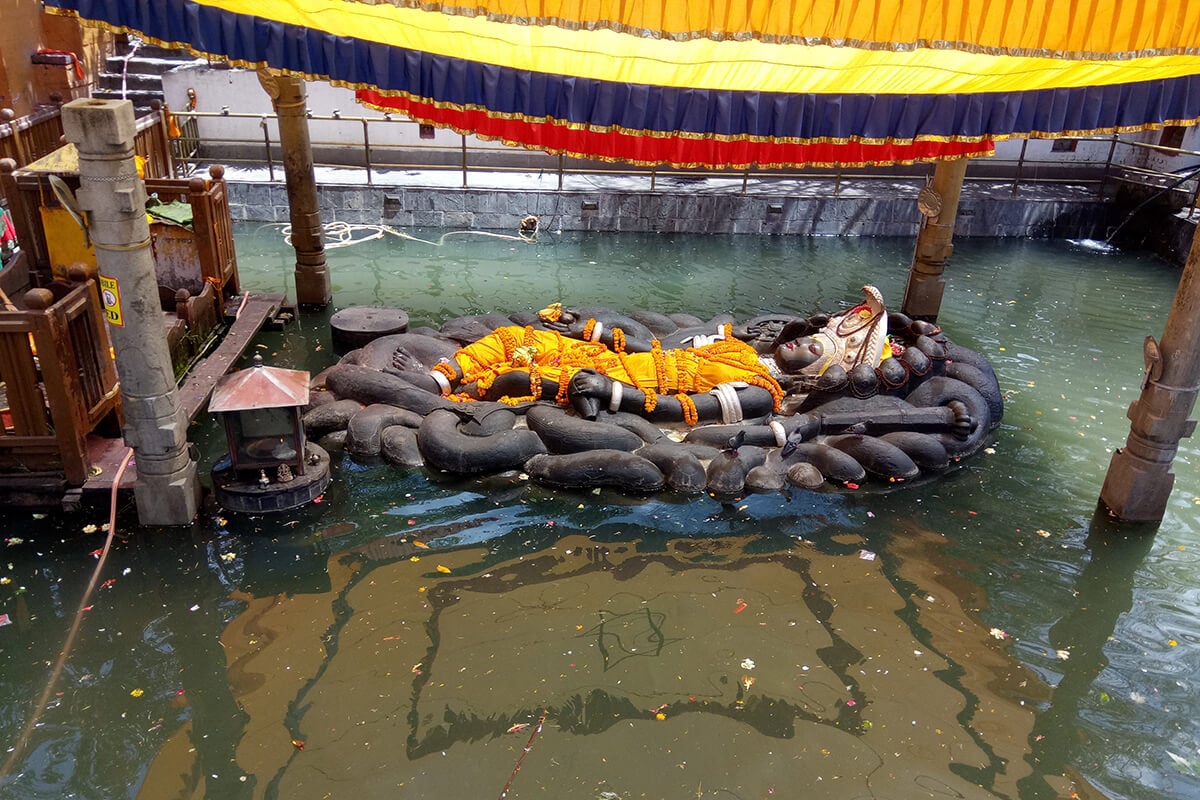 The temple, which has been closed for nine months due to the corona pandemic, has been reopened since Sunday by maintaining physical distance and adopting health security measures, said Mathadhish Mahant Swami Nigmananda of Budhanilkantha Narayansthan Dasnami Math.

Even though the temple was closed for nine months, regular worship and Aarti were being held regularly. The four-month, Kartik Shukla Ekadashi to Purnima fair at the temple was postponed this year due to corona.

In Budhanilkantha, there is a religious belief that both Hari and Har, i.e. Vishnu and Shiva, are gods. The supernatural idol of God lying on the water on a large rock is considered unique in the world. That is why people from all over the world come to Budhanilkantha to visit Vedic temples.

The Pashupatinath temple, which has been closed since March 26, has also been reopened to devotees since January 25.