Chulu West Himal in charge of army for 10 years 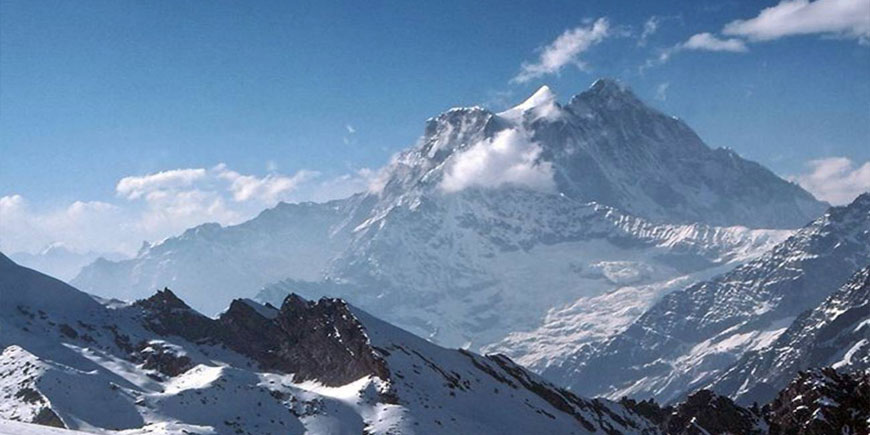 The government has provided Chulu West Himal in Manang for use by the Nepal Army. The Nepal Army will now use the mountain as a training peak.

According to a Source of Culture, Tourism and Civil Aviation source, the 6,490-meter-high mountain will be used by the Nepal Army as a Mountain Warfare Advanced Training at the Army High School.

Accordingly, the Nepal Mountaineering Association has been managing and marketing two and a half dozen mountains. Even this peak was being managed by the association earlier.

According to Kedar Bahadur Adhikari, secretary of the ministry, the mountain will now be used for the ascent of teachers, learners, and foreign learners participating in military training. The government has also waived the fee for using this pick for the Nepal Army. For 10 years, the army has been able to use the mountain for training purposes free of charge.

Earlier, the government had sought the Department of Tourism and the Nepal Mountaineering Association's opinion on providing mountains to the army. In the process, the department had sent some possible proposals.

According to the Director-General of the Department, Rudra Singh Tamang, the Council of Ministers, has selected Chuchuro and handed it over to the army. The Nepal Army has also included mountaineering in special training courses in the highlands.

Earlier, the government had sought the opinion of the Department of Tourism and the Nepal Mountaineering Association on providing mountains to the army. In the process, the department had sent some possible proposals.