The side effect of 'fake rescue' is seen after 2 years; Global Rescue to handle rescue and treatment of mountaineer 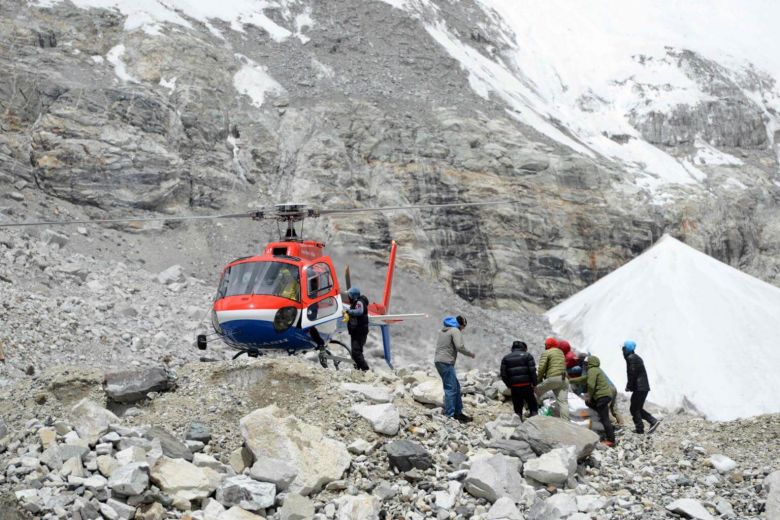 On Saturday, the board held a virtual meeting to discuss the issue of giving such a responsibility to Global Rescue to a tourism business organization related to mountaineering, trekking and adventure tourism. On Friday, the company sent 11 proposals to the board for such management and asked them to put forward their views and suggestions in the meeting.

In the proposal made by the company, it was proposed that foreign tourists coming to Nepal should be required to have travel insurance for at least 30 days through the same company, to take all the responsibility including their rescue and treatment, and to monitor the services provided by the service provider company.

However, after the board suddenly brought such a proposal, the tourism businessmen became skeptical. He feared that Nepal's tourism sector would be handed over to a single person. Representatives of most of the organizations did not participate in the discussion convened by the board, saying that they could not have an opinion without an internal discussion among the tourism businessmen.

However, the businessmen are not satisfied with the content of the proposal. They have also accused the board leadership of colluding with foreign institutions for personal gain to end the open market economy and market competition. He said the decision was motivated by a desire for personal gain and would have a long-term impact on the tourism sector.

"Our demand is that the market should be competitive. Nepal's rule is to assimilate the law. However, there is a plan to hand over Nepal's tourism sector to a company in the name of fake rescue. The proposal was sent to the ministry without any discussion with us, 'said a chairman of a tourism-related business organization. The decision to impose a syndicate and disobey Nepal's laws is not acceptable to us. '

Expressing dissatisfaction over the 30-day insurance provision proposed by Global Rescue, he said, "Most tourists come to Nepal for 10-15 days, but tourists who visit for 10 days are also asked to take one month's insurance premium." This puts an unnecessary burden on tourists. The Insurance Committee is responsible for regulating insurance within Nepal. But there is no coordination with the committee. There are so many such problems! '

Two years ago, a sensational revelation was made regarding the 'fake rescue' being carried out on foreign tourists visiting Nepal. A new wave was created in the tourism sector at that time with the revelation that foreign tourists who come to Nepal to climb mountains are made artificially ill during mountaineering, and high fees are demanded from insurance companies in the name of rescue, treatment, etc.

Following this revelation, many foreign insurance companies have stopped insuring tourists coming for mountaineering in Nepal. Some insurance companies have blacklisted Nepal. The incident, which was well covered by the international media, further tarnished the image of Nepal's tourism sector. This incident two years ago has not yet erased the black mark on Nepal's tourism sector.

However, no action was taken against any of the companies recommended by the committee. The businessmen had alleged that the ministry was reluctant to take action against the businessmen involved in the fake rescue after it was found that they had close ties with the Prime Minister. The effects of the same incident are still being felt.

Based on the incident and its impact, the Tourism Board is now preparing to hand over the responsibility of integrated management of all mountaineers and hikers coming to Nepal to a foreign company. Dhananjay Regmi, chief executive officer (CEO) of the board, said that the discussion was initiated after a US company called Global Rescue sent a proposal.

'The incident of fake rescue has tarnished the image of our country. Everyone is wondering whether Nepali companies are all swindlers. In such a situation, we had to find a solution," said Regmi, CEO. The process has been moved forward accordingly. '

Regmi said that the board has only started discussing the proposal sent by Global Rescue and will move forward only after consulting about it. "When we asked for an offer from an international company, he just sent it. We have started a discussion on who has what opinion and suggestions in the proposal made by that company. Otherwise, it could have been sent directly to the ministry. When I tried to move the discussion forward with everyone, they tried to discredit me even more. '

CEO Regmi claimed that he had only informed the ministry about this and did not send it as a proposal.

Global Rescue is an American company with a global reach. It has been providing service in Nepal for a long time. However, the track record of this company is not good in Nepal. It has been alleged that the company has not been sensitive to the insurance coverage, rescue, and treatment of tourists who have come to Nepal in collaboration with the company. There are even dozens of such examples.

A Malaysian citizen died in April 2076 due to the indifference shown by Global Rescue. As soon as the man went missing, his wife called for a search, but the company refused to rescue him, saying there was no chance of him surviving. The man was later rescued alive with the help of another helicopter company. However, he died due to a long delay and delay in rescue.

However, there are allegations that Global Rescue has not paid the insurance amount as per the bills of the rescued people from the Himalayan region. The company had not borne the cost of rescuing and treating 43,000 dollars for a Pakistani national who was rescued from an altitude of 8,700 meters three years ago.

The businessmen also alleged that the company did not pay the 10,000 USD demand of an American citizen rescued from Camp 2 of Everest. Millions of rupees have been lost to various trekking and helicopter companies due to non-payment by the company.