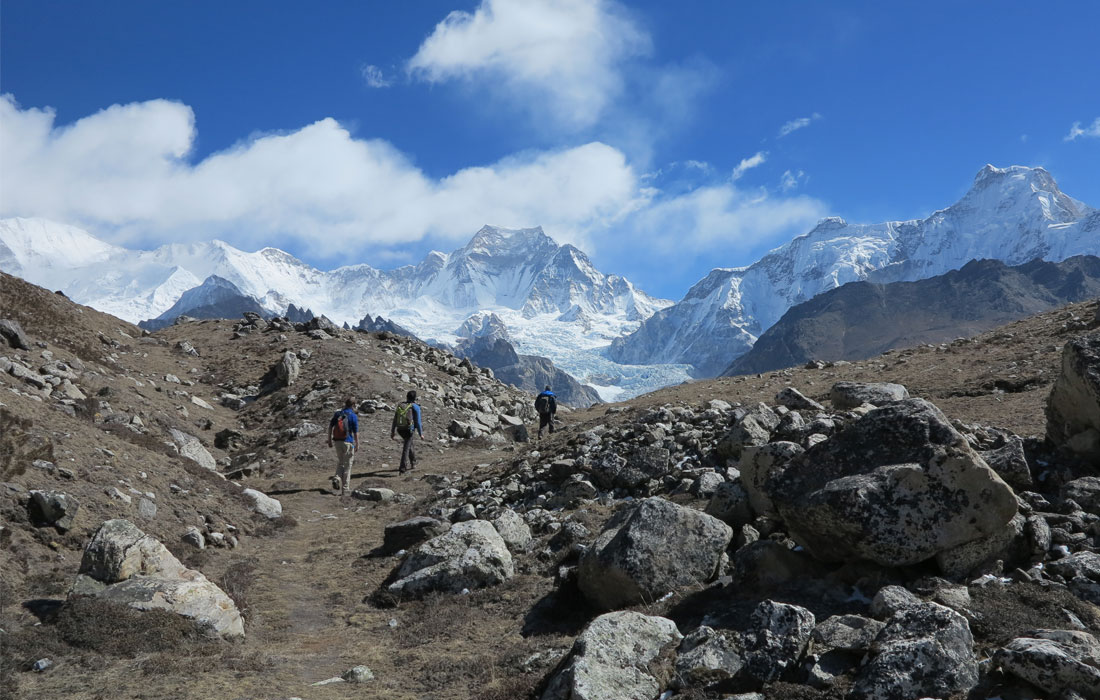 In order to enter Nepal, foreign tourists are required to submit proof of double dose vaccination or a report of Covid negative.

The government has decided to facilitate the movement of foreign tourists visiting Nepal. The cabinet meeting held on Tuesday has opened on arrival visas for tourists visiting Nepal. To enter Nepal, foreign tourists will get a visa at the road's entry point (Naka), including Tribhuvan International Airport. However, the government has not yet made public the decision of the cabinet meeting.

The government had stopped on arrival visas for tourists from February 2018 to prevent the spread of the Covid-19 pandemic. With the government's recent decision, the citizens of the countries where Nepal has opened on arrival visas will be able to visit Nepal easily. The government has decided that tourists who have completed the double dose of the Covid vaccine will not have to stay in quarantine. However, tourists who have not been vaccinated have to stay in quarantine at the designated place. In order to enter Nepal, a tourist must submit a report within 72 hours of having a Corona test.

The tourism businessmen have been urging the government to facilitate the movement of foreign tourists to revive the tourism sector, which was exhausted after Covid. Business organizations in the tourism sector were creating pressure to create an environment where tourists who have been vaccinated with double-dose vaccines can roam freely. Dhananjay Regmi, CEO of the Nepal Tourism Board, himself was active in creating an environment that allows vaccinated foreigners to roam freely.

The Tourism Board had submitted a report to the government, including suggestions to open on arrival visas, open border areas targeting Indian tourists, and make it mandatory for those who have completed the vaccination not to have to stay in quarantine. "Our aim is to allow vaccinated tourists to visit Nepal without any hindrance," said Regmi.

A Home Ministry source said the government was also trying to ease tourist traffic, saying Corona infections were declining worldwide and the number of people completing the vaccine was increasing. "The cabinet has already made a decision on on arrival visas and quarantine, but some issues still need to be discussed in order to be clear," the source said.

Director General of the Immigration Department Narayan Prasad Bhattarai also said that the decision of the Council of Ministers has not been received yet. "We have heard that the government has decided to open on arrival visas for those who are fully vaccinated, but there is no official information yet," he said. '

A study conducted by a team led by Deepak Raj Joshi, former chief of the Nepal Tourism Board, has shown that many businessmen and employees working in the tourism sector in Nepal have been vaccinated. As of Wednesday, the number of people fully vaccinated in Nepal has reached 57.52 million, and the number of those who received the first dose alone has reached 6.26 million.

Tourism-related organizations are issuing daily press releases to create pressure on vaccinated tourists to open on arrival visas and not make quarantine mandatory. Entrepreneurs are preparing to stage a sit-in protest if the government is not serious about reviving the tourism sector. "It is rumored that the government has met our demand, but no official information has been received yet," said Achyut Guragain, chairman of NATTA.

Tourists who have not been vaccinated with double dose have to stay in quarantine when visiting Nepal. The Tourism Board had also suggested opening the border areas connected to India. "At present, only cargo vehicles can come from India. Vehicles carrying tourists should also be opened," said Regmi, CEO of the board.

Although the board has given many suggestions to make tourism viable, there is no official information as to which suggestions were implemented as the decision of the Council of Ministers was not made public. He added, "Our aim is to get vaccinated tourists from all over the world to visit Nepal. With the opening of visa on arrival visas and the absence of quarantine, a good message will be sent around the world."