Nepal Opens only for Trekking and Mountaineering Activities from Nov. 1st 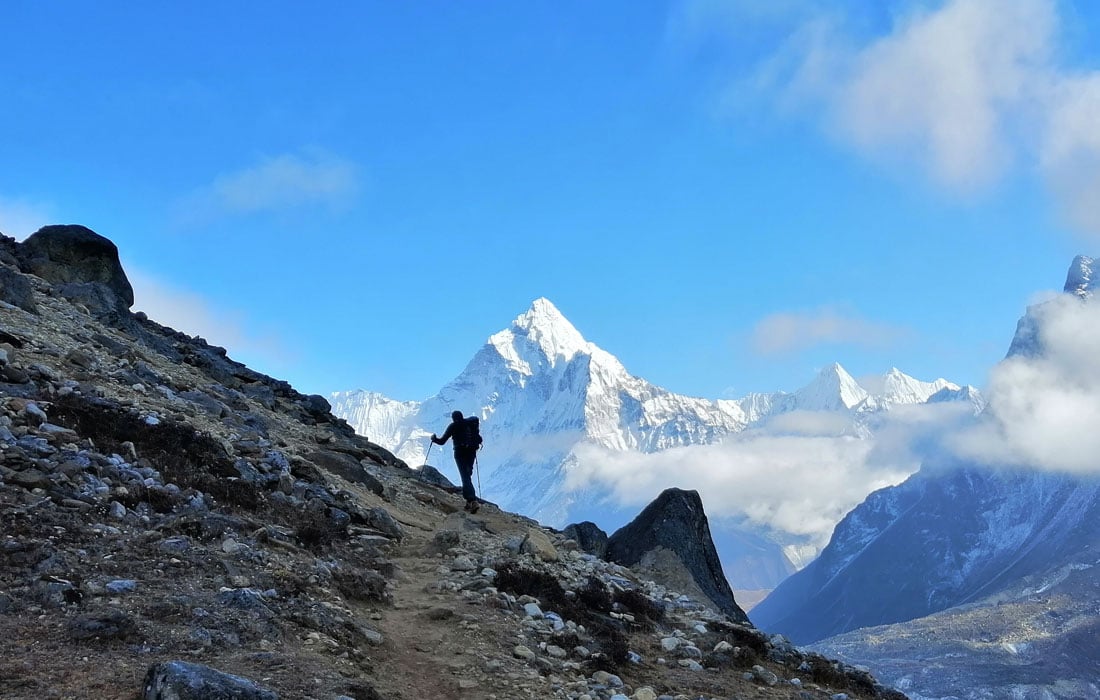 Amid growing fears of coronavirus infection, the government has decided to allow foreign tourists to come to Nepal only for trekking and mountaineering from November 1. However, those foreigners coming to Nepal will only be able to enter as a 'GIT' (Group Inclusive Tour). The government has temporarily discouraged FIT (Free Independent Travelers).

Foreigners entering as GIT can come through any agency. At least two tourists are in that group. They have already booked in advance the hotels, planes, and buses required for travel and accommodation. But tourists walking as 'FITs' can be alone or in small groups. According to the businessman, no trip of FIT will be completed, and there will be guests who do not book hotels and ships in advance. Entrepreneurs have been saying that there is no official FIT data as they come without agents.

According to the Director-General of the Department of Tourism Rudra Singh Tamang, there should be at least two foreign tourists in the group. Those tourists will only be able to go out on foot and mountaineering. They will not be allowed to visit tourist destination villages and towns.

'They will not be allowed to visit tourist villages and cities,' said Tamang. If the infection is less, it will be allowed to go to the destination of town or village. However, the current preparations may be short-lived. According to him, tourists visiting Pokhara, Chitwan, and Lumbini will not be able to visit.

"FITs are not open to everyone now as they can come alone or in small groups and go anywhere as a nomad," said Tamang.

Walking alone can be dangerous. Those tourists who enter through the agency will only be able to go on the specified route. You will not even be able to change the route. He said that two tourists from two different countries could also come and go on foot through the same agency.

The Tourism Board estimates that 60 percent of the tourists visiting Nepal come in FIT and 30 percent in groups. Even the tourism businessmen say that the contribution of the guests entering Nepal as FITs will be huge, but in the current situation, it will be a problem to enter Nepal alone or without booking in advance.

In Sapkota's experience, FITs are less expensive. They come without booking a tourist agency to save money. He said that tourists from Israel and India would come more as FITs. There are more youngsters in FIT. They look at the guidebook alone. They are very good at traveling.

Sushil Raj Poudel, vice-president of the Trekking Agencies Association of Nepal (TAN), an umbrella organization of hiking entrepreneurs, says the government's new arrangement will hit small-scale entrepreneurs harder. He said that there is no easy air connectivity to Nepal, and this method will not benefit tourism. 'Tourists of different nationalities may not like to travel in the same group. So let's be strict in the protocol, but the FIT should also be allowed to come, 'he said,' there is a problem when only the group is allowed to come. When FIT is stopped, those tourists may be diverted elsewhere.

'Tourists who come in for leisure and entertainment are concentrated in the city. Due to the congestion, there is a risk of infection at this time, so only hiking and mountaineering are given priority, 'said Lamichhane.

Writer, Secretly Philanthropist and Wanderer-these three words elucidate Puskar Rai. A bad programmer turned writer, Puskar loves traveling and reading books of his interest. Puskar Rai is a blogger and writer at Third Rock Adventures. His sheer passion for writing and obsession with traveling got him into the tourism industry.