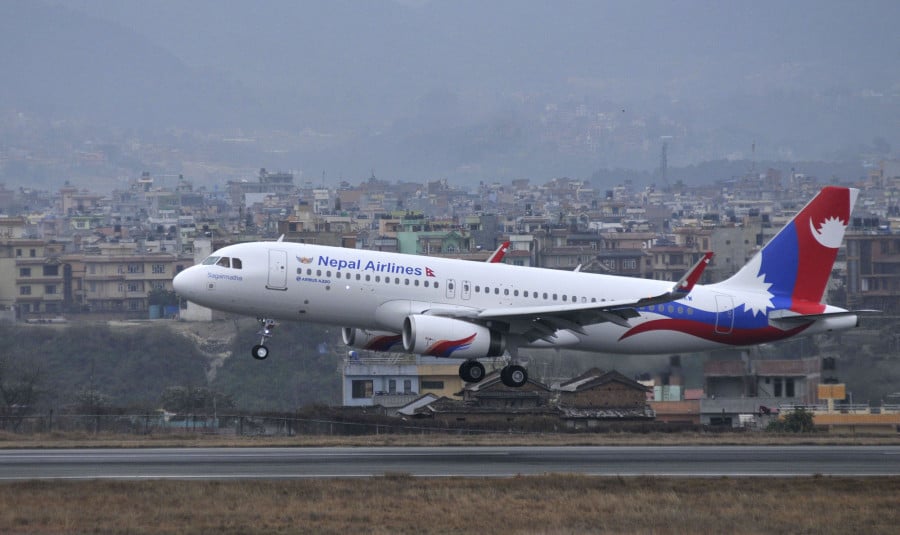 Nepalis and Indians flying to each other's countries are not required to undergo quarantine if they have a negative virus test report completed less than 72 hours before departure, Nepal Airlines said on Thursday, as it resumed services to New Delhi after a nine-month break.

"People are confused about the quarantine requirement. Travelers from both countries will not have to quarantine themselves if they have a valid negative RT-PCR (reverse transcription-polymerase chain reaction) test report," said Anil Ghimire, deputy director of the national flag carrier's customer service department at Tribhuvan International Airport.

"As cases of fake RT-PCR reports have been rising, we have made it mandatory for travelers to bring the original report that is stamped or certified by the lab," he said, adding that several passengers holding scanned copies were found to have falsified reports.

According to the guidelines for international arrivals issued by the Indian Ministry of Health and Family Welfare, all travelers should submit a self-declaration form on the online portal (www.newdelhiairport.in) at least 72 hours before the scheduled travel or physically after arrival at the respective health counters.
Under the air bubble arrangement, which allows airlines of the two countries to operate services between them by complying with safety protocols, two daily flights will be conducted between Kathmandu and New Delhi, each by Nepal Airlines and Air India.

While Nepal Airlines began its service on Thursday, the Indian carrier has postponed the launch till next week. Raj Kumar Chettri, spokesperson for the Civil Aviation Authority of Nepal, said that they had approved Air India flights from December 24.

A Nepal Airlines flight took off from Kathmandu for the Indian capital with 141 passengers on Thursday afternoon and returned with 111 passengers. The cheapest ticket cost Rs14,600.

According to airport officials, Air India may postpone its flights further because of the low passenger turnout. The quarantine requirement has put off travellers from both countries, they said.

Nepal Airlines also reported low bookings for Friday and Saturday and pushed back the flights. Ghimire said the next flight would be on Sunday. "The Kathmandu-Delhi sector sees fewer passenger during the winter."
Flights to India can carry Indians and Nepalis, and Overseas Citizen of India cardholders and Person of Indian Origin cardholders holding passports of any country. Flights from India to Kathmandu can carry Indian and Nepali nationals.

Third-country nationals including diplomats intending to travel to India for any purpose and their dependents, will also be allowed under certain conditions, according to Indian media reports. Third country travelers with a valid permit to enter Nepal can also take the flights out of India.

According to officials, hundreds of Nepalis working, studying and receiving medical treatment in India could benefit from the scheme. Restricting the roughly one-hour flights between the two capitals has affected hundreds of thousands of citizens from both countries as they have to face many hassles when traveling overland in case of an emergency.

Many Nepalis have been traveling to Bagdogra International Airport in northern West Bengal to fly to New Delhi as there are no flights out of Kathmandu.
The Kathmandu-New Delhi sector is the busiest and one of the most lucrative routes for airlines. Nearly a dozen flights used to take place daily on the route before the Covid-19 pandemic shut down air links.