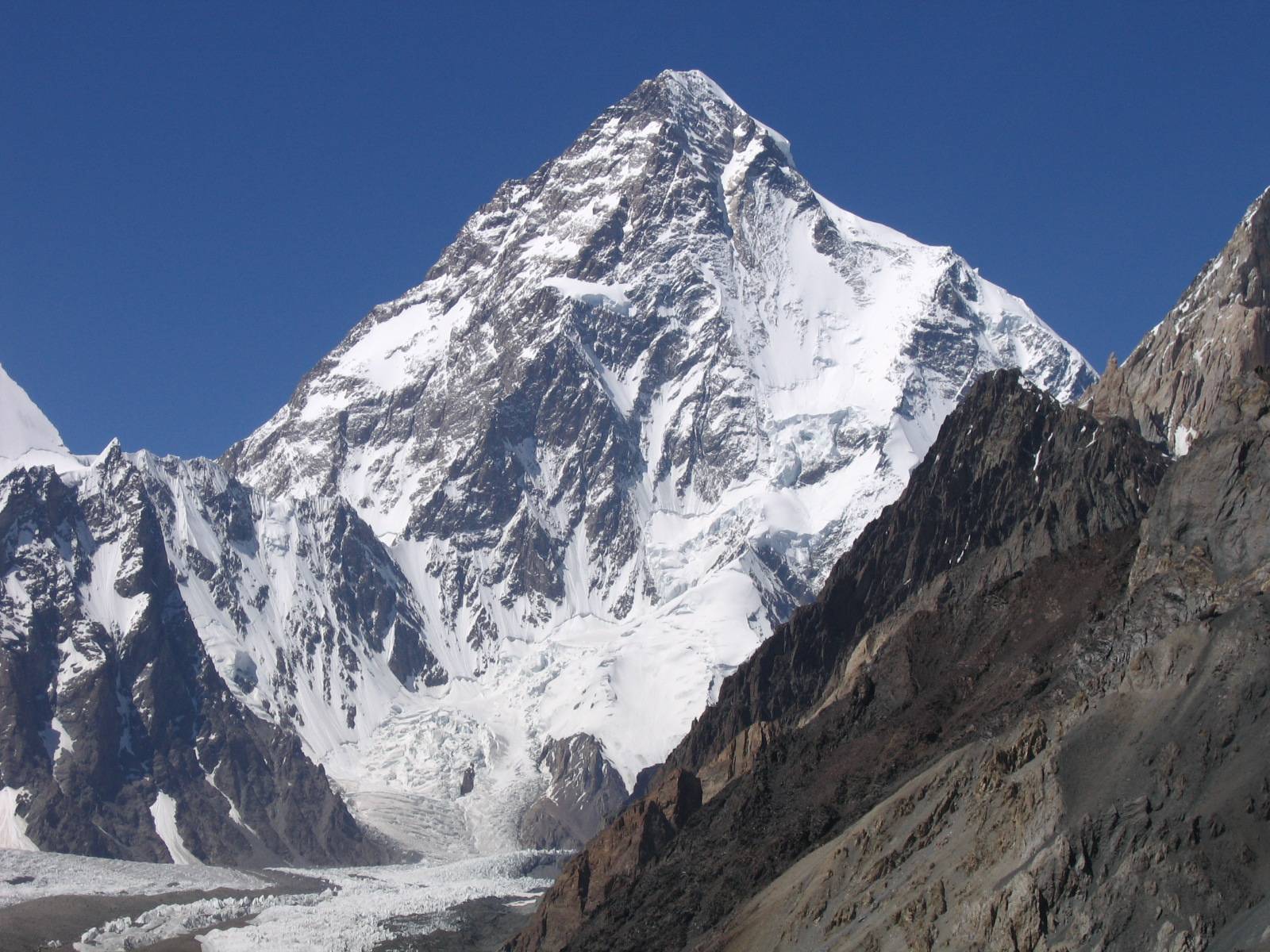 A team of 10 Nepali climbers has set a new world record by becoming the first to reach the summit of K2, the world's second-highest mountain, in winter.

Dozens of climbers have been on the 8,611m (28,251ft) mountain this winter hoping to achieve the same feat.

But one Spanish mountaineer has died after suffering a fall this weekend while descending.

K2, which is only 200m shorter than Everest, is part of the Karakoram Range that straddles the Pakistan-China border.

One of only 14 mountains higher than 8,000m, it is widely considered the most demanding of all in winter.

It has long been referred to as "the savage mountain", a name that stuck after US mountaineer George Bell said of his own attempt in 1953: "It is a savage mountain that tries to kill you."

Among the most treacherous sections is the notorious "bottleneck", a couloir liable to icefalls. Eleven climbers were killed there in an avalanche in 2008.

The Nepali climbers were initially spread across three of four competing teams - in all, totaling 60 people. But the 10 Nepalis later formed into a single group to claim the historic achievement in Nepal's name.

Mountaineer Nirmal Purja - a former member of the UK's Special Boat Service - shared an image of the group celebrating their achievement, which was confirmed by expedition organiser Seven Summit Treks.

"We are proud to have been a part of history for humankind and to show that collaboration, teamwork and a positive mental attitude can push limits to what we feel might be possible," said Mr Purja.

Since the first attempt in 1987-1988, just a handful of winter expeditions have been attempted on K2. Until now, none has reached higher than 7,650 metres.

Nepali guides, usually ethnic Sherpas, are considered the backbone of the climbing industry around the Himalayas, and regularly help foreign mountaineers on expeditions.

News of the group's success on Saturday has been praised on social media and sparked joy within the Nepalese climbing community - often left out of the spotlight.

"For decades, Nepalis have assisted foreigners in reaching the summits of the Himalayas, but we've not been getting the recognition we deserve," said Kami Rita, speaking to AFP.

"It is wonderful that today on K2 10 Nepalis have made history and shown our bravery and strength," added Mr. Rita, who has climbed Everest a record 24 times.

As news of their success broke, it was also confirmed that another climber, Spaniard Sergi Mingote, died after experiencing a severe fall.

Mr Mingote, 49, was based with another team and had been descending to K2's base camp when he slipped and fell.

An experienced mountaineer, Mr. Mingote had previously climbed seven of the world's so-called "8000ers", including Everest.

He had been attempting to summit K2 without oxygen but became severely fatigued, forcing him to abandon the expedition.