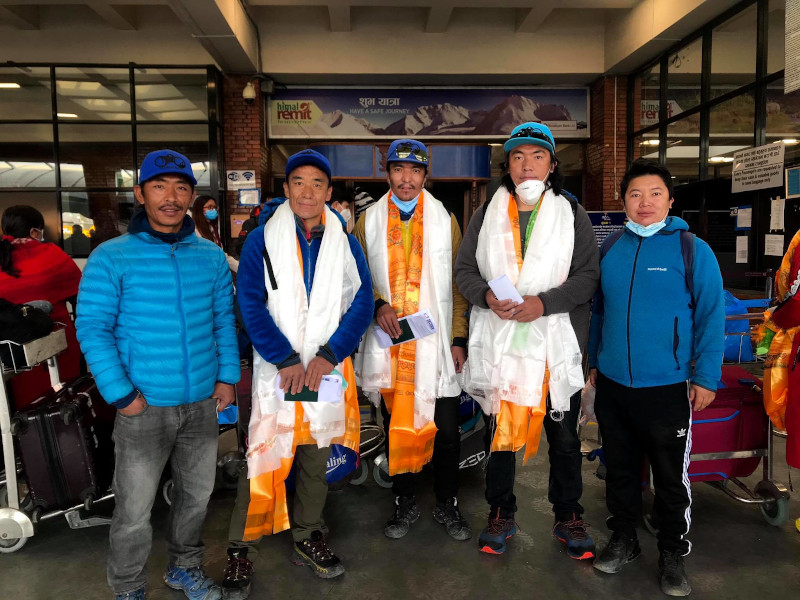 A renowned Nepali climber today left for the Karakoram region in Pakistan, aiming to script history in mountain climbing.

Mingma Gyalje Sherpa, along with his Nepali team, will be attempting to climb the world’s second-highest peak this season, aiming to be the first to make a successful winter ascent of K2.

“I will try to climb the mountain without using supplemental oxygen,” Sherpa told THT from Tribhuvan International Airport while leaving for Pakistan this morning.

Till date, among 14 peaks above 8,000 m in the world, K2 remains the only unclimbed mountain in the winter season.

“Today, our team has left for Pakistan,” Sherpa said, adding that he will be leading a team comprising Dawa Tenzing Sherpa and Kili Pemba Sherpa from his company – Imagine Nepal Treks – as its members.

As Nepal is home to eight of 14 peaks above 8,000 m, the first ascent record for all these peaks goes to foreign climbers. “So, I have decided to take a challenge on K2 this season to attempt to have Nepali climbers in the list of the first ascent,” Sherpa said.

“I believe K2 would be a tough choice this season but we are a very strong team,” Sherpa, who scaled 13 of 14 peaks above 8,000 m, said, appealing all to contribute for ‘ First Nepalese Sherpa Team on Last Winter 8000ers Ascent’ crowd-funding page to support his bid.