New rules for helicopter flights in the Everest region 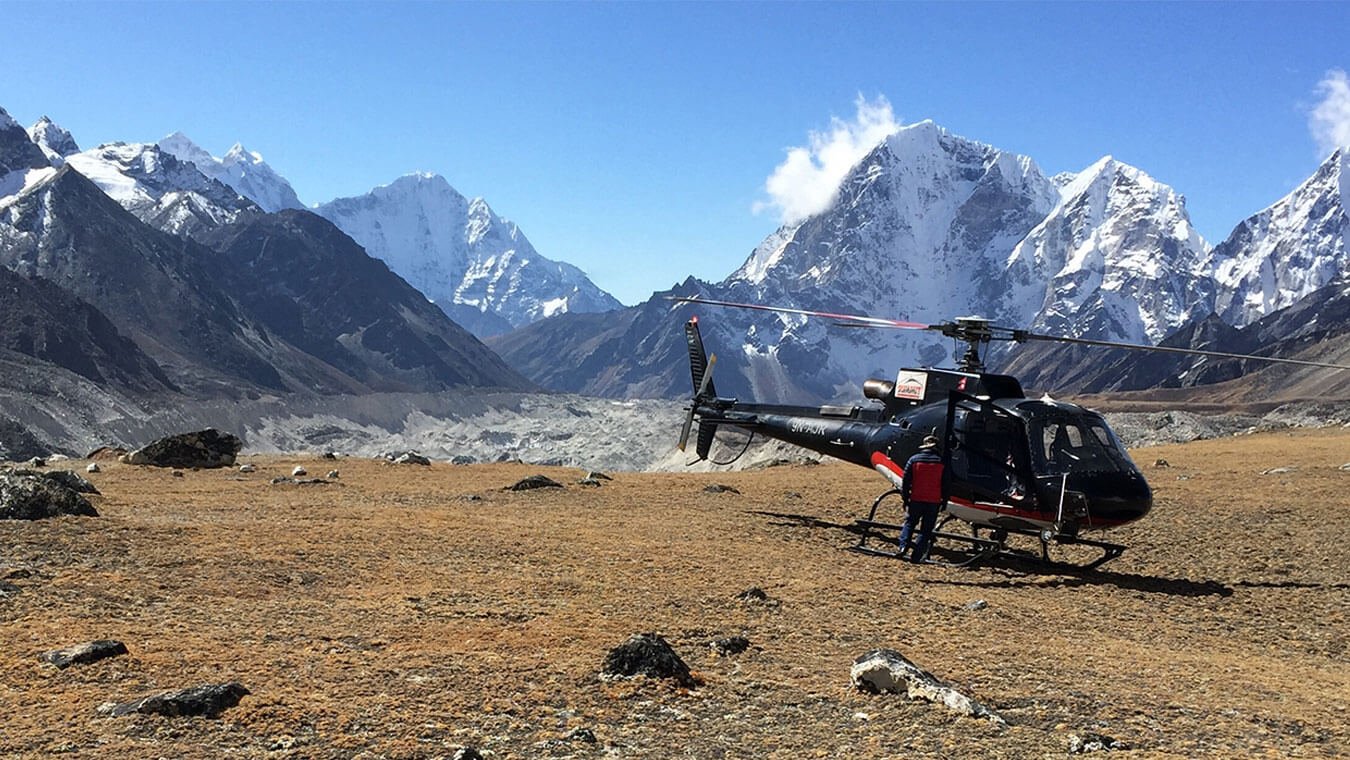 Strict rules have been imposed on the landing of helicopters in the Everest region based on the precedent of Indian journalist Sudhir Chaudhary filming and broadcasting the program inside the Sagarmatha National Park without permission.

The Sagarmatha National Park authority wrote a letter to all helicopter companies in Nepal on Wednesday informing them of the decision.

The officer of the park has said that the helicopters going to rescue tourists with prior approval will not be barred from flying. Helicopters can also be used to transport delicate items.

In addition, helicopters can be flown and overhauled in special circumstances. However, on a regular basis, the helicopter company will no longer be able to take tourists and fly inside the park. Helicopters can land at the designated helipad with prior approval, said Pemba Sherpa, the park's chief conservation officer.

Helicopter companies will be able to land helicopters at Lukla, Sangboche and Namche-based helipads within the national park with prior permission. The national park also called on the local police administration, hoteliers and lodge operators, the Civil Aviation Authority, the Intermediate Zone Management Committee and the army deployed to protect the park to strictly enforce the provision of not stopping helicopters at places other than designated areas. They also warned that action would be taken in accordance with the National Parks and Wildlife Conservation Act if helicopters land at places other than the designated areas.

Sudhir Chaudhary, the editor of Indian media Zee News, had come to Kathmandu for an exclusive interview with Prime Minister KP Sharma Oli. The party that helped bring him to Valuwatar had taken him to Kala Patthar.

He said that India should also submit its claim on Mount Everest from Kala Patthar. This led to criticism of the government. Businessmen are angry after all the helicopter companies were taken action due to the mistake of Simrik Air, which played a role in taking him to Everest.

A helicopter dealer told online news, "There is a prohibition on promoting businesses that have been hit by the Corona pandemic. The prosecution is to take action against those who make mistakes, not to stop everyone's flight."

Companies used to take tourists in packages if they wanted to fly to Kala Patthar by helicopter, especially after paying expensive fees.

But with the park's Wednesday letter, that possibility has been ruled out. Helicopters will no longer be able to land around Everest except for rescue and special flights.