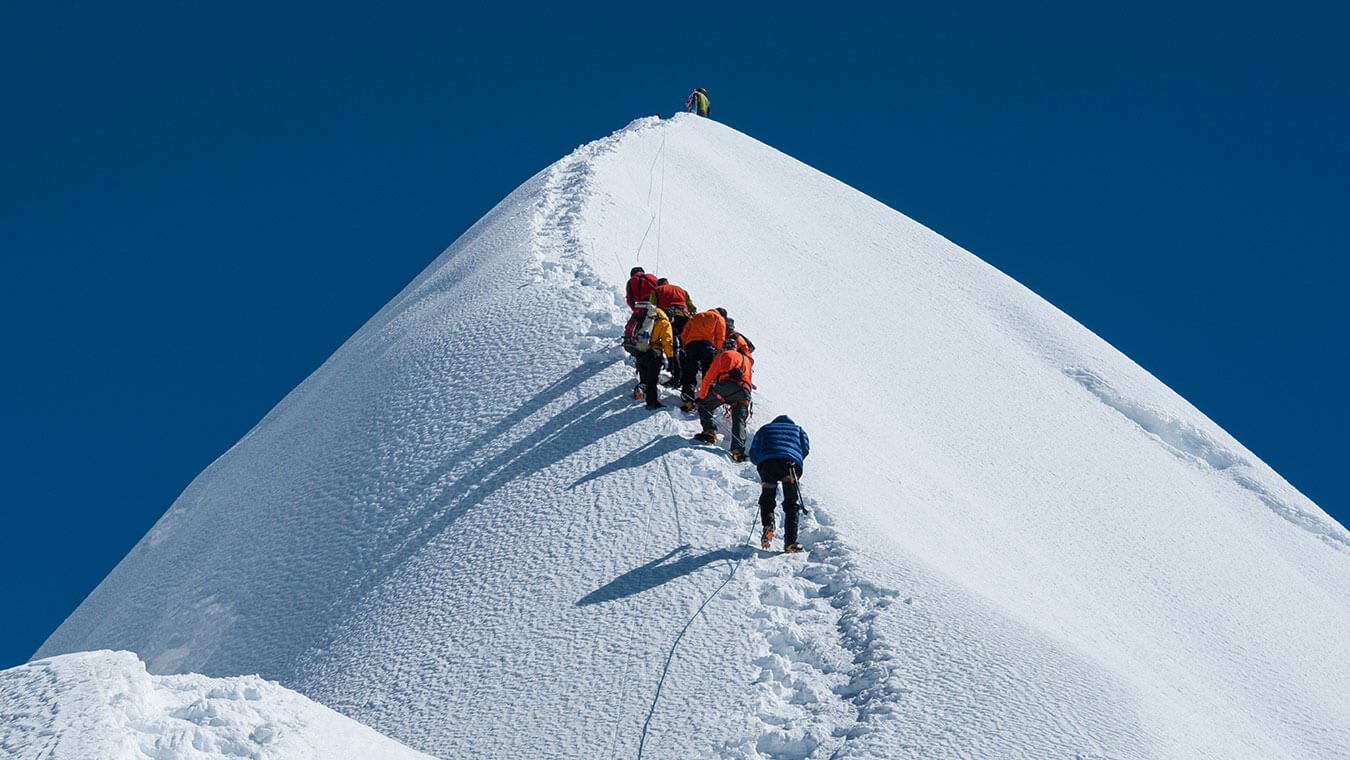 The National Natural Resources and Finance Commission has suggested that the government should deposit the Ascent royalty collected from the Nepal Mountaineering Association (NMA) in the government account. The Commission has made this suggestion to the Government of Nepal while recommending for the budget of the coming Fiscal Year 2078-79 regarding the royalty of natural resources.

The Commission has asked to deposit all the royalties collected from the union in the federal divisible fund. After that, it is suggested to distribute the royalty amount according to the law. At present, the government has given the right to Nepal Mountaineering Association to promote 27 mountains and collect royalties. According to the law, royalties of natural resources should be distributed at the federal, state and local levels.

Until such an arrangement is made, the Commission has suggested collecting 25 percent of the royalty being collected from the Nepal Mountaineering Association at the concerned state and 25 percent at the local level. The government will have to implement this provision from the next fiscal year. The Commission has also recommended the distribution of natural resource royalties to the Ministry of Finance.

As per the rules, the federal state should keep 50 percent of the royalty collected from natural resources. 25/25 percent should be submitted as per the recommendation made by the concerned local level commission. It includes mountaineering, hydropower, forest and protected areas, and royalties from mining and minerals.

The government has opened 414 of the more than 1,400 snow-capped peaks across the country. However, due to lack of promotion of mountains, lack of infrastructure up to the base camp of the mountains, not all climbers reach the mountains. This year, the Department of Tourism and the Nepal Mountaineering Association is expected to receive royalties for climbing a total of 34 mountains.

Regarding the distribution of royalties collected from the mountains, the Commission has decided to frame the maximum 40 percent royalty at the local level. According to this, Khumbu Pasanglamu village municipality Solukhumbu receives the highest royalty. The highest peak, Mount Everest, falls in this village. The Commission has informed that the indicators for the distribution of royalty related to mountaineering have been made based on the local level where the base camp is located, the area of ​​the affected area and the population of the affected area.

The Commission is also going to make an indicator on the basis of footpath of royalty distribution from the coming Fiscal Year 2078/79. It has also demanded the Ministry of Culture, Tourism, and Civil Aviation to provide details of the trekking route to the base camp for mountaineering. The Ministry shall provide to the Commission details of the length of the footpath and the local level along the route.

The Commission has also suggested possible areas for spending the money received from royalties. The money received from mountaineering is said to be spent on the construction and maintenance of trekking routes or base camp access road. This amount can also be used for the construction and maintenance of infrastructure at the base camp site. Expenditure will be made on rest areas for climbers and workers, installation of anchor ropes in mountain stoves, collection and management of garbage emitted during the ascent, sanitation work, construction of information center, rescue work and other areas.

Service sector at a loss: 2.3 billion revenue from tourism in five months, outflow of 11.41 billion- Day