Special guests including ambassadors in Pokhara after Covid Pandemic 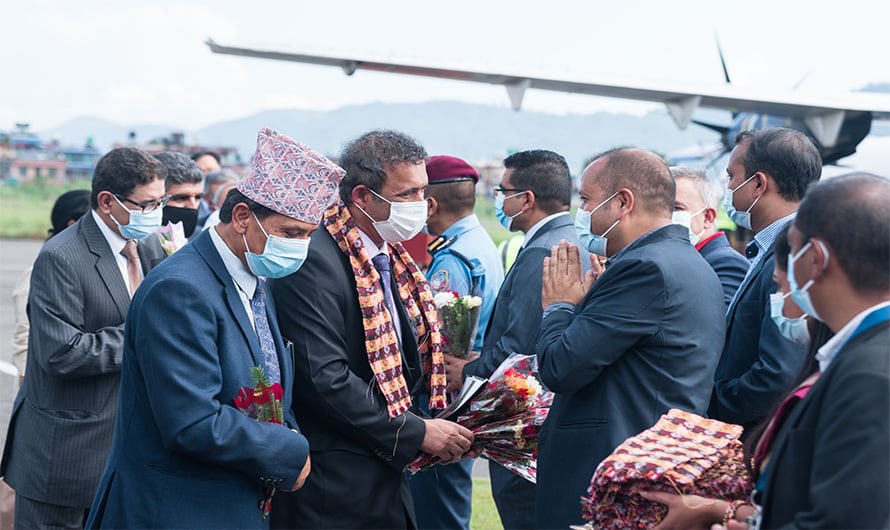 Dr. Thomas Prinz was appointed German ambassador to Nepal only in the third week of last August. Although he came as an ambassador, he was not allowed to visit Nepal. He was planning to go somewhere as soon as the ban on controlling the Corona pandemic in Nepal was lifted.

As he wished, the Gandaki state government sent an invitation to visit Pokhara through the Ministry of Foreign Affairs. According to the same invitation, Thomas has arrived in Pokhara on the occasion of World Tourism Day.

The ambassador of Qatar, Yusuf bin Mohammed Al Hale, says that he is fascinated by the beauty of Nepal. Yusuf is stunned to see Pokhara, a beautiful city of Nepali citizens sweating in his country.

A 25-member team, including the ambassador of a visiting country, has arrived in Pokhara on the occasion of the 41st World Tourism Day. 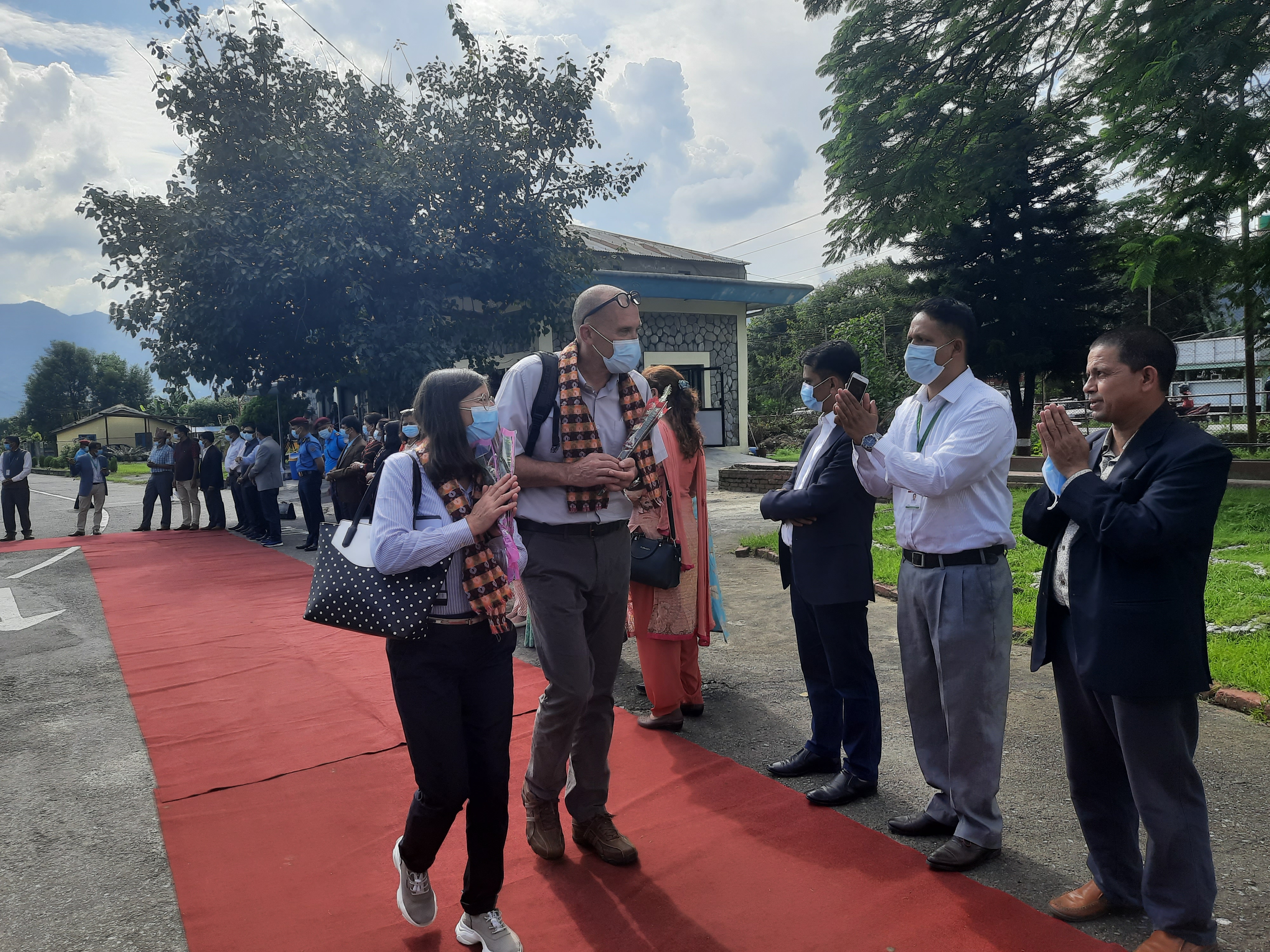 The visit has given a boost to the tourism sector of Pokhara, which is trying to get back on track due to the Corona pandemic.

"It is historic in itself that so many distinguished guests came to Pokhara together. Secretary at the Gandaki Tourism Ministry Gyanendra Poudel said that the visit would send a big message to lift the stalled tourism sector in Corona.

The Gandaki state government, in coordination with various tourism-related organizations, has sent them to Pokhara to convey the message that the tourism sector is now open and a tourist environment has been created. The team will stay in Pokhara for two days and return to Kathmandu on Tuesday.

The government has given special importance to this program to make tourism viable, and tourism entrepreneurs are also very enthusiastic. "The Corona epidemic has swept across the region. The tourism sector was the hardest hit. Now, the visit of the head of the diplomatic mission and the representative, including the ambassador, will be of special importance to convey the message that Nepal is open and open, "said Poudel of the Gandaki Tourism Ministry." We want to convey the message that Nepal is now ready to welcome foreign tourists.

Kashiraj Bhandari, head of the Gandaki state office of the Nepal Tourism Board, is confident that the visit will be important to convey the message that Nepal is open on the occasion of World Tourism Day.

Chairman of the Pokhara Tourism Council Gopi Bhattarai said that the tourism businessmen of Pokhara were full of enthusiasm when a special guest from the diplomatic field came. "The message from the courtyard of Pokhara should now be that Nepal's tourism has awakened at the international level," Bhattarai said.

The team that arrived in Pokhara is staying at Pokhara Lakeside. The Gandaki state government has organized a dinner on Sunday evening to welcome them. The team will enjoy everything from sharing in Fewatal to the head of Kaskikot on Monday.

They will be hiking through the Kaskikot palace ruled by the first Shah dynasty king Kulmandan Shah. Chief of the Tourism Board, Bhandari, said that they plan to visit the cultural and natural sites of Pokhara.

There will also be discussions and introductory programs to give a positive message to post-Covid tourism, Gandaki tourism potential, and international level. A formal meeting was also held on Sunday between Nona Depre, Ambassador to Nepal, on behalf of the European Union, and Krishna Chandra Nepali Pokhrel, Chief Minister of Gandaki Pradesh.

On the occasion of World Tourism Day, Restaurant and Bar Association Pokhara has organized a cultural program, display of promotional materials of different places, Nepali traditional and street festival with food of different countries on Monday evening.

Tourism entrepreneurs are optimistic after the government decides that foreign tourists who have completed the vaccination can get an on-arrival visa if they bring a PCR report within 72 hours. Entrepreneurs say the enthusiasm following the government's loose policy, and the visit of a team of ambassadors from a dozen countries will send a positive message internationally.