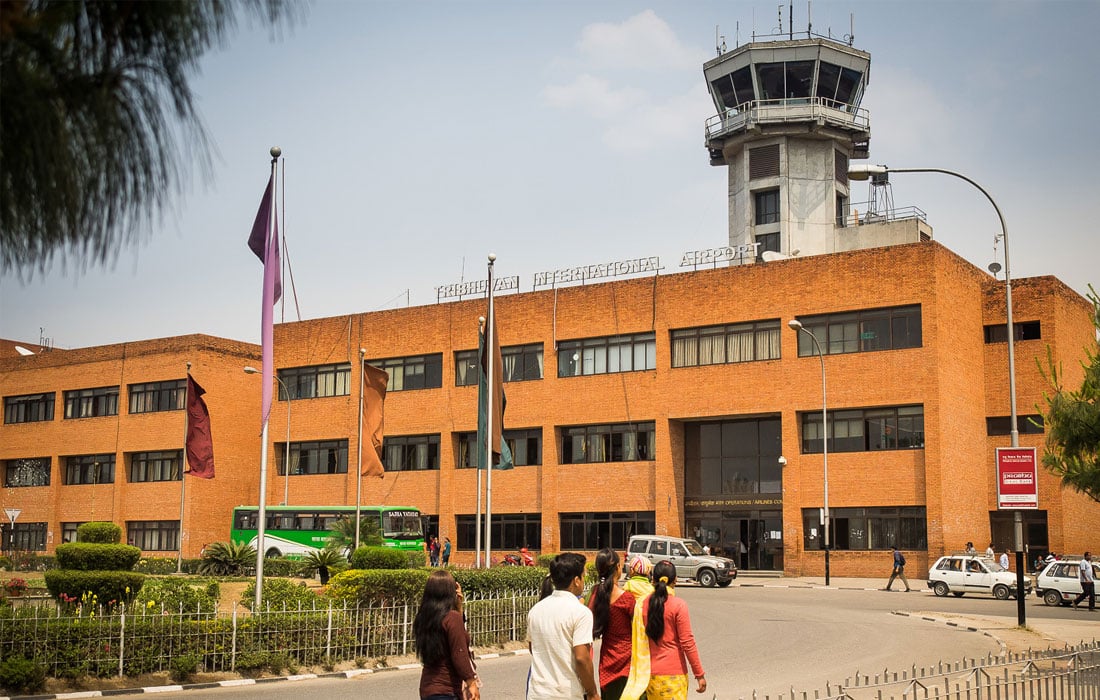 1.10 million international flyers passed through Kathmandu in 2020, down 73 percent from the previous year.

According to airport statistics, 1.10 million international travelers passed through Tribhuvan International, a 73.29 percent plunge from the previous year. This translates into a loss of 3.03 million passengers in one year.

Aircraft movements also dropped to a 17-year low of 10,247 takeoffs and landings, representing a steep 68.41 percent fall from the year before.

On March 12 last year, one day after the World Health Organisation declared the Covid-19 outbreak a pandemic and urged countries to take precautionary measures, the Nepal government decided to temporarily stop issuing on-arrival tourist visas to nationals of all countries.
It also barred all spring mountaineering expeditions, including attempts on Everest. On March 24, Nepal imposed a complete lockdown.

Passenger flow in 2020 was close to the 2003 figure when 1 million people traveled through TIA, according to the statistics of the airport.

Traffic has dropped only twice since 2003—in 2015 when the country was struck by a killer earthquake, and again in 2019 when airport operating hours were shortened for runway and taxiway maintenance during the peak travel season.

From April to August 2019, the runway was closed for renovation for 10 hours daily from 10 pm to 8 am the next day. The renovation of the 3,050-metre runway was done in the middle of the tourist high season in Nepal.
Again, from September to December, the second peak season, the airport was closed for 7 hours daily—from 11:30 pm to 6:30 am the next day.

In 2020 when the coronavirus paralyzed the country along with the rest of the world, TIA was completely shut down from March to July except for repatriation and emergency flights.

Officials said the airport incurred a loss of Rs4.50 billion due to reduced passenger numbers in the last fiscal year ended mid-July 2020.

The airport had anticipated revenues to climb to Rs10.50 billion this fiscal year following the launch of the Visit Nepal 2020 promotional campaign and resultant higher passenger traffic.

"But losses this fiscal year are expected to be bigger than in the last fiscal year," said Niraula.

The entire tourism industry took a direct hit from a virus-triggered flight and passenger restrictions. The Nepal Tourism Board saw its revenues evaporate as visitors stopped coming.

The country's tourism promotional body collects a tourist service fee of Rs1,130 from each departing foreign passenger at TIA, which piles up to around Rs1.30 billion annually.

An average of 11,338 international travelers used to pass through the airport daily before Covid-19. "The daily average passenger numbers have dropped to 3,000 now," said Tiwari.

"There are few inbound tourists and outbound students and migrant workers," he said. "However, we are hoping that traveler movement will increase slightly in mid-2021 when enough people have been vaccinated."

A breakdown by airline shows that Nepal Airlines saw the highest passenger carriage in 2019. The national flag carrier, however, witnessed a 62.77 percent drop in passenger numbers last year when it flew 273,905 passengers.

The dubai-based low-cost carrier saw its passenger carriage drop 73.63 percent but still managed to retain its spot among the top four. The airline flew 72,422 passengers in 2020.

On December 17, flights between Kathmandu and New Delhi, India resumed under the air bubble agreement after a nine-month break.

China Southern Airlines had made it to the top five in terms of passenger carriage to Nepal for the first time in 2019 by flying 200,003 passengers. But in 2020, the figure dropped 90 percent to 20,776 passengers.