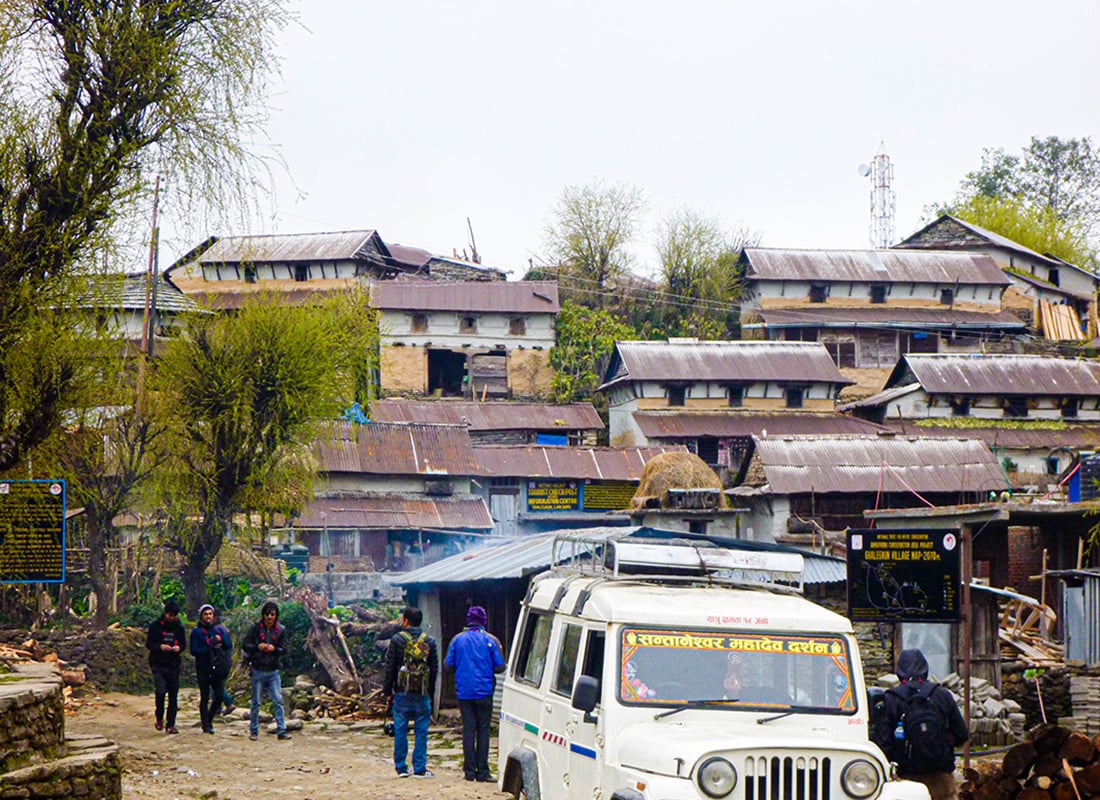 Tourists have started coming to Ghalegaun Homestay in Lamjung, a tourist district in Nepal.

Domestic tourists have started coming to the homestay here after eight months due to the impact of Covid-19.

The homestay was closed till last July, but after it was reopened on September 20, sometimes a few people started coming. According to the Rural Ghalegaun Tourism Management Committee, 30-35 tourists have started coming daily at this time.

Homestay operator Dirgharaj Ghale says that even though he was encouraged to attract tourists even in the midst of Corona's terror, he was disappointed when the tourists did not come.

He said, "In the past, when there were around 400 tourists, there was a problem of lack of space in the homestay, but now the number of tourists has started to increase despite waiting for tourists."

Prem Bahadur Ghale, chairman of the Village Ghalegaun Tourism Management Committee and chairman of the village municipality, said that some relief has come as the tourist arrivals have increased.

It takes about three hours by vehicle and about five hours on foot to reach the village from the district headquarters Bensishahar, covering a distance of 23 kilometers.

Starting from 2000 AD, Ghalegaun is the first homestay in the district. The committee has stated that homestay is in operation in 37 out of 125 households in the village.

The roofs of all the houses here are made of zinc sheets and all the roofs are red. Lamjung and especially Kholasothar, is the birthplace of the Gurung caste.

Kholasothar village municipality is named after him. The locals, who have been living in the foothills of the Himalayas for generations, have their own original art, language, culture and customs.

The Gurung community, which enjoys the Himalayan foothills and clean air, has a dense settlement here.