Kushma's bungee and swing will be operational from October 31 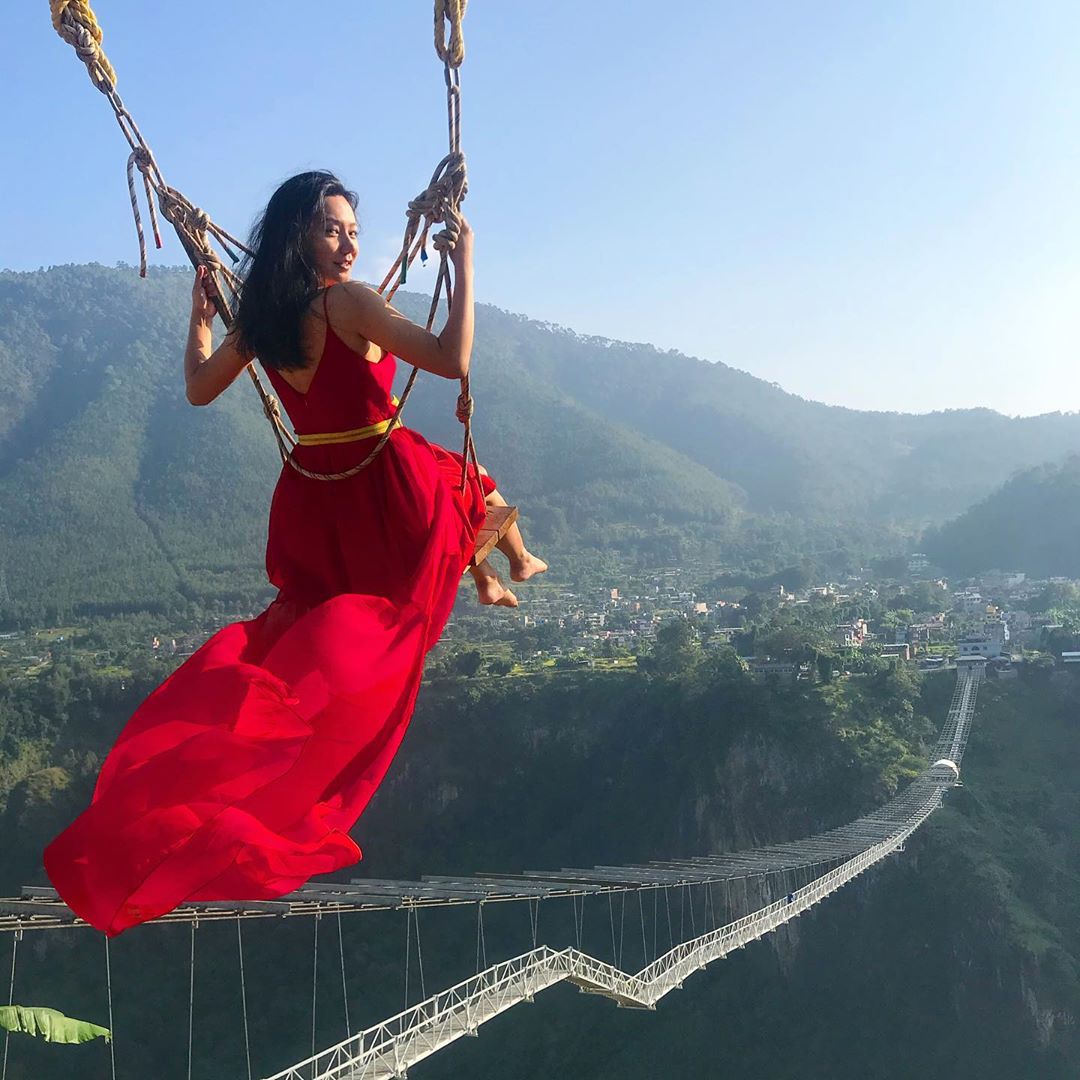 The bungee and swing constructed in Kushma of Parbat will be operational from October 31. It is preparing to conduct adventure sports including bungee, swing, and sky cycling by constructing a half-kilometer long bridge connecting Kushma and Balewa of Baglung district headquarters in the gorge of Kaligandaki. The Cliff Private Limited has announced that it will resume its activities from October 31 (Saturday).

A jumping platform for bungee and swing has been constructed just above the Kaligandaki river in the middle of the 525-meter long suspension bridge. The height of the bridge from the river is 228 meters or 748 feet.

According to Karki, the swing here has become the highest in the world. Both the bungee and the swing are priced at Rs 7,000. From Pokhara, Kushma has 8,450 bungee or swing facilities with two-way transport. A fee of Rs 12,000 has been fixed for tandem (pair swing).

The height of the bridge built for bungee is 228 meters while the height of swing built above it is 248 meters from the river.

The company claims that the swing, which is 12 meters high from the ground, is different from the swing made in Nepal so far. It is built in the style of a slingshot. Normally, the swing has to be shaken by others, but when the person sitting in it sits on the swng, the machine pulls the hut from behind and the swing is crushed.

Karki claims that the high-quality rope used in adventure sports, including rock climbing and designed by skilled technicians, has become a model of Nepal.

Sky cycling is made using steel core cable. Sky-cycling at the highest altitude in the world is 228 meters high and 300 meters long. Karki said that two people can cycle on the route, which is 300 meters long on both sides.

Karki informed that sky cycling had been prepared as per international standards, and high vigilance of safety precautions will be taken in its operation. Karki said that the company will provide the necessary bicycles and other safety equipment for cycling.

Both the bicycle and the passenger are tied with safety ropes. A bicycle with a fixed handle is mounted on a rope like a train roller in a leak. Sky cycling will be launched in a few months.

The Cliff Resort has been built on an area of ​​1.2 hectare in Balewa of Baglung. The resort has 21 safari tents and can accommodate 70 people.

Raju Karki, chairman of the company, says that the cost of the project has gone up to Rs 280 million due to the lockdown.

Along with Chairman Karki, Yuvraj Joshi, Netra Prasad Parajuli, Florence Karki, Rajan Joshi and Nawaraj Sharma have also invested in the project. The investment for the bungee and swing bridge alone is said to be over Rs 80 million. The bridge can be crossed by paying 120 rupees.

Public buses are easily available from Kathmandu, Chitwan, Pokhara to Parbat Kushma. You can also go to Baglung Bus Park in Pokhara and take a sharing taxi to Kushma.

Pokhara-Kushma two-way transport facility can be availed by booking a package with a vehicle at The Cliff. Anyone who doesn't want to jump but just wants to go and see can pay Rs 2,000 and opt for a two-way vehicle by choosing the 'Go and See' package.