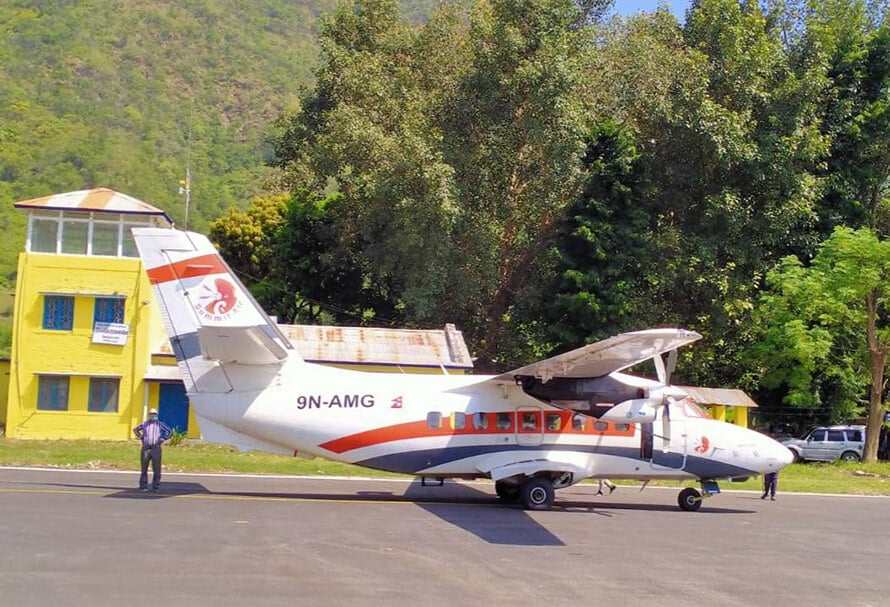 Summit Air's plane is landing at Baitadi Airport, which has been closed for more than two decades, during regular flights on Tuesday. Summit Air has started regular flights to remote areas of the Far West based on Dhangadhi Airport.

At the same time, Nepal Airlines Corporation, a government company that has been providing regular services in the hilly areas of the far west since 1978, is leaving the air market. The corporation has been withdrawing flights from airports in the region for a long time due to a lack of aircrafts in domestic flights.

Baitadi Airport came into operation in 1979 by constructing Dhulai runway. The Nepal Airlines Corporation had operated regular flights at this airport till 1995.

However, the corporation withdrew, citing a shortage of passengers and a shortage of aircraft. That place is now taken by Summit Air.

After 25 years of service, Summit Air has announced a regular flight from Dhangadhi to the airport once a year (Tuesday).

Meanwhile, at the Bajhang Airport built in 1978, the summit has made a flight schedule for two flights a year. This airport has been closed since 2008. Even during the conflict, the airport was closed due to a lack of passengers.

In 2009, Nepal Airlines closed its office and returned from here. Summit Air will operate regular flights to Bajhang twice a year (Tuesday and Friday).

Meanwhile, Summit Air has made public the schedule of regular flights even at Dipayal Airport in Doti. The plane was flying here till 2006.

However, Nepal Airlines canceled the flight saying that there would be no passengers as soon as the road traffic touched it. Due to this, the passengers of this region had problems in case of an emergency.

Now, the summit plane will leave Dhangadhi on one (Friday) day of the year. Earlier in the week, Culture, Tourism and Civil Aviation Minister Yogesh Bhattarai had inspected three airports on the same day.

After the success of the test flight coordinated by the Civil Aviation Authority of Nepal, the summit has made public the schedule of regular flights.

Earlier, NEA had started blacklisting at these airports.

In the past, regular flights were canceled from these airports due to increased access to road transport. Another reason is that Nepal Airlines could not even prioritize domestic flights.

That is why he does not even have enough aircraft now. Engineer Kishor Khadka, who is trying to attract tourists to the Far West, says that there is no need to close airports in remote areas due to lack of passengers.

Recently, Khaptad, an attractive destination in the far west, has attracted both internal and external tourists. He said that the airports would be able to get enough passengers from the passengers going to Khaptad if regular flights are to be operated.

In addition, road transport is still risky. Sick, pregnant women should travel hard. He says many lives could be saved if there was an aircraft at that time.