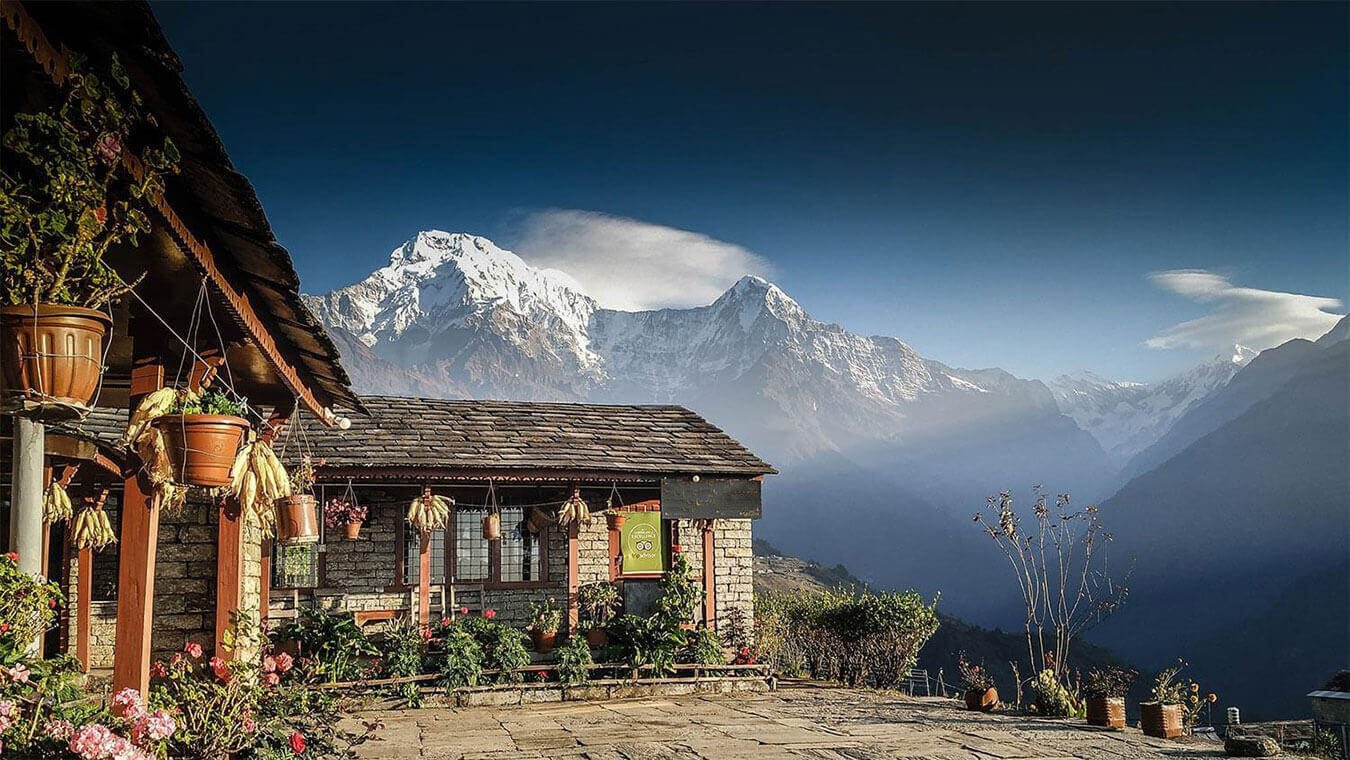 The local residents of Ghorepani, a famous tourist destination in Myagdi district, have utilised their leisure time in the last few months by getting involved in infrastructural development works. The area’s tourism sector has yet to resume in full swing due to Covid-19 restrictions.

The local entrepreneurs have been working to construct community buildings and drinking water and road projects.

“Currently, we are involved in upgrading a drinking project and constructing a building for a local mothers' group. We have decided to upgrade the existing drinking water project since the current water supply is not enough for the local population,” said Teksar Pun, the chairman of Ghorepani Drinking Water Consumers’ Committee. “We have a lot of leisure time now, as tourism activities have totally shut down for the past nine months due to the coronavirus.”

According to Teksar, the drinking water project is underway at a total cost of Rs3.2 million. Annapurna Rural Municipality has provided a budget of Rs 800,000 for the project while the remaining amount was managed by the local tourism entrepreneurs.

There are 42 households in the Ghorepani-Poon Hill area that lies in Annapurna Rural Municipality Ward No. 6. All of them run hotels, lodges, restaurants and tea houses.
The reconstruction of the dilapidated building of Ghorepani Mothers’ Group of Magar Museum is also under construction.

“The old stone-and-mud building was in a dilapidated condition. We have initiated its reconstruction work,” said Tara Pun, a member of the mothers’ group. According to her, each household has to work to reconstruct the structure.

Biren Pun, the chairman of Ghorepani Tole Reform Committee, said the local residents themselves volunteered to get involved in the infrastructure development drive.

“Every resident of Ghorepani takes part in the development of the community. But we have a tough time managing construction materials like stones, pebbles, sand and wood,” said Pun. “We cannot use stones and wood from the local national forest. We have to bring construction materials from other places in the district which requires a huge amount of money.”
The villagers have also gravelled around five kilometres of road and installed solar lamps between Ghorepani and Poon Hill since the lockdown was enforced in March. They have also built some shades for visitors to take shelter when needed.

The local entrepreneurs had imposed a ban on both internal and foreign tourists from visiting the Ghorepani area in March. They decided to reopen the closed hotels and lodges from December 16.

“We decided to open hotels and lodges to welcome tourists by following health security protocol from December 16,” said Biren, adding, “It is the off season so we aren’t busy at all.”

Poon Hill, situated at an altitude of 3,210 metres above sea level, is a hill station overlooking the Annapurna and Dhaulagiri ranges. It lies along the Annapurna trekking circuit, one of the best high altitude trekking routes in the world.