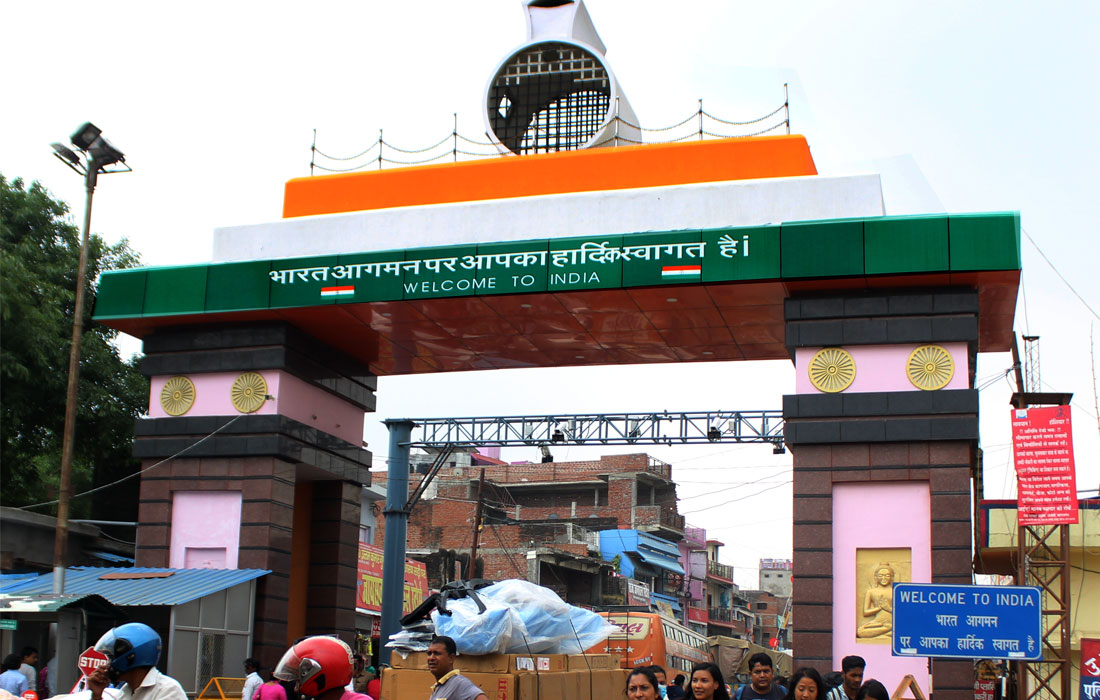 According to the customs offices, private vehicles with Indian number plates have been allowed to enter Nepal with passengers since Friday following the decision of the cabinet.

According to Punya Bikram Khadka, director and information officer of the department, Indian passenger vehicles have been allowed to enter Nepal by cutting customs duty to the nearest city and all over Nepal. "We have already issued a circular to all the customs on Thursday. From Friday, Indian private vehicles carrying passengers or will not be able to come to Nepal with conditions, 'Khadka said. The Covid Protocol (precautionary condition) prescribed by the government has been made mandatory for the entry of passengers into Nepal.

Chief of the Mechinagar Customs Office, Dhruba Bishwakarma, said that Indian private vehicles with passengers have been allowed to enter Nepal since Friday morning following the order of the upper body. "As per the agreement between the two countries, access to the nearest market from the border will be facilitated, and Indian vehicles with passengers will be able to travel from today by crossing the customs," said Vishwakarma, head of customs. He said that no such vehicle had arrived till 12 noon on the first day of the checkpoint.

Meanwhile, the Bhairahawa customs office in Rupandehi has also stated that the checkpoint has been opened for Indian vehicles since Friday. Chief of Bhairahawa Customs Maniram Poudel said that vehicles carrying jeeps, cars, and motorcycles with Indian number plates could enter Nepal by following the Corona Protocol.

Customs Information Officer Tirtha Raj Paswan said that vehicles started entering Nepal from Bhairahawa after the checkpoint was opened. According to him, Indian vehicles will be able to return to the nearest market on the same day free of charge. Similarly, customs duty of Rs 500 for a car, Rs 150 for a motorcycle, and Rs 750 for a tractor with a trailer has to be deducted at a time for a maximum of seven days, said Information Officer Paswan.

The movement of Indian vehicles has also started from the country's main checkpoint Birgunj-Raksaul. According to the Birgunj Customs Office, Indian vehicles have been allowed to enter Nepal after completing the process prescribed by the government.

The government has issued 'Odash 2078 regarding the travel management of passengers arriving and leaving Nepal from abroad'.

An Indian vehicle (BR 06 CM 0324) has entered Nepal through Birgunj on Friday after completing the necessary procedures. A team of Hotel and Tourism Entrepreneurs Association Birgunj reached Shankaracharya Gate and welcomed the guests with garlands.

Entrepreneurs have been complaining that the hotel and tourism business has not been able to rise due to the Corona pandemic.

Mayor of Birgunj Metropolitan City Vijay Kumar Sarawgi said that the tourism business would be revived if Indian vehicles were allowed to come.

The government had closed international ports due to the Corona pandemic. Later, even though a certain checkpoint was opened for the movement of the public, the movement of Indian vehicles was still restricted. Indian citizens are happy to be able to enter Nepal with an Indian vehicle pass from Friday.

We could not go to visit Manakamana and Pashupatinath, the religious places of pilgrimage in Nepal, even by car. We were not able to visit the beautiful places including Sauraha, Pokhara, 'he said,' Now we can visit God with our family and enjoy the tourist places.

This is the condition that the passenger has to follow:

Passengers coming to Nepal in government or private vehicles with Indian number plates must have completed the amount of vaccine against corona. There is also a condition that the report of PCR negative 72 hours ago or the antigen test report should be negative. Passengers coming to Nepal will have to fill up the passenger information form prepared by CCMC (Covid-19 Crisis Management Center) and submit it to the immigration at the border.