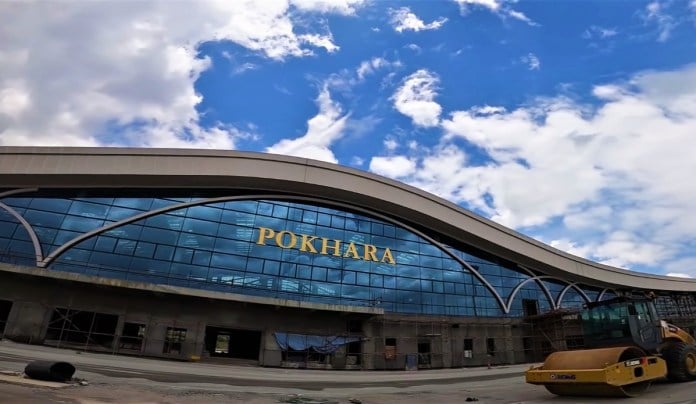 Pokhara has its own identity. It is the gateway to famous treks in the Annapurna region. Apart from being a tourist destination, Pokhara has now added another identity - the international airport. There is an anxious wait for the flight from the International Airport, which is in the lap of the Machhapuchchhre.

Tiles are laid at the entrance of the airport to make it systematic. As soon as you enter through the main gate, the terminal building with Pokhara looks beautiful. The ATC tower has been erected. The hangar is already standing. Workers are evacuated to various other buildings.

Work on the Pokhara Regional International Airport continued despite the shortage of manpower when many large projects were halted due to the Corona epidemic. Not all Chinese workers could return; Nepali workers who went home stopped there. However, the work of Pokhara International Airport was not stopped even with limited manpower.

Had it not been for the Corona epidemic, Pokhara International Airport would have conducted flight tests in the next three months. Because the project claimed that the construction of the airport would be completed six months ahead of the set target. Now, the construction will be completed on July 10, 2021, and the flight will be tested, said Vinesh Munkarmi, head of the airport project implementation unit. "Work is now underway to meet the target," said Munkarmi. The workers here are not enough, but the work is being done on time. '

"Most of the construction work has been completed, and now it is the work of docking and finishing," said Munkarmi. "Other technical works, including equipment connection, are also left."