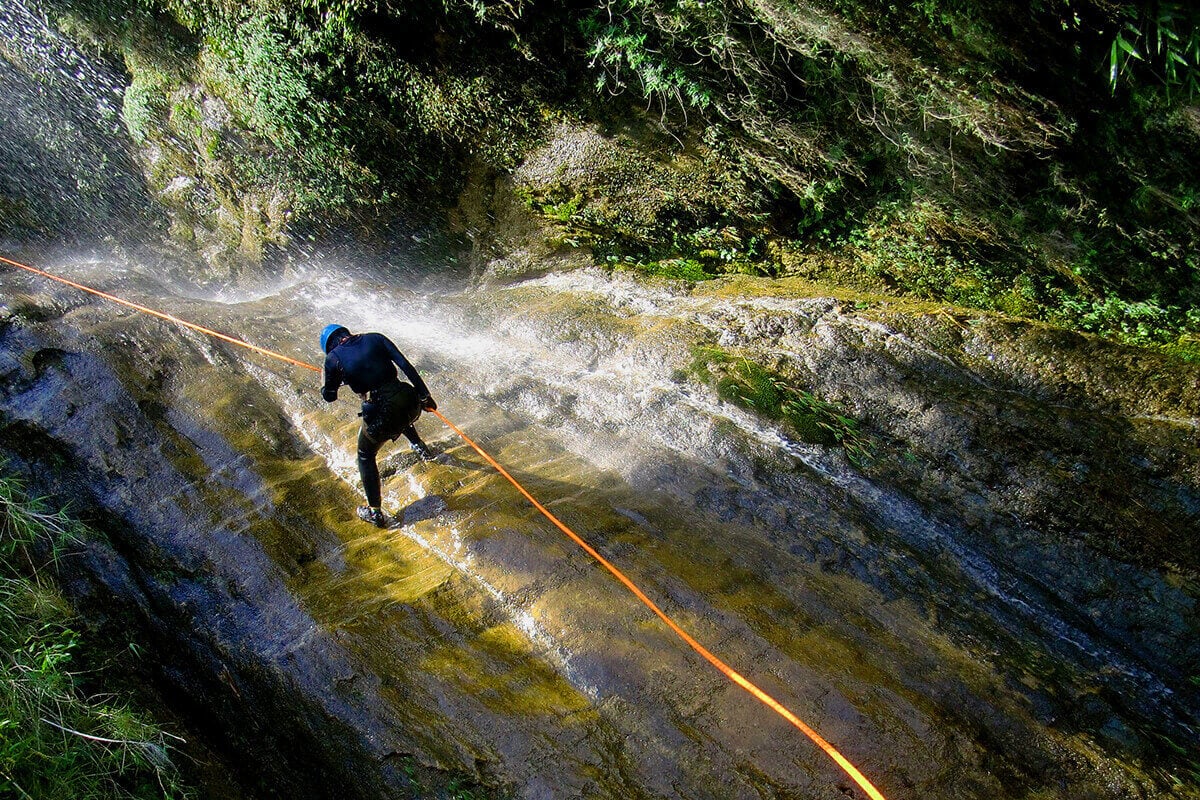 Pokhara Canyoning, a canyoning company in Machhapuchhre Rural Municipality-9 of Kaski, which was closed due to Covid-19, has resumed after seven months.

Even though the risk of corona epidemic is high, it is being operated in full compliance with the health vigilance standards, said operator Ram Gurung. There is no alternative to slowing down tourism and making it economically viable, so canyoning has been opened up by meeting health safety standards," Gurung said.

He informed that the canyoning had been opened, keeping in view the desires of the domestic tourists who have been in the same routine for a long time and are interested in adventure sports. He said that the canyoning will be done in a completely safe environment by providing the necessary equipment, health material, mask, and sanitizer.

Canyoning has been in operation in Pokhara since 2014. There are two 75 and 45 meter high waterfalls for canyoning at Kudi Chahra under Lwanghalel village, about 22 km from Harichowk in Pokhara.

For those who want to do it for the first time, arrangements have been made to show and teach the demo initially. Seven guides are stationed there. According to Gurung, before Covid-19, 3,000 people used to experience canyoning annually.