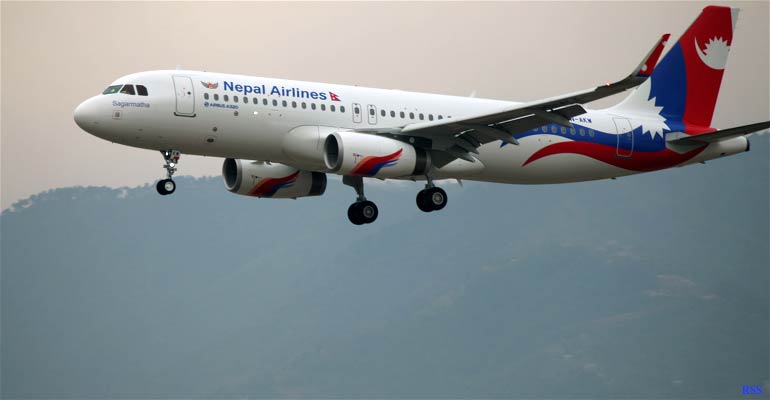 Regular flights from Kathmandu to the Indian capital Delhi have been launched for the first time since today. The government had imposed a nationwide ban on lockouts and flights after 11 April. Nepal Airlines is making its first flight on this closed route today.

The flight of A-320 is scheduled for 11:20 am, said Karishma Shrestha, spokesperson of Nepal Airlines. "There is good occupancy on both flights to and from Delhi," she said. "The number of passengers has not yet come from the airport."

According to Nepal Airlines, one ship will go to Delhi daily from Kathmandu. The ship will bring passengers from Delhi to Kathmandu. India has eased air travel through the Air Transport Bubble Scheme.

After the government of Nepal accepted the same scheme, the flight with India was opened. The corporation is preparing to fly a big ship with the pressure of passengers. There have been no regular flights on this route. Although the government opened international flights last August, permission was not given to South Asian countries, including India.

Nepal and India have agreed to operate daily flights.

Accordingly, Air India will fly to Nepal from India. The company has not set a date for the flight. Passengers have to meet the prescribed health standards in an open flight. PCR report has been made mandatory within maximum 72 hours of going to India.

Passengers coming to Nepal from India will be allowed to come to Nepal after filling the online form and submitting the required documents. Visas are not mandatory for travel between Nepal and India.