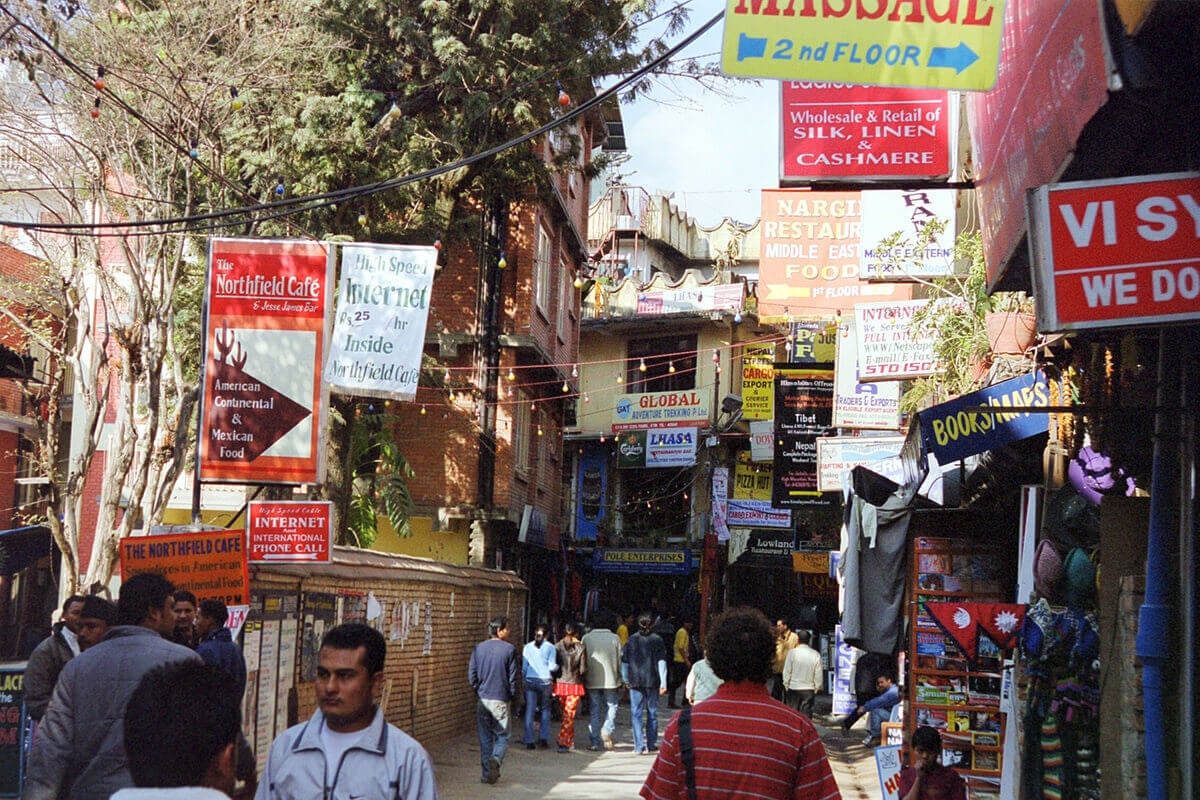 Tourist activities have started to increase in various areas of Nepal, including Thamel, the major tourist area of ​​the federal capital Kathmandu.

Tourist destinations across the country, including Thamel, which has come to a standstill due to the third phase of the Omicron virus that has spread globally, are gradually gaining momentum. Thamel, which was deserted after the government banned night-time business due to the growing omicron virus, has reopened its night-time business from March 20. The activity of domestic and foreign tourists has increased.

Bhavishwar Sharma, the vice-chairman of Thamel Tourism Development Council, says that the transition rate of Corona is low, and tourism activities have increased in Thamel with the start of night business. "Foreign tourists are gradually coming to see the streets of Thamel," he says.

Eighty percent of the trade is done by foreign tourists and 20 percent by domestic tourists. There are more than a thousand hotels in the Thamel area.

"The number of domestic and foreign visitors to the hotel increased more than a month ago," he said. He expects Nepal's tourism sector to pick up speed now.

Secretary of the Bouddhanath Area Development Committee Basanta Lama says that the number of internal and external tourists has increased in the area recently. "Domestic tourists are flocking on Fridays and Saturdays, and foreign tourists are also flocking," he said. According to Secretary Lama, the Mandala complex in the Bouddhanath area, which was closed due to the third wave of Corona, has not been reopened yet.

Before Corona's time, there was a lot of night entertainment in Thamel every day. There was more activity on Friday and Saturday. Clubs of Thamel, which are connected with the nightlife of the younger generation from business houses and family gatherings, are waiting to return to the business path. More than 6,000 people have been doing business in the Thamel area.

Nilhari Banstola, former vice-president of the Trekking Agencies Association of Nepal (TAAN), said the government should take special initiatives to revive the burgeoning tourism sector. "The state should benefit by managing Nepal's tourist area on the World Heritage List and attracting as many tourists as possible," he said.

Nepal Tourism Board official Kavindra Bhatt says that 16,975 foreign tourists entered Nepal by air in January alone. "It is a matter of great happiness for Nepal's tourism industry that about 17,000 tourists enter the country at a time when the third wave of Corona is growing rapidly," he said. A total of 8,874 foreign tourists visited Nepal in the same month last year.

According to the board, Indian tourists are the most likely to enter in January. During the month, 3,916 tourists from India, 1,231 from Bangladesh, 3,527 from Europe, 1,114 from Asia and other countries, 3,618 from USA and Canada, 1,240 from Australia and New Zealand and 1,975 from other countries entered Nepal.

According to Regmi, the major source of foreign exchange earnings, the improvement in foreign tourist traffic has provided some positive energy to the tourism sector. The Nepal Tourism Board has launched various programs to promote Nepal's tourism industry, which has been stagnant for almost two years.