Covid-19 spreads at Dhaulagiri base camp after Everest 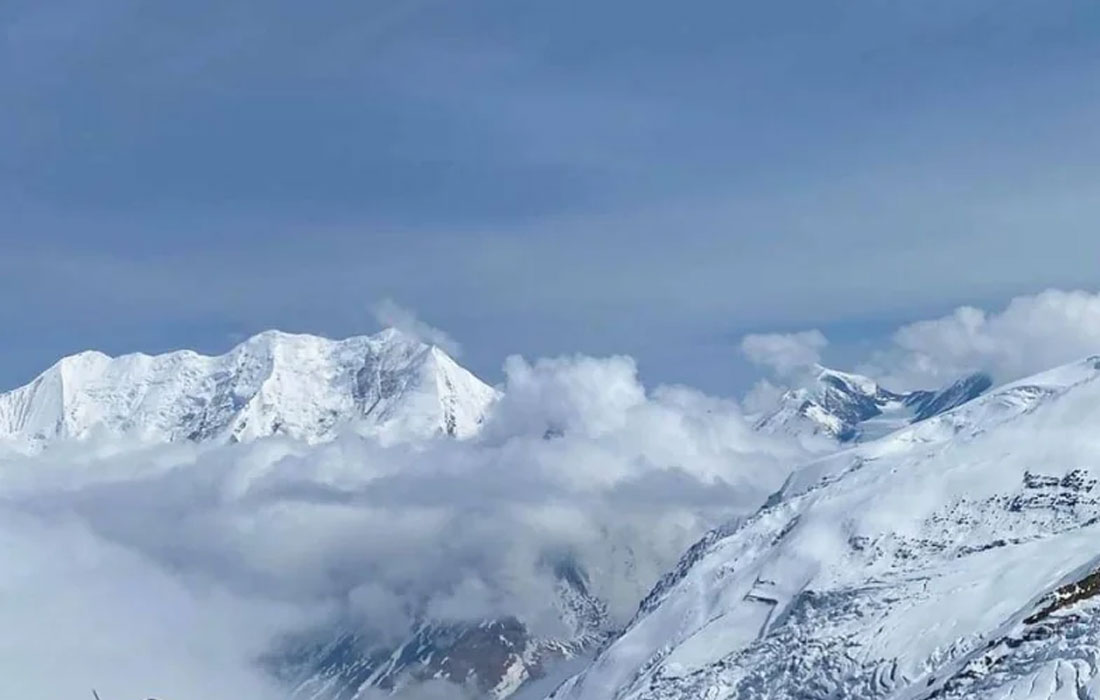 More than 10 climbers - both foreigners and Sherpas - are being airlifted from Mt Dhaulagiri to Kathmandu for treatment following preliminary reports of Covid-19 detection at the base camp.

Five climbers including a foreigner, were brought to Kathmandu yesterday while nine more - four foreigners and five Sherpas - will be evacuated today after some of them were tested positive during the antigen and RDT tests carried out by a medical team of Nepal Army stationed at base camp, sources said.

At least 33 foreign climbers along with over 100 support staff have already reached Dhaulagiri base camp to attempt to scale the mountain this season. "The Situation is very scary here," a climber told over phone from base camp.

Helicopters are on standby to evacuate nine climbers today itself once the weather permits. All 14 climbers will immediately go for PCR tests in the capital for further verification of their infection status.

Earlier, more than 10 climbers had tested positive for the contagion at Mt Everest base camp.

Over 1500 people including 408 permitted climbers are already stationed at Everest base camp in a bid to scale the world's highest peak this season.

Everest ER doctors held a meeting with expedition leaders yesterday to discuss logistics for managing the respiratory illnesses, just as officials in Kathmandu reported of increasing number of infections there.
Key points shared in the meeting included encouraging all to maintain their respective bubbles, discouraging visits between camps, wearing masks even within their camps, sending any members with respiratory illness to see the doctors at Everest ER for further evaluation, and a discussion about how to properly isolate and monitor ill camp members.

Some teams will be fully acclimatized and getting ready to mount their summit bids so maintaining optimal health remains their key focus for now.