Hunting decreases amid pandemic in Dhorpatan 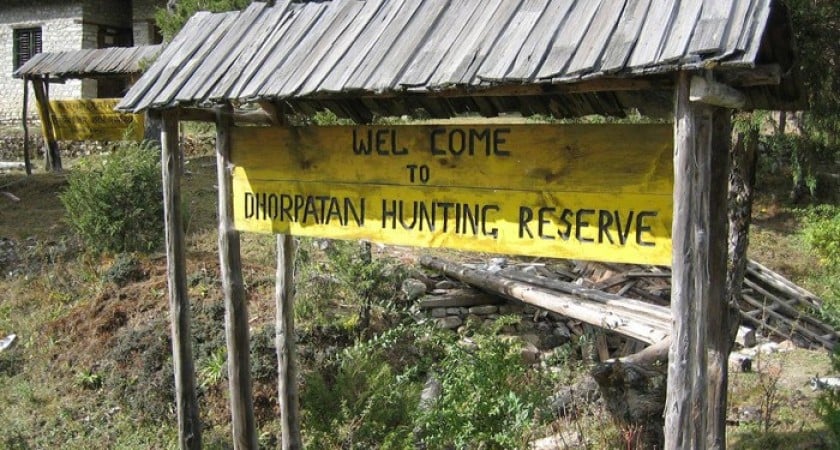 If there were no coronavirus in the world, foreign tourists would have flocked to the Dhorpatan Hunting Reserve in Baglung at this time.

However, even though the first hunting season has started this year, foreign hunters have not been able to come so far.

Only one blue sheep and one weasel will be hunted in the first hunting season of this year in the only Dhorpatan hunting reserve in Nepal, which hunted many blue sheep and weasels before the pandemic.

Although the department invited international bids, only Nepal Travels Company submitted a proposal. Chief Conservation Officer of Dhorpatan Game Reserve, Birendra Prasad Kandel, said that the company was allowed to hunt one weasel and one blue sheep in the Dhustung block of the reserve.

"In the second season of last year, hunting permits were limited to 10 blue sheep and five weasels," Kandel said. According to Kandel, the revenue paid by foreign hunters was zero.

Belgian citizens will come to Dhorpatan in the first week of November through Nepal Travels Safari Company.
The foreign hunters have paid only USD 1350 (Rs 160,000) for blue sheep and USD 760 (Rs 90,000) for the weasel.

Due to lack of competition, the hunting price of blue sheep and weasel has come down significantly. The hunting company will hunt under the direct supervision of the employees deployed from the reserve for a period of 15 days.

Wealthy hunters from the United States, Russia, Spain and other countries come to Dhorpatan by chartering helicopters for hunting in the reservation. Before Corona, hunters used to come through Himalayan Safaris, Global Safaris, Nepal Wildlife Adventure, Himalayan Outfitters, Track and Trails, Nepal Wildfire, Samari and other companies. But sadly, due to the pandemic, other companies had not submitted bids this year.

In reserve, hunting is done in the first season of September-November and the second season of March-April. The reserve is spread over some parts of Baglung, Rukum, and Myagdi. The reserve has been divided into Sundaha, Seng, Dogadi, Barse, Phagune, Surtiwang, and Ghustung (seven blocks) for hunting.

For its security, the Nepal Army's Satrumardan Gulm has also been set up in reserve.