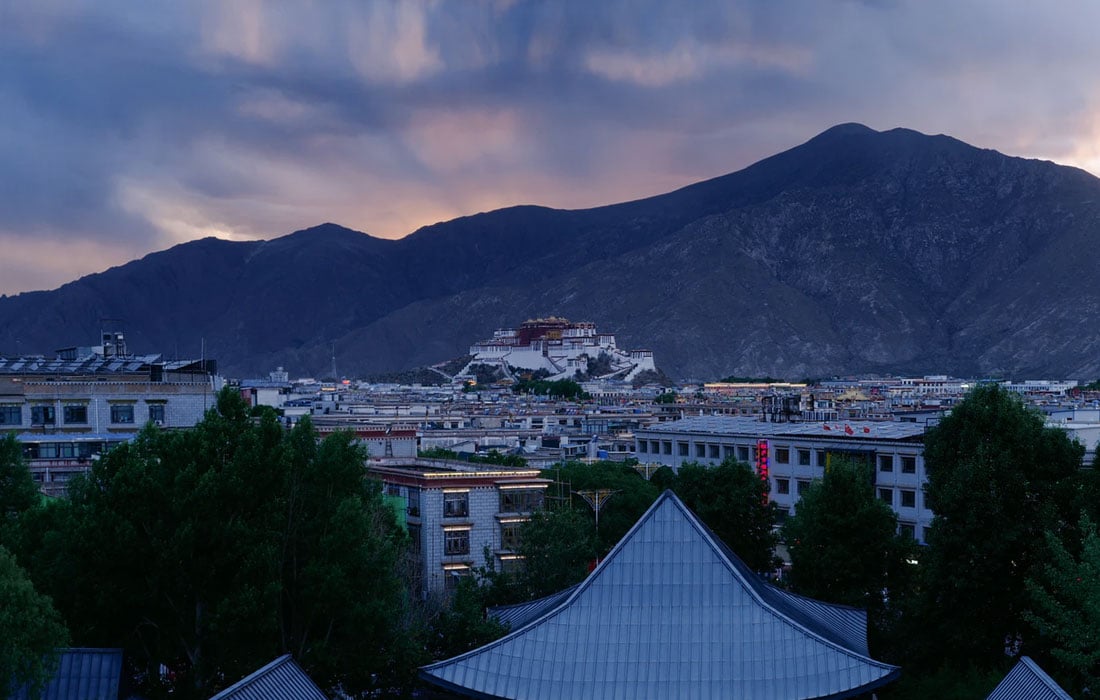 Lhasa Short Tour is an awe-inspiring 4-day itinerary that provides an excellent opportunity to explore the culturally rich, mysterious Lhasa city. This ancient religious city has developed by modernization but still kept its cultural and historical sites well-preserved and well to visit. It is the easy and shortest possible tour of Lhasa that helps you learn about Tibetan culture in a short time.

A classic four-day Lhasa tour begins and ends in the spiritual heart of Tibet, Lhasa. You'll get an opportunity to tour around major holy Tibetan Buddhist sites like the Potala Palace, Jokhang Temple, and Barkhor Street in Lhasa city. Further, this trip will take you to the ancient Tibetan monasteries in Lhasa like Drepung Monastery and Sera Monastery. Both of these monasteries are stunning and hold their history and religious significance.

Lhasa, Tibet tour is doable all year round. However, the best time to visit Lhasa city is from April to November. This cultural Lhasa Short Tour commences with a sightseeing tour around the most stunning Potala Palace, one of the most prominent landmarks of Lhasa. It is the winter palace that was built in the 17th century by the 5th Dalai Lama. You'll also explore a sacred temple of Tibet, Jokhang. In the 7th century, King Songtsen Gampo built this temple. The temple consists of the ancient statue of the Shakyamuni Buddha. After visiting the temple, you can stroll around Barkhor Street. It is one of the most popular shopping streets in Lhasa.

The next day you'll visit Drepung Monastery and Sera Monastery, two of three great monasteries of Gelugpa School. It is the largest monastery in Tibet and now serves as one of the prominent universities for Buddhist monks. In the 15th century, it was home to ten thousand monks. You'll get an opportunity to admire the magnificent statue of Maitreya Buddha, which is truly breathtaking.

After Drepung, you'll head towards the north of Lhasa to visit Sera Monastery. It mainly consists of Great Assembly Hall, three Zhacangs (colleges), and 32 Kamcuns (dormitory). Besides, inside the monastery complex, there are many other attractions worth seeing, such as rock paintings, murals, Buddha statues, thangkas, sand mandalas, etc. Also, attending the famous religious debate session of the monks in the Sera monastery is another major highlight of this short Lhasa cultural tour.

After visiting all the spectacular sights of the holy city in Lhasa, you'll fly back to your next destination and end this memorable 4 days- Lhasa Short Tour.

Enjoyed a lot
Finally, after 3 years of planning, flew to Lhasa to explore major places like Potala Palace, Drepung Monastery and Sera Monastery, and more. I've...

Your adventure of the Lhasa Short Tour begins today! Our Tibetan guide will receive you and get transfer to your assigned accommodation in Lhasa downtown upon your arrival. Try to get some rest and soak into the atmosphere in Lhasa.

The city rests on the valley of the Himalayas at an altitude above 3,500 meters above sea level. So prepare yourself for high altitude and drink plenty of water to avoid altitude sickness. Commence your first day by indulging in a traditional Tibetan meal. 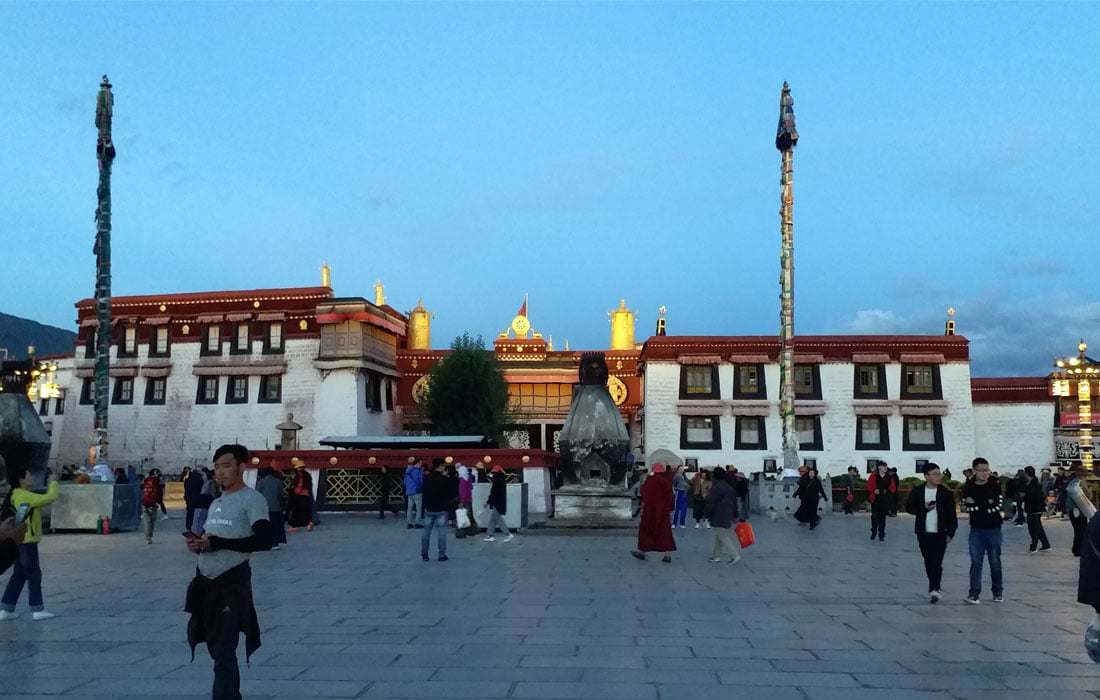 Barkhor Street - The street is just a single pilgrimage road around Jokhang Temple. The Tibetans called it "Holy Road".

Start your day off right: have breakfast and head off on a day full of sightseeing tours in Lhasa city. Today you'll visit the Potala Palace, Jokhang Temple, and Barkhor Street. At first, you'll visit Potala Palace, which was the residence of the Dalai Lama and now is a UNESCO World Heritage Sites and museum. Inside the palace, there are over 1000 rooms, 10,000 shrines, and about 200,000 statues. The magnificent Potala Palace lies on top of Marpo Ri, the "Red Hill" offering an incredibly breathtaking view of the valley. The Potala Palace contains two parts, the Red Palace and the White Palace. The Red Palace is used for religious study and Buddhist prayer, whereas the White Palace served as the Tibetan government's office building.

The next stop is Jokhang Temple, the most sacred temple in all of Tibet. Lhasa is also called the religious capital of Tibet. According to legend, Padmasambhava (also called Guru Rinpoche) had magically pinned down the earth demons and built the foundation of the Jokhang Temple over her heart. Around the Jokhang Temple, there is the famous Barkhor Street, where you can do kora with other Tibetan locals and pilgrims. You'll explore the old market and may have a chance to see the local handicrafts, handmade silver jewelry, religious items like prayer flags and beads, etc. End your day tour at Barkhor Street, the narrow streets encircling the Jokhang Temple. After the historical tour, you'll make your way back to your hotel. 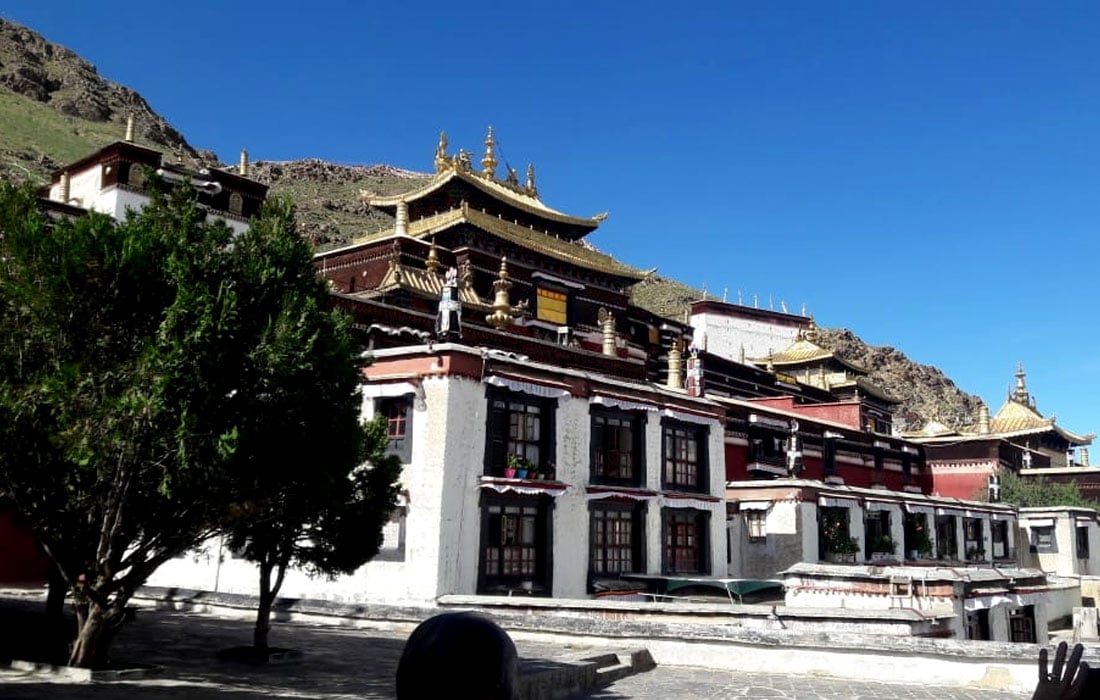 Sera Monastery in Lhasa - Located 2 kilometers north of Lhasa, lies at the foot of Pubuchok mountain.

Get ready for a sightseeing tour to explore Drepung and Sera Monastery in Lhasa. Start the day with a visit to Drepung Monastery, which is the largest of all Tibetan monasteries. Perched on the Gambo Utse mountain, Drepung is Tibet's "great three" Gelug university gompas. You'll notice how the Tibetan Buddhist tradition of wisdom and compassion is well-preserved inside the monastery. You'll encounter monks with the perfect knowledge of inner peace and kindness. Built-in the 14th century, the Drepung monastery was home to 10,000 monks in the past.

Located 2 kilometers north of Lhasa, Sera Monastery lies at the foot of Pubuchok mountain. It is also one of the "great three" Gelugpa. The monastery complex includes a printing house and three important colleges Sera Me, Sera Je, and Sera Ngagpa. There is the main Assembly hall in the center of the monastery, which is the largest and most impressive building. Inside this hall, there are 5 chapels and giant thangka hanging from the ceiling. There is also the statue of Jamchen Choje, the founder of Sera. You'll also see a tree-lined debating courtyard where you can enjoy the famous monk's debate session. After getting an utterly delightful experience through a sightseeing tour of Lhasa, you'll get back to the hotel.

Today is your final day in the holy city of Tibet in Lhasa. You can do some last-minute shopping after having breakfast. Depending on your flight time, our Tibetan guide will drop you off at the international airport. On the way back to the Lhasa airport, you can relish the amazing time you spend in this spiritual city of Lhasa.

Further, if you wish, you can also opt to extend your trip to other parts of Tibet or even to neighboring countries such as Nepal, India, and Bhutan for cultural sightseeing tours. Please feel free to let us know. We'll arrange an exciting and adventurous itinerary for you.

GET A TRIP QUOTE
OR
Chat via WhatsApp

Australia
Apr 20, 2019
Enjoyed a lot
Finally, after 3 years of planning, flew to Lhasa to explore major places like Potala Palace, Drepung Monastery and Sera Monastery, and more. I've the finest memories of this trip. I am grateful to everyone at Third Rock for this amazing trip to Lhasa.