More than 170 climbers summit Everest in a day 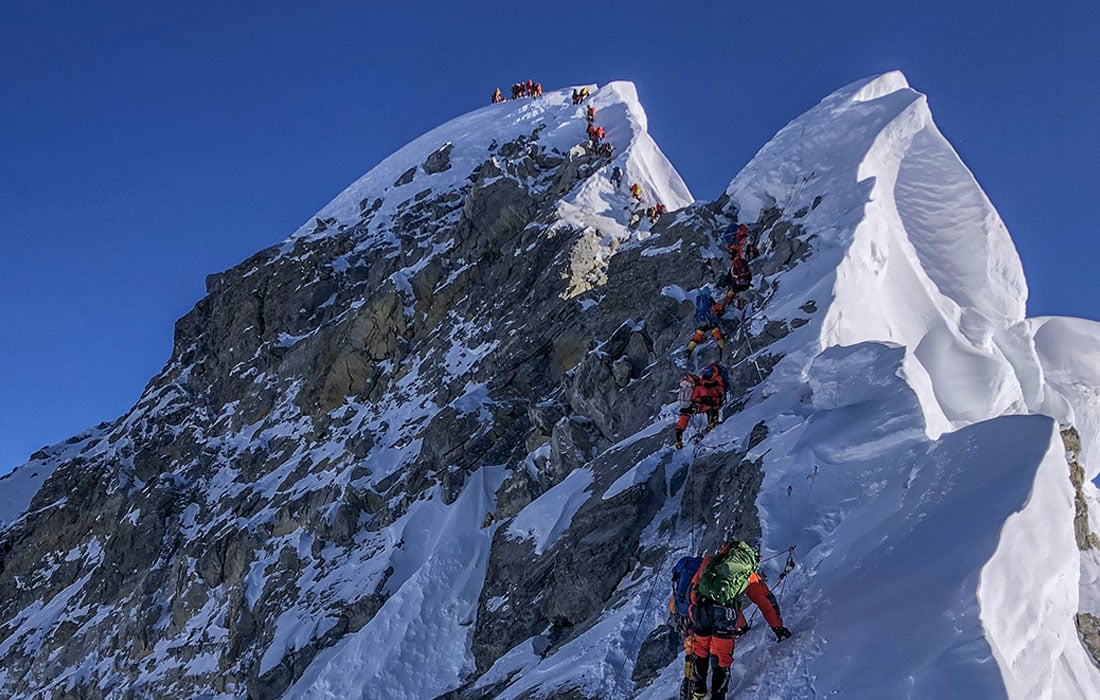 On Sunday, more than 170 climbers scaled Mt Everest, and another 100 or so are waiting to climb the mountain on Monday.

Everest is crammed with climbers as a record 408  permits have been issued to climb Everest. The highest number of permits issued before this year was 381 in 2019. But last year, there were no mountaineering expeditions in Nepal due to the global pandemic.

There could be at least 800 summiteers if all foreign permit holders with their mountaineering leaders get to the top. Around 150 had reached the summit from May 10 to 12.

The Department of Tourism this year introduced a new system of quotas to allow not more than 170 summiteers to make the summit attempt on a single day.

A photo taken by mountaineer Nirmal Purja that captured a long line of mountaineers waiting to get to the summit in May 2019 went viral, raising questions about Nepali officials’ disregard for the lives of mountaineers as long exposure to the elements at high altitudes are risky.

Despite having spent as much as $90,000 including $11,000 for the permit, not everyone may be able to make a push for the summit, given the quota and the crowd. The final weather window is only expected to last two days. The spring mountaineering season in Nepal lasts till the end of May. The number of climbers still on the mountain may be high, but it does not include those that have already abandoned their climbs because of the coronavirus outbreak.

Norwegian national Erlend Ness was the first to leave the mountain because of Covid-19-like symptoms, and he was found to have been infected with the coronavirus. There have been reports of more infections on the mountain since then, but authorities have said that the situation is under control, and strict guidelines have been placed for expeditions not to mingle with each other.