NMA honors Prince of Bahrain and his team for successful ascent of Mt. Manaslu 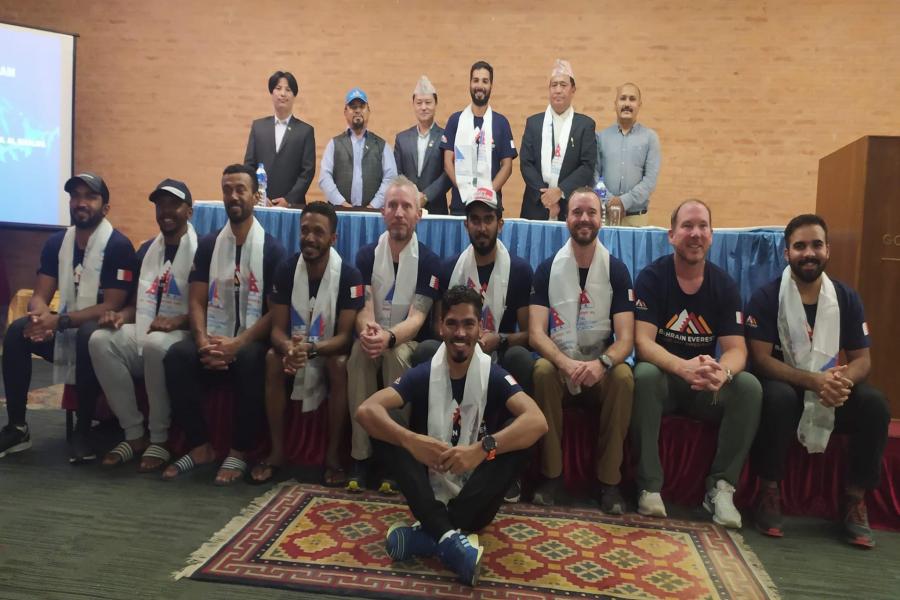 Nepal Mountaineering Association has honored Prince Mohamed Hamad Mohamed Al Khalifa of Bahrain, who recently returned from the successful ascent of Manaslu. The Prince and his expedition team had successfully climbed the 8,163-meter-high Mt.Manaslu at 6:10 on Thursday.

NMA President Santa Bir Lama and General Secretary Kul Bahadur Gurung reached Gokarna Forest Resort, where the expedition team was staying and congratulated the Prince and his expedition team members. The group had also climbed Lobuche before ascending Manaslu.
The Prince aims to fly the Bahraini flag to the highest peak, Mount Everest, in the spring of 2021. According to the Seven Summits, the ascent of Lobuche and Manaslu was done for the preparation of the ascent of Everest. While interacting with the Prince, President Santa Bir Lama said," Nepal Mountaineering Association (NMA) extends its heartfelt congratulations and honor to you and your team for their successful ascent of Manaslu and Lobuche."

At the event, Prince thanked all those who contributed to the success of the Lobuche and Manaslu.