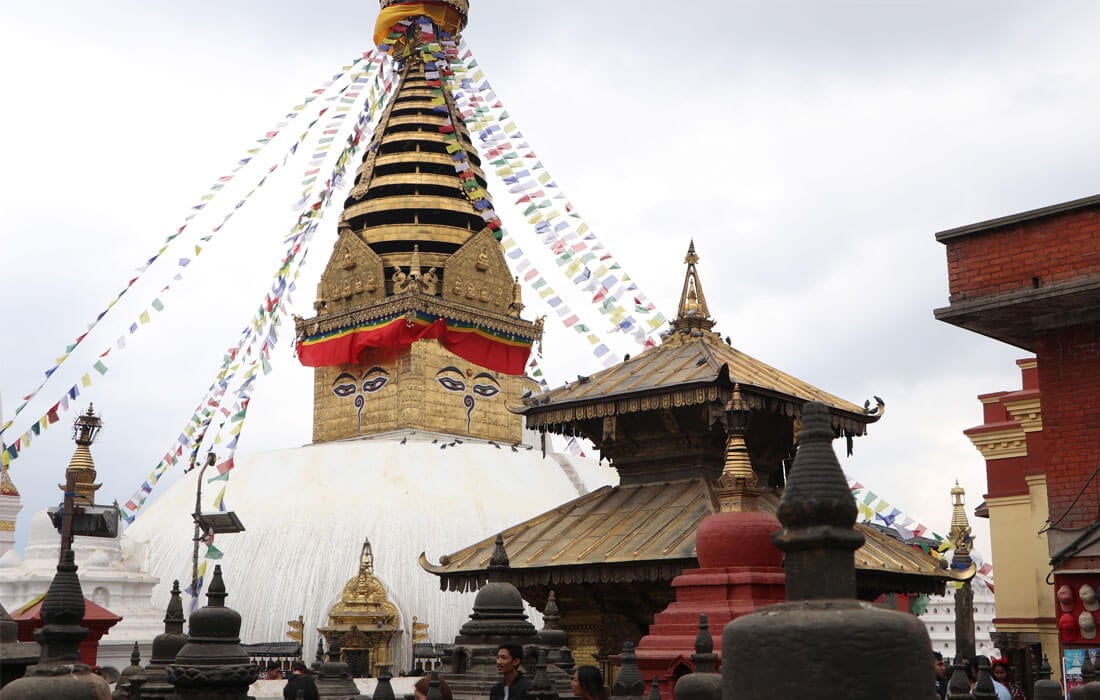 Kathmandu, Patan, and Bhaktapur are the three most captivating cities in Nepal, which exhibit the best of ancient cultures, well-preserved traditions, and heritage sites. And Nagarkot Sunrise and Sightseeing Tour in Kathmandu is the best deal offering an opportunity to visit these cities in a single go, along with excellent sunrise and sunset view from Nagarkot Hill.

Begin this short tour by exploring the major landmarks of Kathmandu, which are UNESCO world heritage sites. For a long time, gigantic dome-shaped stupas in Swayambhunath and Boudhanath signify the great importance of Buddhism in the valley. Likewise, the sacred Hindu temple of Pashupatinath showcases ancient Hindu culture and rituals. Further, you'll also visit the artistically built Bhaktapur Durbar Square, where a cluster of temples, museums, and royal palaces manifest tremendous skill of architecture, art, and culture of medieval eras.

Next, you'll drive to Nagarkot to soak up the timeless beauty of sunrise and sunrise over the mighty Himalayan peaks, including Mt. Everest, the world's tallest peak. Enjoying the panoramic views of snowcapped peaks, green hills, and splendid sunrise views, you'll drive to the ancient city of Patan. After exploration of Patan Durbar Square, you'll return to Kathmandu. With the final flight home, you'll end 5 days of Nagarkot Sunrise and a Sightseeing Tour in Kathmandu.

Upon arrival at Kathmandu International Airport, a representative from Third Rock Adventures will welcome you. After completing all airport formalities, you'll drive to the hotel in the city area. Resting for a while, and after freshening up, you'll explore nearby places.

Next, you'll visit our head office in Thamel to attend a brief trip meeting. Your tour guide will shortly explain the tour itinerary. You can put your confusions/doubts (if any) in this session. After completing this meeting, you can again explore the surroundings or return to the hotel and prepare for the trip. 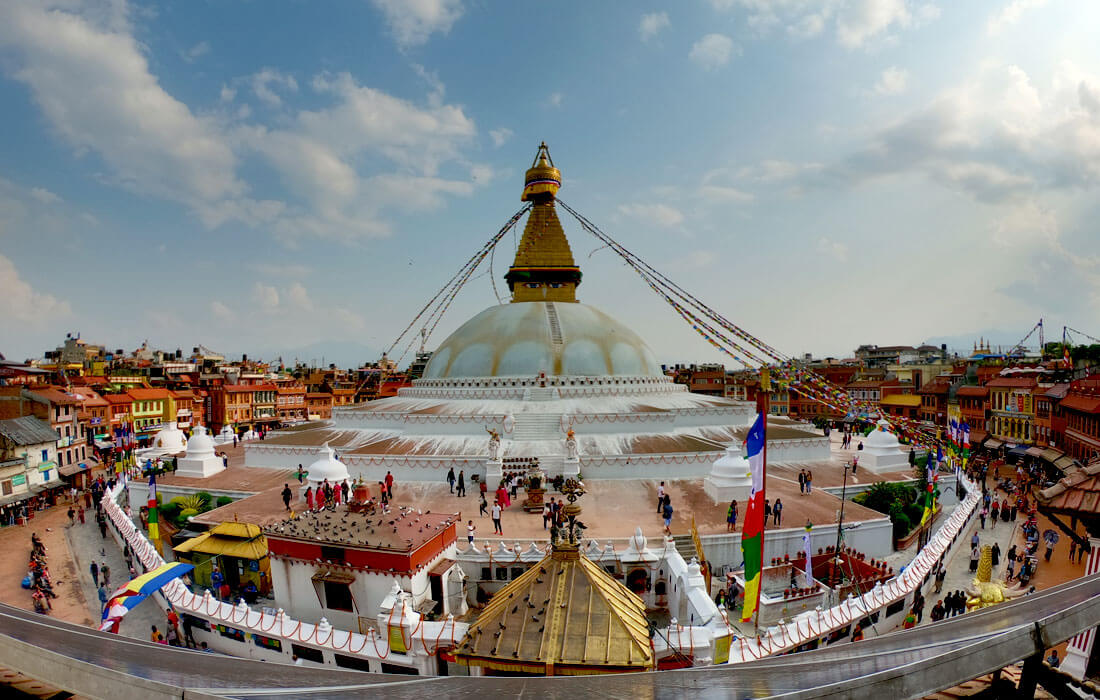 Today you'll visit all UNESCO world heritage sites in and around Kathmandu Valley. After having breakfast in the hotel, you'll first drive to a holy Pashupatinath temple devoted to Lord Shiva. Apart from being one of Nepal's most prominent Hindu temples, the Bagmati river is also considered holy to Hindus and Buddhists. You can explore the temple premises, meet Sadhu (sacred men), and learn about Hindu culture.

Next, you'll visit the Boudhanath stupa consists of a massive three-dimensional mandala making the world's largest spherical stupa. This mandala holds many religious beliefs. The vibrant streets of Boudha are filled with colorful homes, monasteries, and street vendors. You can see many devotees praying and chanting on the premises of the stupa.

Afterward, you'll go to Swayambhunath temple, also famously called the "Monkey temple." It is the oldest stupa in Kathmandu and the most iconic and visited landmark, situated on the top of a hill near the valley. Several Hindu and Buddhist temples and monuments with great cultural and historical significance surround a huge main stupa.

Further, you'll explore Kathmandu Durbar Square, one of the famous historical landmarks in Nepal. There are many fascinating temples, shrines, royal courtyards, and museums around the premises of durbar square. After exploring and learning about Nepal's ancient culture and medieval treasures, you'll get back to your hotel.

Day 3
Day tour of Bhaktapur and Drive to Nagarkot 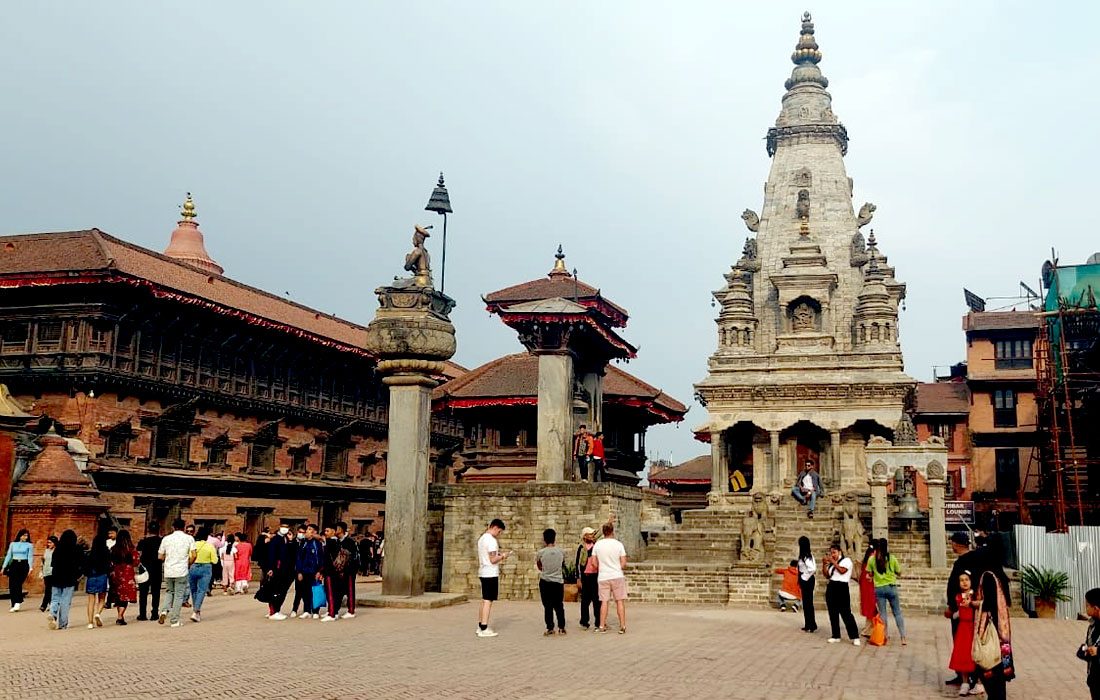 Today, you'll complete your breakfast and drive to Nagarkot through the ancient city of Bhaktapur. Bhaktapur Durbar Square is a magical blend of royal buildings, elegant squares, and graceful pagoda temples that showcases a long back Newari architecture. After completing the Bhaktapur sightseeing tour, you'll drive to Nagarkot, a hill station famous for its sunrise and sunset views and mesmerizing Himalayas range.

The drive is scenic through local settlements, beautiful terraced fields, green hills, etc. After a few hours of a bumpy ride, you'll reach Nagarkot. Once you arrive here, you'll catch a beautiful eye-lashing view of mountains, green hills, and valleys. End your day of fun with a splendid sunset view with the sky lighting the mighty mountains of the valley.

Day 4
Sunrise from Nagarkot, Patan Sightseeing and Drive back to Kathmandu 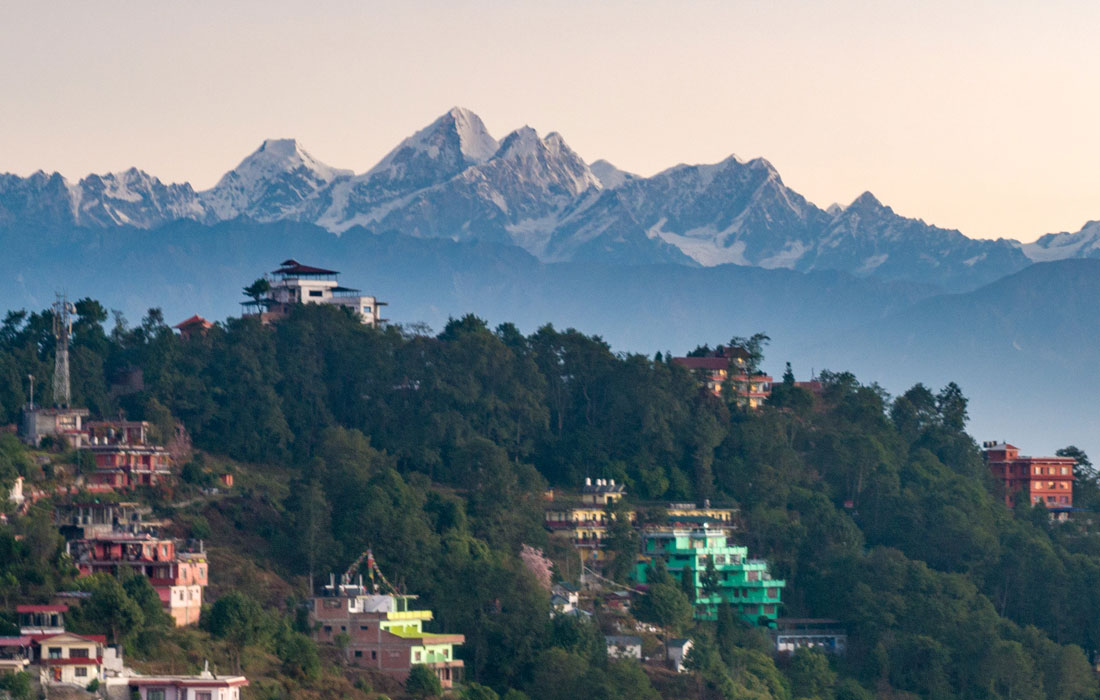 Wake up early in the morning, and you'll go to Nagarkot viewpoint to see the panoramic view of gorgeous pink sunrise over the high mountain peaks. On a clear day, you can witness eight Himalayan ranges, including Everest, Rolwaling, Manaslu, Annapurna, Ganesh, Langtang, Jungal, and Numbur. After living the wonderful moment, you'll return to your hotel for breakfast.

After that, a short drive takes you to another medieval Newari town of Patan. You can find one of the most preserved elegant architectural treasures. For this reason, Patan Durbar Square is a famous visiting place. This square contains Hindu temples, Buddhist monuments, statues of deities, and bronze gateways with beautiful carvings. There are three central courtyards or chowks named Mul Chowk, Sundari Chowk, and Keshav Narayan Chowk on the premises of durbar square. While exploring the Patan, you'll get a glimpse of Newari art and culture. Later you'll drive back to Kathmandu.

Finally, your short tour in Nepal comes to an end. Today you'll depart to your home country. Depending on your flight time, a representative from Third Rock Adventures will drop you at the airport. It is always good to be at the airport 3 hours before your flight

Besides, we offer several tours and trekking packages if you wish to extend your vacation. To further explore, you can contact us or use WhatsApp for an instant connection.

Need Help Booking?
Are you satisfied with this itinerary?
GET A TRIP QUOTE
Not Really Satisfied?
Customize This Trip
Talk with our local travel specialist
Chat via WhatsApp