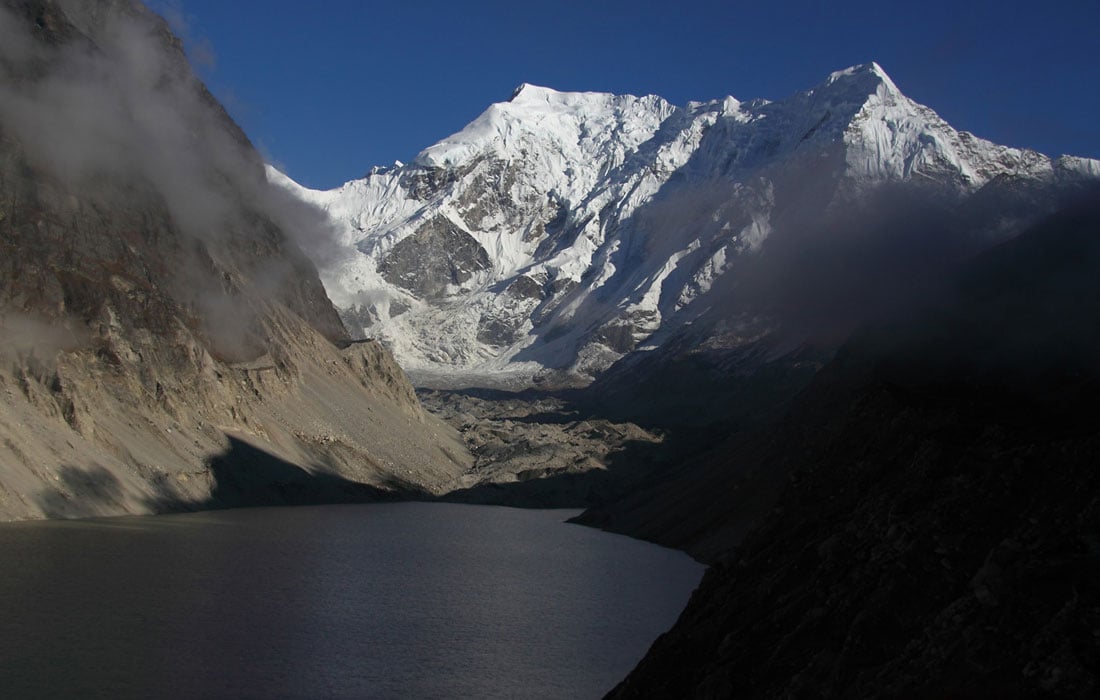 Rolwaling Valley Trek is a relatively new and less-known trek in the picturesque Rolwaling region of Nepal. Lies in the Gaurishankar Conservation Area (GCA), the trekking trail leads you to the beautiful Rolwaling Valley. It is a deep Himalayan valley tucked between the majestic Everest and Langtang mountain ranges. In 1951, Eric Shipman famously captured Yeti footprints on film a long time back. So, this valley is also known as the "Land of Yeti."

The Rolwaling Valley Trek itinerary begins with a scenic drive from Kathmandu to Jagat. From here, you'll start your trekking journey. In the Rolwaling trek route, you'll pass through several traditional settlements inhabited by the local communities of Sherpa, Tamang, and Chhetri. You'll hike through Simigaon, Bedding, Na and retrace the same trekking path before returning to Kathmandu.

Bedding is the lovely Sherpa village, the largest settlement in the Rolwaling Valley. Further, you'll also explore Na Gaon, where you'll visit an ancient monastery where Buddhist Guru Padma Sambhava is believed to meditate for a long time. Another prominent feature of this trek is exploring splendid turquoise Tso Rolpa (4,580m) lake, one of Nepal's largest pristine glacial lakes.

Throughout the trek, the captivating sight of snow-capped mountains, including Mt. Everest (8,848m), Cho Oyu (8,201m), Melungtse (7,181m), Gaurishankar (7,145m) Melungtse II (7,023m), etc. will leave you spellbound! This region is one of the rarely trekked regions with basic teahouse facilities, but still, the rewarding panoramic views and unique culture are some of the best experiences you would ever have in Nepal.

Customize your trip with help from our local travel specialist that matches your interests. 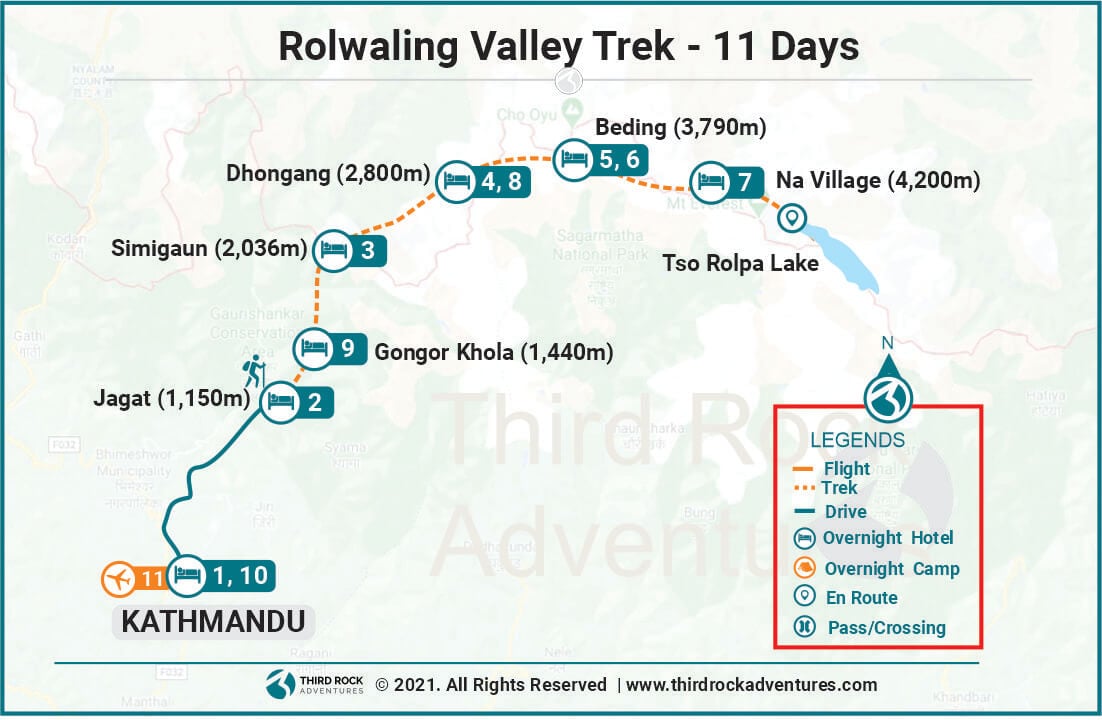 Welcome to the land of the Himalayan paradise of Nepal! Upon your arrival at Tribhuvan International Airport, a representative from Third Rock Adventures will receive you and escort you to the hotel. Once you reach the hotel, you'll complete the check-in formalities. After taking a rest for a while, you can stroll around the nearby streets and buy trekking gear if required. Later, your trek guide will debrief about the Rolwaling Valley Trek. After that, you can prepare for the upcoming trek.

Begin your day with a delicious breakfast and proceed to Jagat after completing the check-out formalities. On the road trip to Jagat, you'll enjoy the awesome countryside view, fast-flowing rivers, green hills, and magnificent snow-capped peaks. Also, you'll encounter several sightseeing places that come your way.

Enjoy the morning breakfast, and after completing the check-out formalities, you’ll leave Jagat. Today is the first-day trek with some steep climbing. As you leave Gongar, you'll follow the trail towards the north. After walking for 45 minutes, you'll reach Chetchet. Further walking for a few minutes, you'll cross the bridge over the Tamakoshi River. After crossing this beautiful river, you'll start to ascend till you reach the charming village of Simigaun. You'll see many lodges at the top of the village. Surrounded by green hills, the village itself offers a fantastic panorama. You can explore the village and visit a monastery on top of the ridge.

After treating yourself to the delicious Himalayan breakfast, you'll head towards Dongang. You'll take the trail that leads to the other side of the ridge and up the Rolwaling River Valley. Following the forest trail, you'll first descend and then ascend the famous stone steps. You'll continuously climb for a few hours. Along the route, you'll also get a wonderful glimpse of the majestic Gaurishankar Himal (7,134m). After trekking a few hours, you arrive at Dongang. 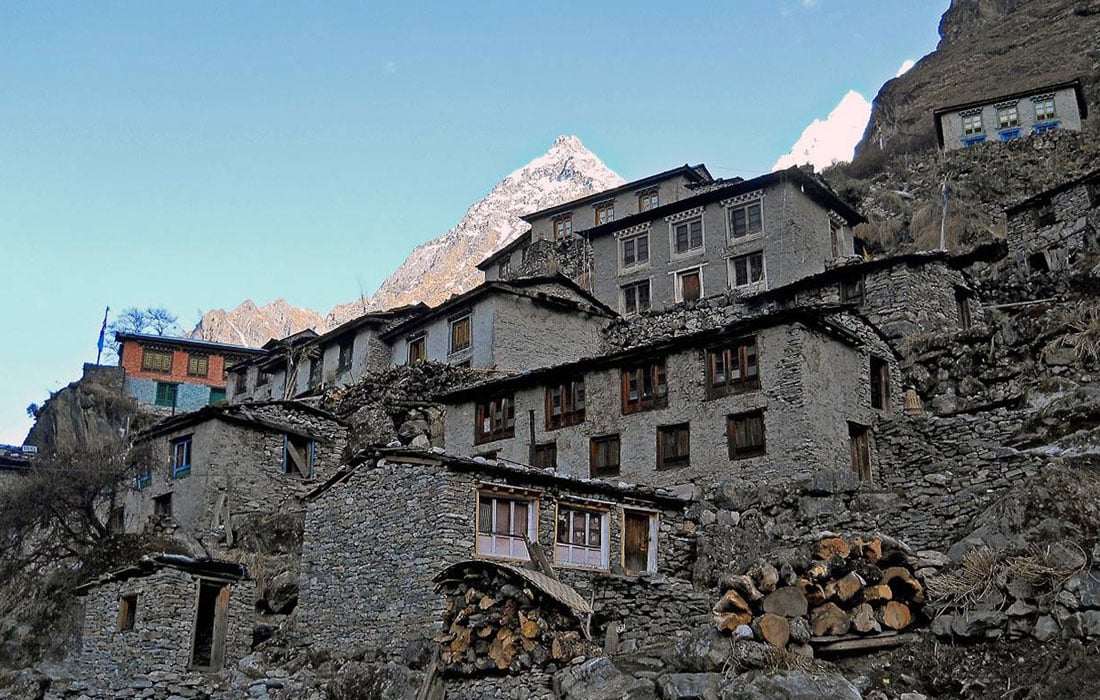 Relish morning breakfast, gear up to leave Dongang, and proceed towards Beding. Walking through a forest trail, you’ll continue your hike. En route, you'll enjoy the picturesque Himalayan views. After a few hours of walking, you’ll arrive at Beding, the last and alluring settlement of the Rolwaling region. Once you arrive at the village, you'll get stunned by the sight of snow-capped mountains and the region's majestic waterfalls. You can also visit nearby ancient Buddhist Gompa. Explore the village, interact with the local people, and learn about the local culture and tradition.

During high altitude trek, acclimatization is essential to adjust to the thin air of high altitude. Bedding is one of the best places to acclimatize during the Rolwaling Valley Trek. As the village itself is picturesque, you'll have a good walk around the town. In the nearby village, there is a good vantage point from where you'll get a majestic view of Gaurishankar's north face and surrounding peaks. Besides an astonishing mountain panorama, you can explore a small gompa built into the cliff above the village. After exploring the village, you can enjoy yourself at your leisure for the rest of the day. 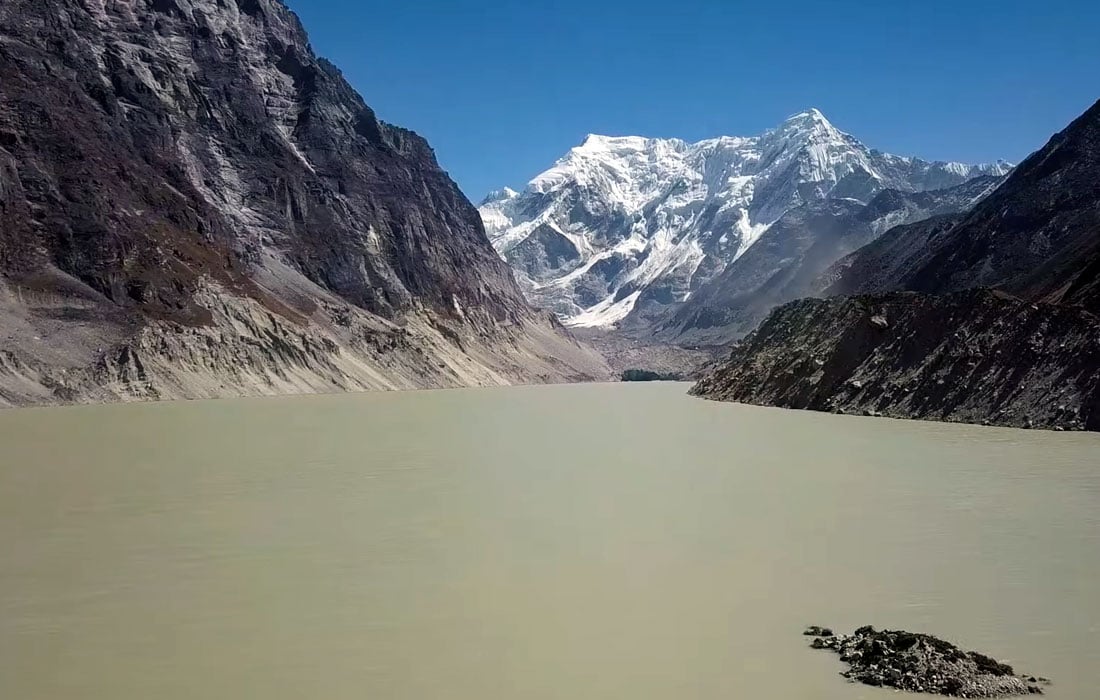 Wake up with the beauty of the majestic Himalayan ranges. Start your morning with a delightful breakfast as you trek from Beding to Na. Today's trail is spectacular; as you ascend, the route slowly opens up and from a V-shaped valley changes to a U-shaped valley. On the way, you'll enjoy the thrilling views of icefalls and waterfalls walking through on grassland and some Juniper bushes. Around after two hours of walking, you arrive at Na village lies just below the Tso Rolpa Glacier Lake. One of the oldest settlements of Rolwaling Valley, Na village offers some magnificent vistas. Further, you'll continue your trek enjoying the surrounding vistas of Ladung Himal and Mahalangur Himal Range. Walking along the bank of the Rolwaling River, you’ll reach Tso Rolpa, one of the most stunning deep blue and largest glacial lakes in Nepal.

Today you'll retrace steps on the trail you took earlier in the trek. After finishing up your breakfast, you'll begin your trek descending the same path that you took on the way up. Also, if you want to go up towards Dadlung La, you should turn at the bridge after Niyamare.

Today is your last day of the Rolwaling trek, and you'll follow the same trail you took earlier. You’ll hike on the ascending and descending path, enjoying the serenity and beauty of the Himalayas; you'll arrive at Gongar Khola.

After early morning breakfast, you'll drive back to Kathmandu. Green hills, snow-capped mountain views will accompany you throughout this scenic road journey. You'll pass through several traditional villages of mixed communities along the route. Upon your arrival in Kathmandu, you’ll return to your hotel and enjoy your leisure time. You can stroll around the bustling Thamel city and do some shopping or explore the surroundings.

The representative from Third Rock Adventures will help you transfer to an international airport and fly to your onward destination. Further, if you want to extend your trip, you’ll get more amazing options to extend your holiday in Nepal from Chitwan Safari to tours in Bhutan and Tibet.

Rolwaling trek is accessible throughout the year. However, the best time for Rolwaling Valley Trek is in the months of mid-October to mid-December. During these months, the views of the Himalayan peaks are at their best and visible. The diverse species of colorful flowers, including the national flower Rhododendron, are in bloom during March and May. The weather is also relatively moderate, neither too hot nor too cold. Summers in Nepal are not harsh, but only days are warm. But in the winter season in the higher altitudes like the Tso Rolpa Lake section might remain closed due to heavy snowfalls.

Rolwaling Valley Trek leads you to one of the exquisite off-beaten trails of Nepal. Most of the trekkers grade the difficulty level of the Rolwaling Valley Trek moderate to difficult. Typically, you have to walk for about 5 to 6 hours per day along the rugged path both uphill and downhill during the trek. Starting from Jagat at an altitude of 1,150m, the trek leads to Tso Rolpa Lake at 4,580m which is the trek's highest point.

You need to be more cautious and take precautions to avoid altitude sickness. Keep yourself hydrated and walk slowly at your own pace. Previous trekking experience and experienced trek guides are essential for this trek as it is one of the most challenging treks of Nepal.

Everest Base Camp in April - Travel Tips, Weather and More

How to get to Annapurna base camp - Itinerary, Map and Best Routes