Pandemic? It’s not there on Everest 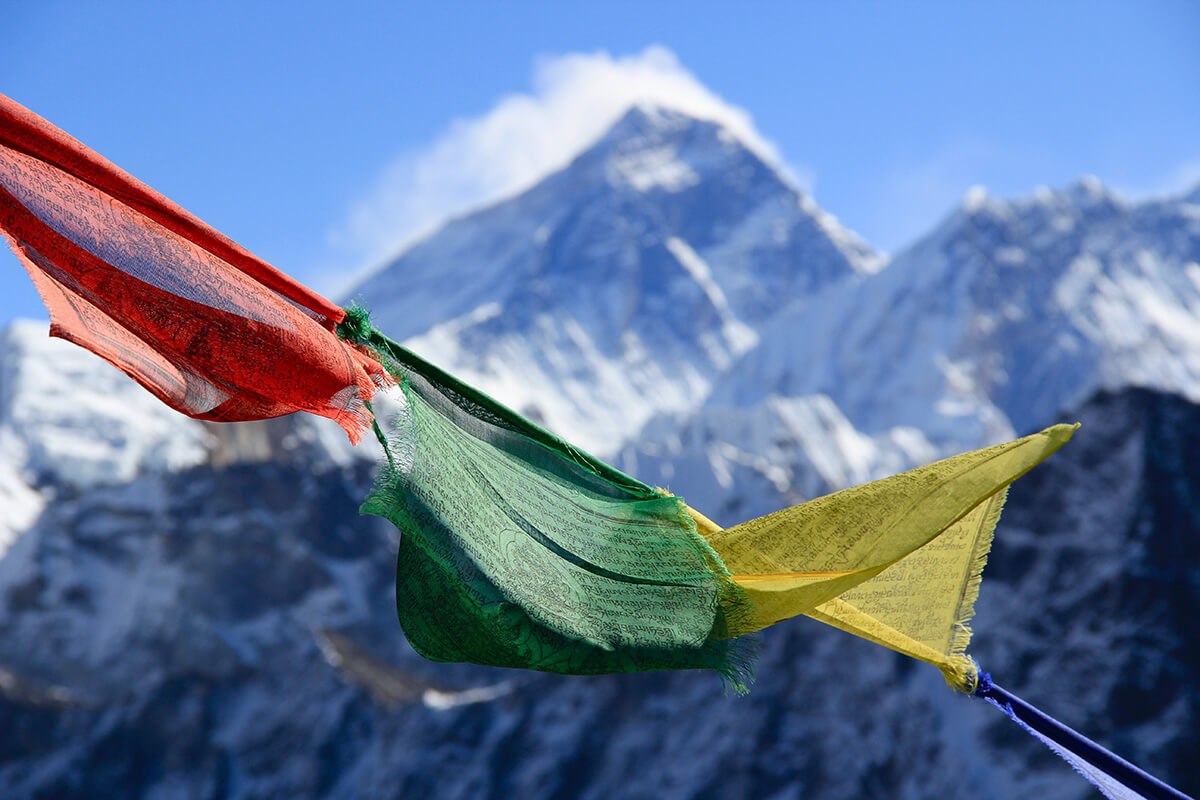 Everest, which ‘grew’ by more than two feet last year, is all set to see yet another rush of hopeful summiteers.

While the world is witnessing a resurgence of Covid-19 including in India, which has been breaking records for new cases every day in the past week, for Everest enthusiasts, it’s not a cause for concern.

And the Everest region is humming back with tourism activities after a painful 2020. Yaks and ponies are transporting supplies on their backs up to the everest base camp at 5,380 meters from Lukla’s Tenzing Hillary Airport, a small landing strip carved into the side of a mountain at 2,860 meters where expedition members usually fly into.

Icefall doctors, the dedicated team of high-altitude experts who fix the ropes and ladders up to Camp 2 to make the path easy for climbers, are already on their jobs. Hundreds of porters, high-altitude workers and staff at hotels and restaurants who had been laid off have got their jobs back.

Expedition outfitters, restaurants and hotels and logistic suppliers are back in business. In other words, the 2021 spring Mount Everest climbing season is underway.
Although the actual climb towards the summit takes place in May, climbers get to the mountain as early as March to acclimatize to the high altitude.

“This year, even in the midst of the pandemic, the climber numbers are expected to reach near-record levels,” said Ang Tshering Sherpa, former president of Nepal Mountaineering Association.

According to the Department of Tourism, the state agency that issues the climbing permits, 244 climbers–193 men and 51 women–have already been given permits to climb Everest as of Friday.

The attraction of Everest is good news not only for the workers and businesses but also for the government since royalty collection is significant. This year, the department has so far collected $2.64 million as fees for Everest permits.

“Given the trend, the number of climbers seeking Everest permits could rise to 350, or near the 2019 level,” said Mira Acharya, director at the department. “The number is better than expected in this current situation.”

In 2019, Nepal had issued Everest permits to 381 climbers, the record number so far.

According to Acharya, potential climbers have been complaining about the difficulties of air connectivity to Nepal as more countries are enforcing lockdowns and restriction measures.

Nepal too has employed extra measures during these extraordinary times. The Department of Tourism has set up a health camp with two doctors—a first—at Everest base camp.

The department is also piloting fitting GPS devices on some government employees deployed as liaison officers to support expeditions to see whether climbers can be traced to prevent false claims of reaching the Everest summit.

“If it is successful, the department will implement it in a full-fledged manner from next year,” said Pradip Raj Poudel, an engineer at the Tourism Ministry.

Another technical innovation this year is the setting up of biometric attendance for the liaison officers at least at two locations—in the department office at Bhrikutimandap and Lukla—to prevent false claims by government officials that they have been doing their duty.

Liaison officers will first have to log in on the biometric attendance system installed at the Department of Tourism before heading to the mountains. “It will show whether they reached their duty site and how many days they spend on duty,” said Poudel. Then there are the climbers.

There are those eyeing records of all sorts, according to sources within the mountaineering industry. Zhang Hong, 46, from Sichuan, China aims to become the first blind person from Asia and third in the world to climb Everest.

China has closed Everest to expeditions this year too. “He will be assisted by four climbing guides directly,” said Dawa Steven Sherpa, CEO of Asian Trekking. “The Chinese climber is confident.”

American Erik Weihenmayer, on May 25, 2001 had reached the summit of Everest from the Nepal side and became the first blind man ever to do so. On May 21, 2017, Andy Holzer of Austria, visually impaired since birth, became the second blind man to successfully summit Everest via the North Col route, or the China side.

Industry insiders say that Colin O'Brady plans to climb Everest and the 8,516-metre Lhotse, the world’s fourth-highest peak, in one go. The summit to the two peaks diverges at the South Col situated at 7,906 metres.

This double-summit feat was achieved by American guide Michael Horst on May 14, 2011. Horst climbed Everest and Lhotse in under 21 hours.

While Horst had used supplementary oxygen during the two climbs and his recuperation in the South Col camp, according to alpinist.com, O’Brady plans to achieve the feat of back-to-back ascents of Everest and Lhotse without bottled oxygen.

Spanish climber Kílian Jornet plans to explore the dangerously difficult West Ridge of Everest without supplemental oxygen. Willi Unsoeld and Tom Hornbein, two members of an American team, had climbed Everest using the West Ridge in 1963, a decade after Tenzing Norgay and Edmund Hillary had reached Everest by the South Col route.

Arjun Vajpai of India, who had climbed Everest in 2010 at the age of 16, becoming the youngest Indian climber to do so, is back on the mountain after 11 years and this time, he is climbing without the supplemental oxygen.

“A dream which I had since the first time I stood on top of Everest as a 16 year old! [sic] I head back to Mt. Everest after 11 long years but this time without oxygen!” he wrote on his Facebook page.

A Qatari woman is on a quest to complete the Explorers Grand Slam—reaching the summits of the seven highest mountains in all seven continents and the two poles.

After reaching the North Pole, climbing the 6,959-metre (22,831 feet) Mount Aconcagua in South America and the 5,895-metre (19,340 feet) Mount Kilimanjaro in Africa, Sheikha Asma Al Thani’s sight is now set on Everest. If she climbs Everest, she will also be the first woman from her country to climb the mountain and 472nd from the world, from the Nepal side.

Another 16-member royal Bahrain team, who controversially arrived with 2,000 doses of Covid-19 vaccines for the people of a village in Gorkha, is also acclimatizing in the Everest region.

According to Guinness World Records, the site that records ultimate record-breaking facts and achievements, the most number of people to reach the peak of Everest on a single day is 354, with 212 climbers from the Nepal side, as recorded on 23 May 2019. This is considerably more than the previous record of 266 people, set on 19 May 2013.

A total of 6,507 mountaineers have climbed Everest from the Nepal side.

The unprecedented—and some would say alarming—number of climbers during the 2019 spring season was highlighted in a photograph taken on May 22 by Nirmal “Nims” Purja showing a serpentine line of climbers all the way along Hillary Step, below the summit, with some 100 people attempting to descend as around 150 pushed up the narrow ridge, the Guinness World Records said.

“The increase in the number of ascents was attributed to a narrow window of opportunity as the weather cleared on 22-23 May, forcing hundreds of climbers to tackle the last part of the ascent. Despite the successes, at least three people died during this busiest of days,” it said. Overall, in 2019, 11 people died on Everest, 10 from the Nepal side.

“There are tragedies on Everest every year, but it doesn't seem to have deterred adventure enthusiasts,” said Sherpa, the former president of Nepal Mountaineering Association.

In fact, according to him, the number of potential climbers would have been higher than it is so far this year if the government had not delayed easing the quarantine provision and resumption of on-arrival visa.

“Otherwise, the mountaineering industry would be on its pre-Covid-19 levels this spring,” he said. “But despite the delay, things are on track. The industry is optimistic to recover from such a deadly financial blow.”