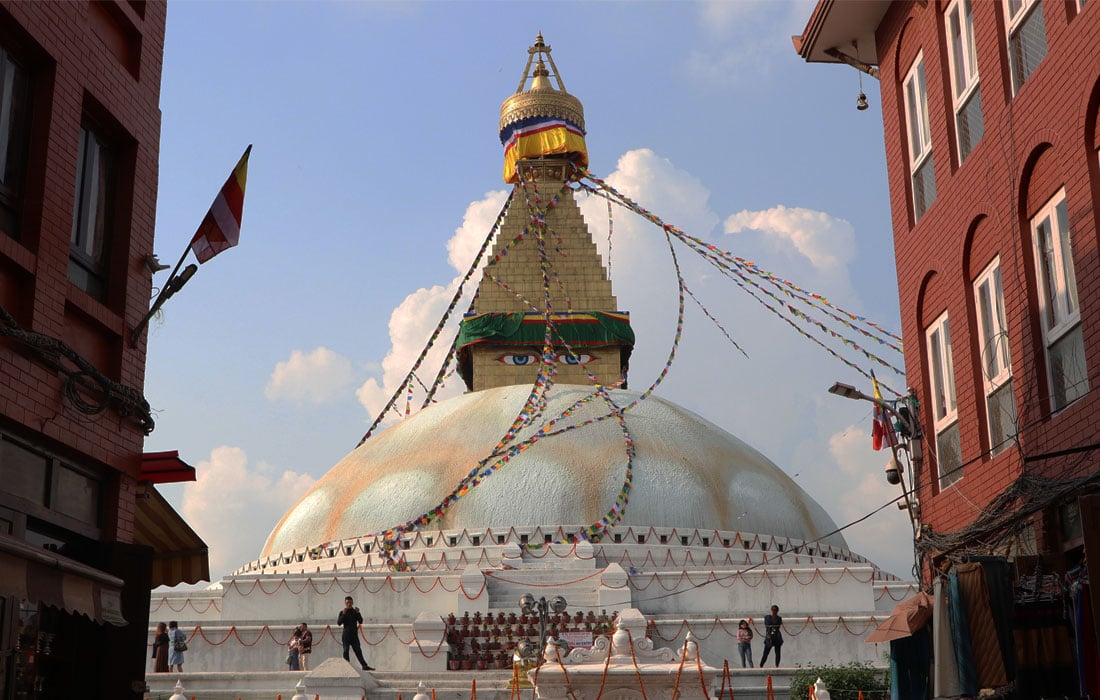 Seven World Heritage Day Tour of Kathmandu Valley is a perfect day tour to explore all the world heritage sites inside Kathmandu valley in just a day. When visitors are in Kathmandu, the majority of them miss visiting all of the sites. The itinerary is meticulously crafted that covers all the prominent sites of the sprawling capital. Travel in a private jeep with a knowledgable and astute guide who offers information and backgrounds of the sites.

The tour starts and ends in Kathmandu. Take a walk around the ancient UNESCO World Heritage Sites and immerse in the grandeur of the medieval cities of Patan and Bhaktapur. Visit Boudhanath Stupa and Swayambhunath Stupa, and take a leisurely stroll around all three durbar

Day Tour in Kathmandu.
In just about 24 hours I explored 7 Unesco sites located in Kathmandu, Bhaktapur, and Patan cities. It was overwhelming experience. The guide was high...

Prince Saunders   | April 16, 2022
7 UNESCO sites tour
It was a great day tour with an amazing guide. The streets were a bit off for me but the site and its immediate surrounding was amazing. Most of all, ...

Kathmandu Durbar Square is one of the three ancient durbar squares in Kathmandu valley, built by Malla kings during the 15th and 16th centuries. Within the immediate area of this world-famous site, there are Kumari Bahal or the House of the Living Goddess, Hanuman Dhoka Palace Museum,Taleju Temple, Mul Chowk, Nasal Chowk, Nau Table Durbar, and the shrine of Kaal Bhairav. Inside the Hanuman Dhoka Palace are courtyards and living quarters of the Malla and Shah Kings. 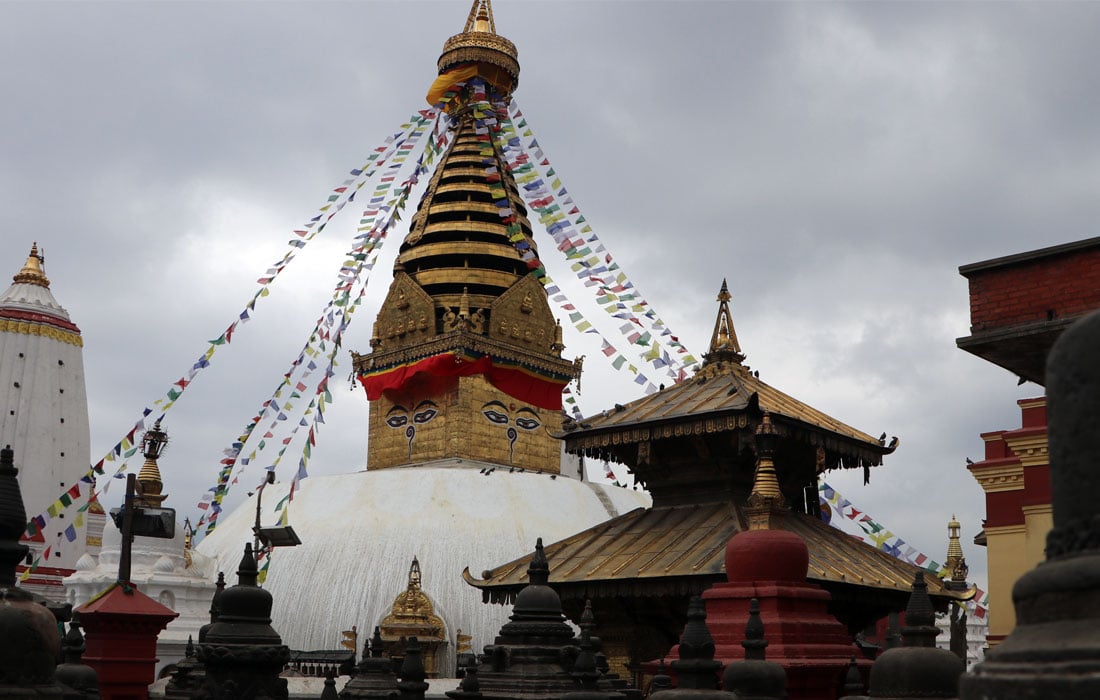 The must-visit place in Kathmandu is Swayambhunath Stupa, one of the oldest religious sites in Nepal. Also called the Monkey temple, Swayambhunath Stupa sits atop a hill and overlooks the Kathmandu valley offering a bird-eye view of most parts of Kathmandu valley. Swayambhunath can be reached within 30 minutes by bus. The enormous whitewashed dome with the all-seeing eyes of Buddha is visible from miles away. Climb 365 stone steps to the stupa and admire the splendid view it has to offer.

Visit the holiest site for Hindus and pay homage to Lord Shiva at Pashupatinath Temple. Lying beside the sacred Bagmati River, the gilded pagoda-roofed temple dates back to 400AD. A large bronze statue of Nandi the ‘Bull,’ the sacred vahana(vehicle) of Lord Shiva, guards the entrance. The Hindu cremation site of Arya Ghat lies below the temple. Hindus believe that cremating the dead at Arya Ghat helps the dead attain salvation.

Patan Durbar Square is yet another UNESCO world heritage site inside Kathmandu valley. Famous for its stunning display of Newari architecture, Patan Durbar Square welcomes hundreds of travelers every day. It boasts several temples, palaces, and courtyards. Most of the structures date back to the Malla era. Patan Palace, which now houses a museum, was a residence of the Malla kings. There are 136 bahals or courtyards and 55 major temples in and around Patan Durbar Square. 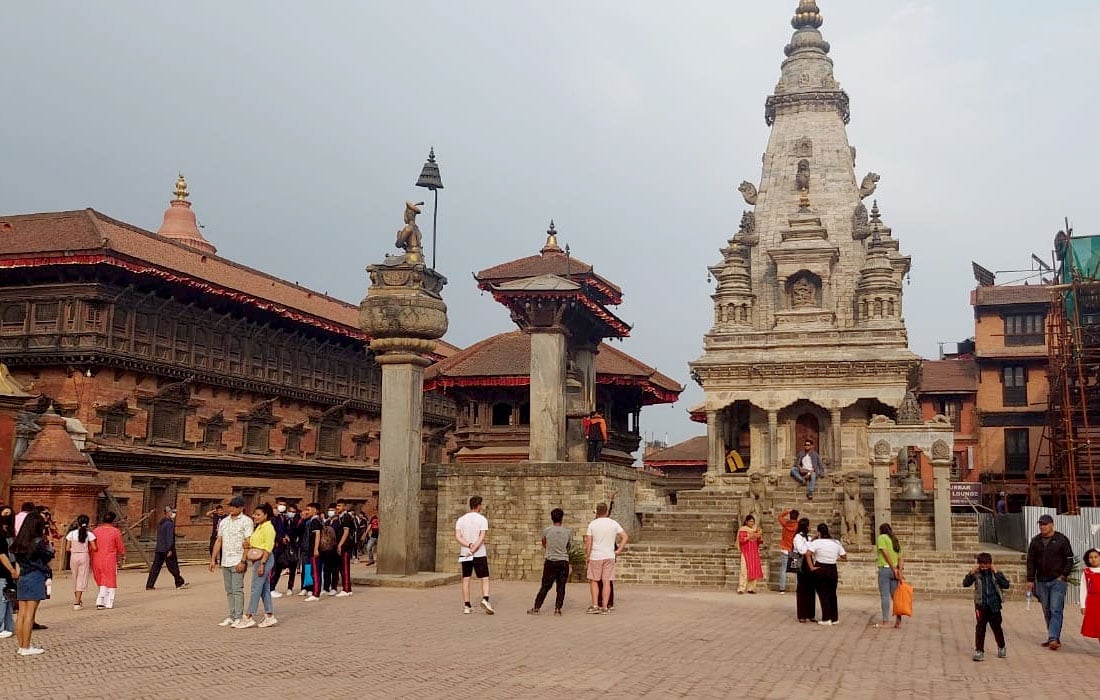 Visit the ancient Hindu temple of Changu Narayan, believed to be the oldest temple in Kathmandu valley. Located deep in a verdant forest, the Changu Narayan temple is built in the two-tiered pagoda style. The temple dates back to the Licchavi period (450 AD-750 AD) and is dedicated to Lord Vishnu, one of the Hinduism deities. On the way to temple, you can visit Changu Museum, which is supposedly the first private museum in Nepal. The courtyard of the temple is dotted with extraordinary carvings, stone, and metal artifacts dating back to Licchavi and Malla periods. Walk around and soak in the peaceful ambiance, gazing at the historical works of art. Finally, wrap up your tour with a drive back to your hotel.

100%
Based on 2 reviews
Need Help Booking?
Are you satisfied with this itinerary?
GET A TRIP QUOTE
Not Really Satisfied?
Customize This Trip
Talk with our local travel specialist
Chat via WhatsApp

United Kingdom
Apr 16, 2022
Day Tour in Kathmandu.
In just about 24 hours I explored 7 Unesco sites located in Kathmandu, Bhaktapur, and Patan cities. It was overwhelming experience. The guide was highly knowledgeable about the place and friendly enough for a great day-tour. Thanks to Naba for such an amazing travel experience.
Best and Selected Tours,
Yes
Bailey Black