10 Amazing Things To Do In Nepal 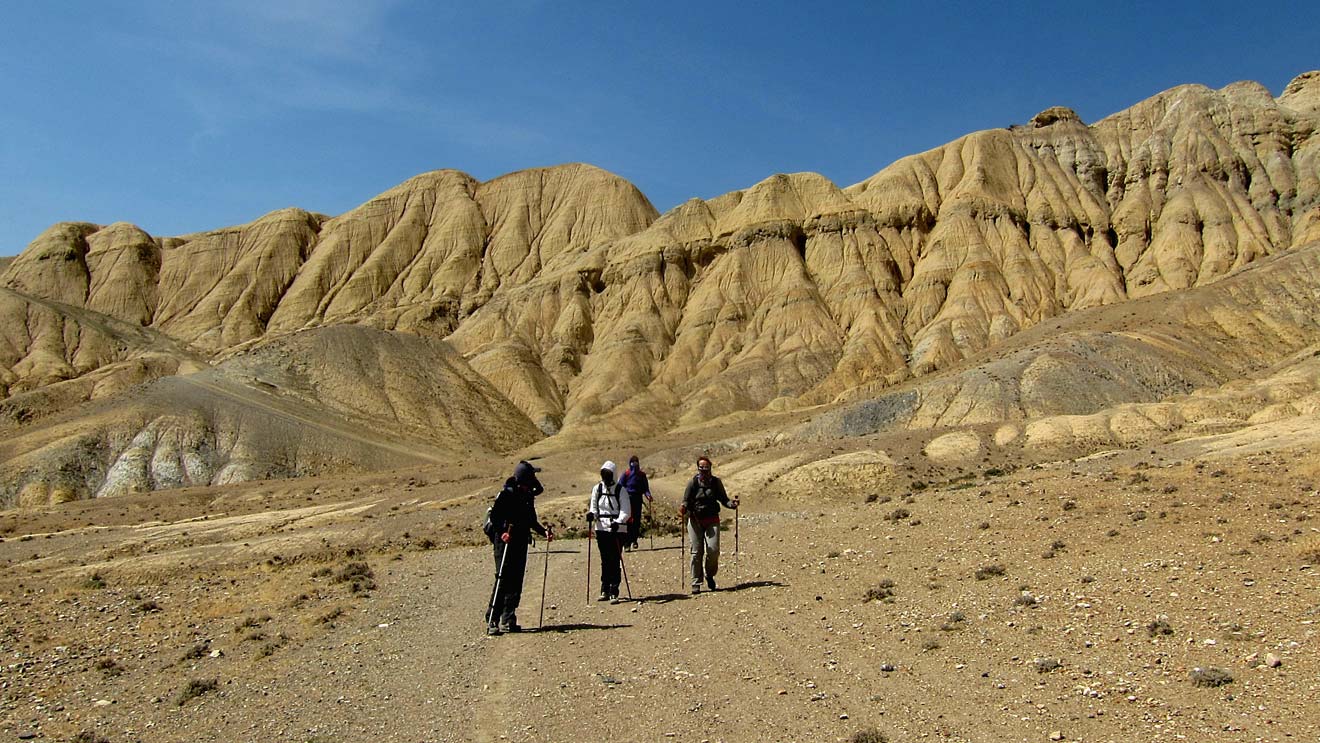 If you are visiting this country, there are so many things to do in Nepal. Mountain adventures, cultural tours or pilgrimages, there’s something for everybody. Nepal is known as the land of soaring Himalayan peaks, medieval palaces, ancient Hindu and Buddhist shrines.

The many temples and stupas in Kathmandu are treasure troves of oriental art and architecture. The country has been a pilgrimage destination for people on a spiritual journey. This tiny Himalayan nation is home to 8 of the 14 highest peaks in the world, including Mount Everest or Sagarmatha (as the locals call it), the highest peak in the world.

Apart from the mighty eight-thousanders, several 7000 and 6000-meter peaks flank the country’s borders from east to west making it a veritable paradise for climbers, trekkers and thrill-seekers. Outdoor adventures such as Bungy Jumping, Paragliding, Rafting, Wildlife safari, Skydiving, Mountain Biking etc. are operated with strict safety standards in place. Here are the 10 Amazing Things To Do In Nepal.

Nepal is an adventure lover’s paradise. The country has eight of the fourteen highest peaks in the world, including the tallest – Mount Everest. Trekking in Nepal is a unique experience. Every trekking season, trekkers from all over the world flock to Nepal to walk on the mountainous trails.

In most of the trekking routes, one can avail food and accommodation facilities at teahouses or mountain lodges. The trekking trails range from easy trek  to difficult and challenging trek. There is a trail for everyone; from novices or beginners to the seasoned and hardy trekkers looking for a challenge.

If you are a first timer trekking in the Himalayas then the Ghorepani Poon Hill Trek or the Langtang Valley Trek is best suited for you. The hills around Kathmandu and Pokhara serve as ideal destinations for short day hikes. If you are in either of these cities and are looking for a hiking adventure, then you can try hiking around Nagarkot or Champa Devi in Kathmandu and Naudanda Sarangkot Hike in Pokhara.

The trail leading to Everest Base Camp receives the highest number of trekkers in Nepal. The Everest Base Camp trek is also one of the popular adventures in the world. This EBC Trek has been listed as one of the Top Ten Treks/Hikes in the World by Lonely Planet, National Geographic, BBC Travel, CNN Travel etc.

The best months to trek are January to June and October to December. Rainy or monsoon season is known as ‘off season’ as the trails get dangerous due to the rains. Trekking and hiking in Nepal is fun and full of adventure. There is something for everybody, be it long adventurous treks or short easy hikes, which are equally rewarding.

Peak Climbing in Nepal is one adventure that mountaineers from all over the globe don’t want to miss out on. Nepal is a country of mountains. Though a tiny nation, the country has more than a thousand peaks rising above 6000 metres and innumerable 5000 and 4000 metre hills stretching from east to west.

From novice climbers to seasoned mountaineers, Nepal has a peak for all level of climbers. Anything below 6000 metres is regarded as a ‘hill’ or in local parlance a ‘danda’.  It is interesting to note that some of the highest peaks in the seven continents are no higher than an average Nepalese hill – for example Australia’s Mount Kosciuszko (2228m/7310ft) and Antartica’s Mount Vinson (4,897m/16,067ft).

Home to 8 of the 10 highest peaks in the world, Nepal is the ultimate destination for mountaineers. The world’s tallest mountain Mount Everest (8848m), locally known as Sagarmatha and Chomolungma, rise up high in the Khumbu or Everest region of Nepal.

Nepal is home to ten UNESCO World Heritage Sites (8 cultural and two natural). A cultural tour to these ancient monuments and heritage sites will give you a glimpse of the superior artistry of the ancient Nepalese artisans. Walk through the medieval durbar squares in Kathmandu, Bhaktapur, and Patan. Visit Boudhanath Stupa, the largest stupa in Nepal and a center of Tibetan Buddhism.

Nepal is also an important pilgrimage destination for both Hindu and Buddhist pilgrims. The country is known as the abode of 33 crore Hindu gods and goddesses. Pashupatinath Temple, Swayambhunath Temple, Lumbini (birthplace of Lord Buddha), Muktinath Temple, Halesi Mahadev etc. are some of the sacred pilgrimage sites.

Nepal is blessed with some of the wildest and spectacular glacial rivers in the world. River runners consider Nepal as one of the best places in the world for rafting. You can experience all class of rapids because one has a lot of options to choose from.

The best time for rafting in Nepal is usually September to early December and March to June. This is when the weather is the best and the water is the warmest. You can go on a day trip with family and friends or on long river expeditions where you will be camping on the white sandy beaches and sleep in tents.

Bunjy Jumping is one of the most popular adventure sports in Nepal. The bungy jumping site at Kodari (Nepal-Tibet border), a metal suspension bridge over the Bhote Koshi river, is one the most spectacular bungy jumping sites in the world. This remarkable 500ft (160m) drop into the Bhote Koshi river on the Nepal-Tibet border offers one of the longest freefall in the word.

It’s an adventure that gives you the feeling of flying for a couple of seconds. If you are an adrenalin junkie, this is the sport for you. The bungy jumping site at Kodari is located very close to Kathmandu and is easily accessible by road. It’s a must visit for all adventure lovers.

There’s also a bungy jumping tower (80 metres high) in Pokhara. The site lies about twenty minutes’ drive from Lakeside, in a scenic location surrounded by mountains and Seti River. If you want to try out bungy jumping then just book our Nepal Multi-Adventure Holiday

A luxurious way of sampling Nepal’s scenic delights is via a helicopter. If you want to experience the Himalayas without walking for days on end then our Everest  Base Camp Helicopter Tour is for you. Book an Everest Heli Tour and fly close to the mountains in just a day. You will get to view some of the highest peaks in the world from the comfort of a helicopter.

Get a bird’s eye view of Sherpa villages and soaring Himalayan peaks. Enjoy a brief stopover at Kala Patthar, one of the highest viewpoints in the world at 5550 metres. Fly over the Everest Base Camp and enjoy close up views of Khumbu Icefall, Western Cwm, Mount Everest (8848m) and its neighbouring peaks Lhotse(8516m), Nuptse(7861m) and Cho Oyu(8,201m).  The heli tour lasts for just a few hours. In a day you will be able to reach Everest Region and return to Kathmandu without moving a muscle.

You will have a clear view of the mountains without the clouds hindering your view.  The mountain flight takes off from Tribhuvan International Flight and flies east (where most of the highest peaks of the Himalayan range are located) parallel to the soaring white peaks. From your window seat enjoy a panoramic view of some of the tallest peaks in the world.

Nepal has a diverse geographical terrain - from snowy high mountains to green hills and tropical Terai lowlands. The country is blessed with rich flora and fauna. Nepal is home to several endangered species found in this planet.

From pitched roads to gnarly trails, from bumpy tracks to sweet downhill, a biking adventure around Kathmandu is perfect for biking enthusiasts. If you are looking for something extreme and hardcore, then you can head to Mustang or Lower Everest or complete the Annapurna Circuit.

If you are planning to climb a mountain and are looking for a place in Kathmandu to practice then you should head to the rock climbing spots on the outskirts of the city. The rock climbing centres at Balaju, Nagarjun and Hattiban features vertical rock faces and cliffs ideal for a grueling session of climbing. If you don’t want to venture too far out from the city, you can head to Astrek in Thamel, which has an indoor wall climbing facility.